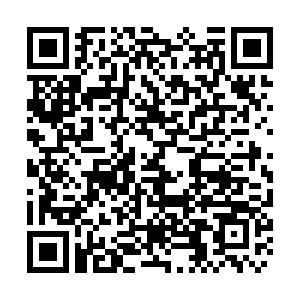 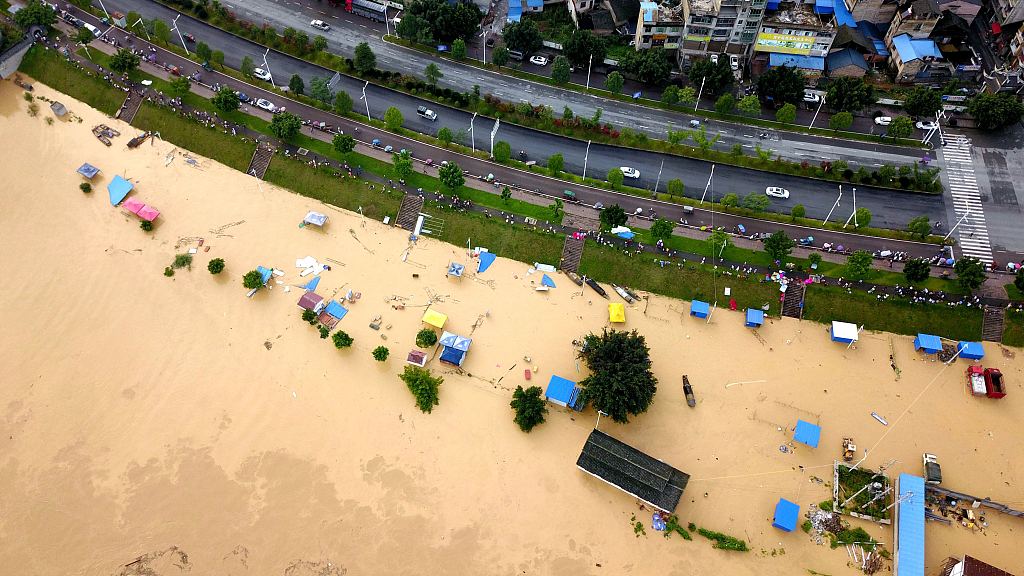 As waves of devastating floods sweep across southern China, buildings have collapsed, bridges have begun to show cracks, and roads have been left inoperative.

Long Cuijiao, a resident in Guangxi Province's Lipu city, can't shake off the memory of seeing her house collapse.

Long was standing on the rooftop of her apartment with her son on the back when the flood came roaring through her entire community. As the buildings surrounding her came crashing down, Long began to also hear the sound of cracking from her own home and realized their lives were under imminent threat.

She was in shock, but her son's innocent voice sent her comfort and helped her pull through. "Mom, we will be rescued."

Rescue soon arrived but Long and her son were left with only a wreckage of their home.

The flood, caused by a relentless spate of heavy rains, have hit 26 provinces mostly located in the south of China since early June. Many people's lives have been seriously disrupted by the disaster, with over 5,200 homes destroyed and more than 138,000 houses damaged.

More destructive is the human toll. About 495,000 people have been dislocated and at least 39 people have either died or gone unaccounted for. Some 8.5 millions have been affected to a certain extent. 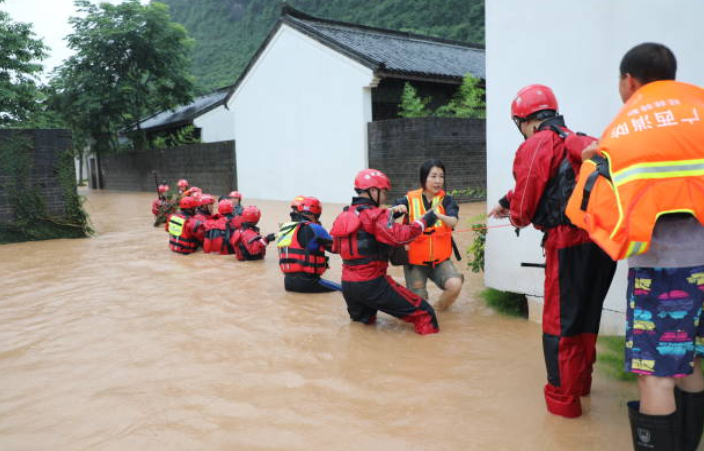 In east China's Anhui Province, local authorities have earmarked nearly one million yuan for flood control and rescue work, and purchased daily commodities for those affected.

A number of counties in Guangdong Province have almost been engulfed by flood, with houses left underwater and people stranded. Bamboo rafts have become the main transport vehicle. They were deployed en mass for rescue workers to move across counties evacuating residents and distributing essential supplies.

Landlocked southwestern Guizhou Province and Chongqing municipality were among the worst hit, with hundreds of thousands displaced, but with few casualties.

The overwhelming rainstorms have lasted for more than half a month and show no sign of abating. Regions across vast stretches of the country are still on high alert.

According to China's flood control agency, further downpours are expected in Guangxi, Hunan, Guangdong and other southern provinces from Friday through Tuesday. While some areas are beginning to catch a breather from the aftermath of floods, others are poised to face the heaviest rainstorms yet.

Tourist areas also took a heavy toll. The unfolding disaster has put some popular tourist destinations such as Yangsuo practically out of service. Others have closed and refunded tickets as risks of flooding and mudslides loom large.

In urban areas where damages have largely limited to infrastructure, the waterlogged streets made it difficult for people to commute, while buildings were submerged and cars got washed away. Some of the hardest-hit areas suspended work and classes temporarily. 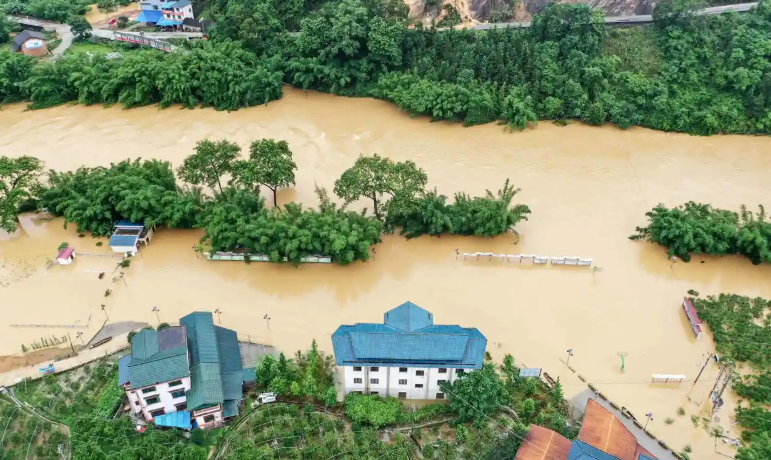 Estimates have put direct economic losses over 24 billion yuan (3.4 billion U.S. dollars) and about 861,000 hectares (2.1 million acres) of farmland have been damaged.

China has had more than 20 heavy rainstorms this year, the second highest since 2013.