Seven decades at war: Is peace possible for Pyongyang and Seoul?
Gabriela Bernal 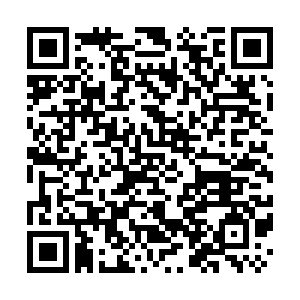 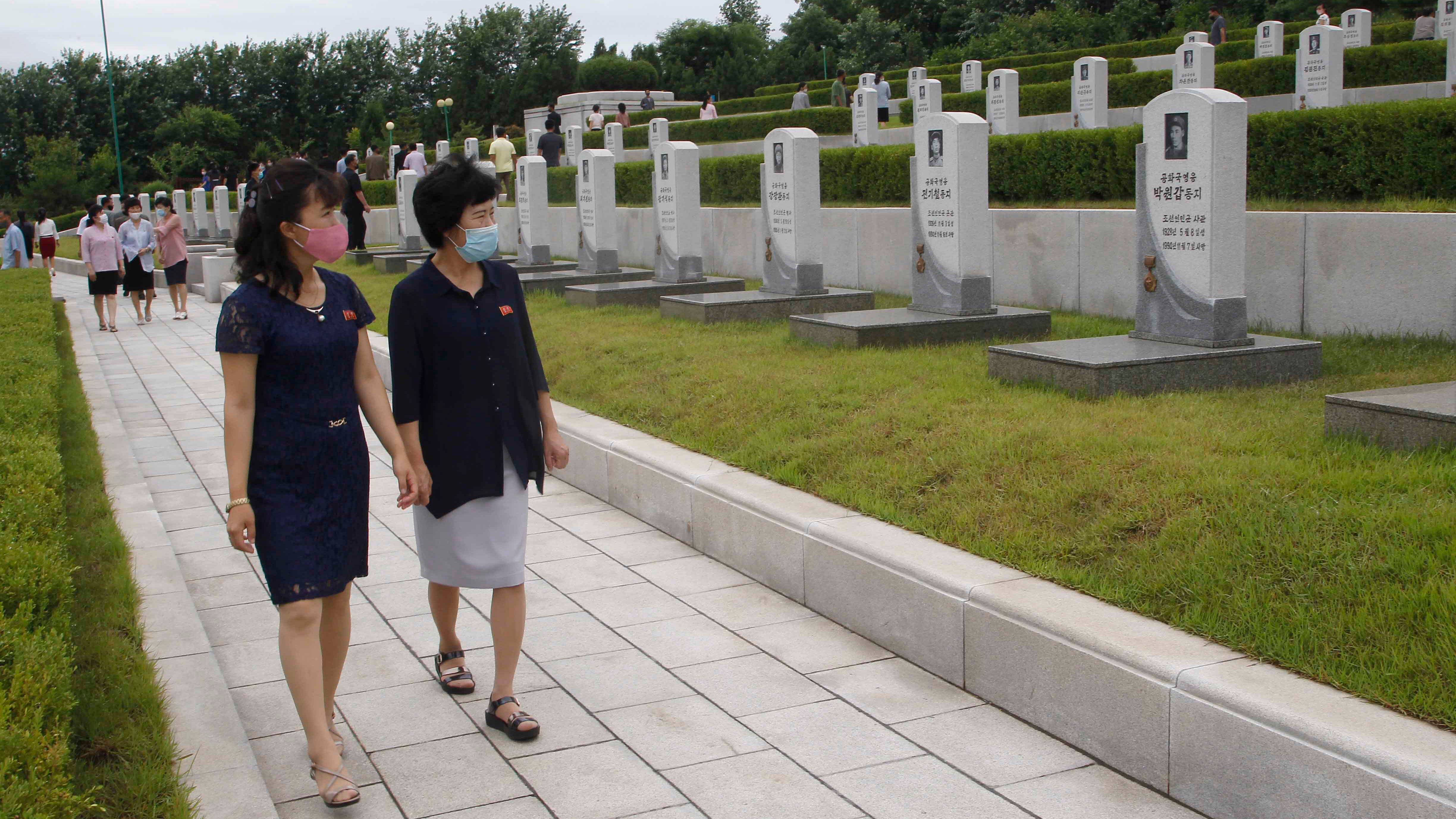 People from the Democratic People's Republic of Korea (DPRK) visit the Fatherland Liberation War Martyrs Cemetery to pay respects to the fallen soldiers of the Korean People's Army in Pyongyang, the DPRK, June 25, 2020. /AP

People from the Democratic People's Republic of Korea (DPRK) visit the Fatherland Liberation War Martyrs Cemetery to pay respects to the fallen soldiers of the Korean People's Army in Pyongyang, the DPRK, June 25, 2020. /AP

Editor's note:  Gabriela Bernal is a Korean analyst and a Ph.D. student at the University of North Korean Studies in Seoul, South Korea. The article reflects the author's opinions, and not necessarily the views of CGTN.

It has been 70 years since the start of the Korean War. Yet, till today, the conflict has no end in sight. A peace treaty was never signed, meaning the war between the two Koreas – what is today called the Democratic People's Republic of Korea (DPRK) and the Republic of Korea (ROK) – is ongoing since an armistice, not a peace treaty, ended the hostilities in 1953. But, seven decades later, what has changed?

In the year 2020, the two countries are not much closer to peace than they were decades ago. Sure, there are no bombs being dropped, but it's impossible to speak of a "peaceful" Korean Peninsula.

The current problems have been long in the making and were mainly orchestrated by foreign powers. When the Soviet Union and the United States chose to temporarily divide Korea in half after the defeat of Japan in 1945, Koreans could never have imagined the long-term consequences. The Soviets took control north of the 38th parallel, while the U.S. had control over the southern half of the country. What was meant to last only until the holding of UN-supervised elections ended up becoming a permanent division of the country that has remained to this day.

And that's where we're at now. Under Soviet influence, the DPRK to the north became, and remains, a communist nation while the ROK in the south has adopted a Western-style democracy.

Engagement between both countries has been a roller-coaster of highs and lows over the years. Some highs include the first inter-Korean summit held between ROK President Kim Dae-jung and DPRK leader Kim Jong Il in Pyongyang in 2000. That high was followed by a deep low when it was discovered the ROK government had paid the DPRK over 500 million U.S. dollars to have the summit. That incident became known as the "cash-for-summit" scandal.

Examples like this are various and a concerning yet prominent characteristic that has dominated inter-Korean relations for years. We need not look far to find the most recent example. Let's take the 2018 inter-Korean summit between President Moon and Kim Jong Un, during which they signed the beautifully worded Panmunjom Declaration. That agreement went up in smoke last week when the DPRK blew up the 15 million U.S. dollars inter-Korean liaison office (which was erected in 2018 as well, during a "high" period). 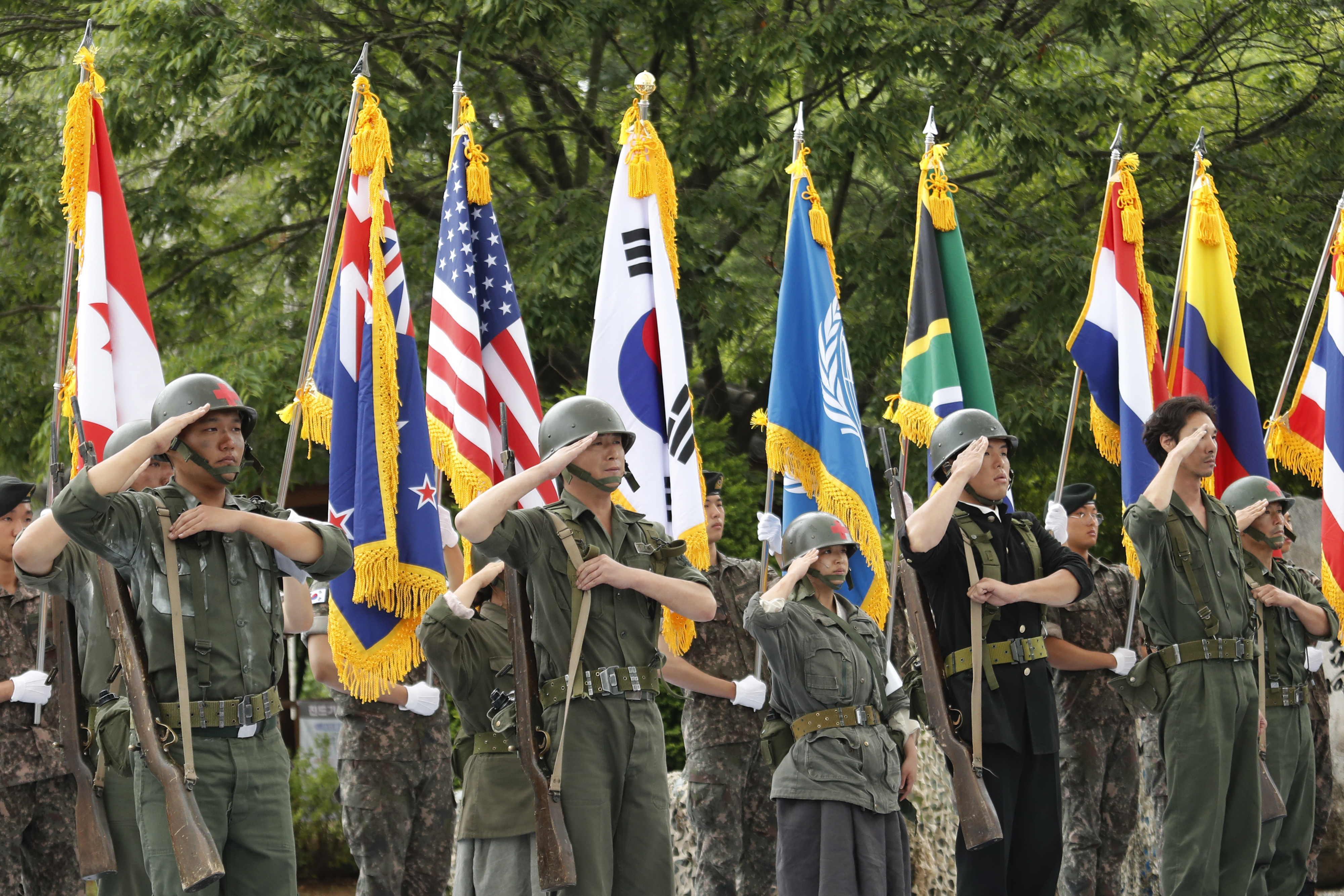 Actors wearing military uniforms with flags of countries invovled in the Korean War salute during a ceremony to mark the 70th anniversary of the outbreak of the Korean War in Cheorwon, near the border with the DPRK and ROK, June 25, 2020. /AP

Actors wearing military uniforms with flags of countries invovled in the Korean War salute during a ceremony to mark the 70th anniversary of the outbreak of the Korean War in Cheorwon, near the border with the DPRK and ROK, June 25, 2020. /AP

Despite all the attempts at diplomacy and summitry, inter-Korean relations remain tense and their future relationship is difficult to predict. This is mainly because, ever since the end of the war, the DPRK has maintained a steady pattern of heightening tensions on the peninsula. This pattern of heightening and then trying to diffuse tensions is clearly visible to this day.

For example, this week Kim Jong Un said he was suspending the planned military actions against ROK. What does this exactly mean? We don't yet know. Ever since this statement, the DPRK has dialed down its anti-ROK rhetoric and even made efforts at lowering military tensions along the DMZ by removing loudspeakers they had installed a few days prior. These highs and lows, back-and-forths between the two countries makes it difficult for anyone to accurately predict what will happen on the peninsula next.

But, what we can talk about is what should happen. And that is to get the U.S. and DPRK back to the negotiating table. This is unlikely to happen before the U.S. elections, but should occur as soon as the next president is inaugurated. For the sake of peace on the Korean Peninsula, it would be more beneficial were Trump to get re-elected. Biden has already ruled out meeting with Kim and has shown zero interest in the Korea issue, so a President Biden would only serve to heighten, not diffuse, tensions between the two Koreas.

The Korean War can only come to an end if the United States and DPRK agree to sign a peace treaty. ROK never signed the armistice agreement, so this is in essence a matter that only the Americans and those in the DPRK can resolve among themselves. A peace treaty would be the first step towards the viable denuclearization of the peninsula as well as the beginning of the opening up of DPRK and, with that, an improvement of its humanitarian situation.

Seven decades is long enough, and it's high time this dragged-out war finally be put to an end.