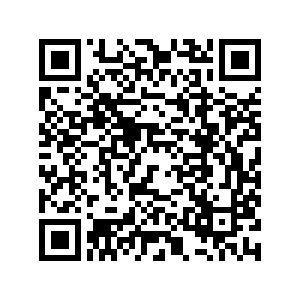 U.S. President Donald Trump on Thursday struck out at New York Mayor Bill de Blasio over plans to paint a Black Lives Matter mural on Fifth Avenue across the street from Trump Tower. 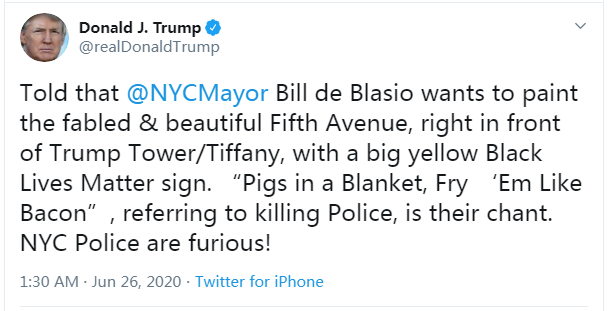 The mayor's office had said Wednesday the mural would be painted across from the president's skyscraper in Midtown Manhattan, where he stays when he visits his hometown. The mural is expected to complete before July 4, the U.S. Independence Day.

Trump continued, tweeting that New York officers were "furious" over alleged cries from movement protesters of "Pigs in a Blanket, Fry 'Em Like Bacon" which he said referred "to killing Police."

That chant is not among those commonly used by protestors in New York marching to support black lives. 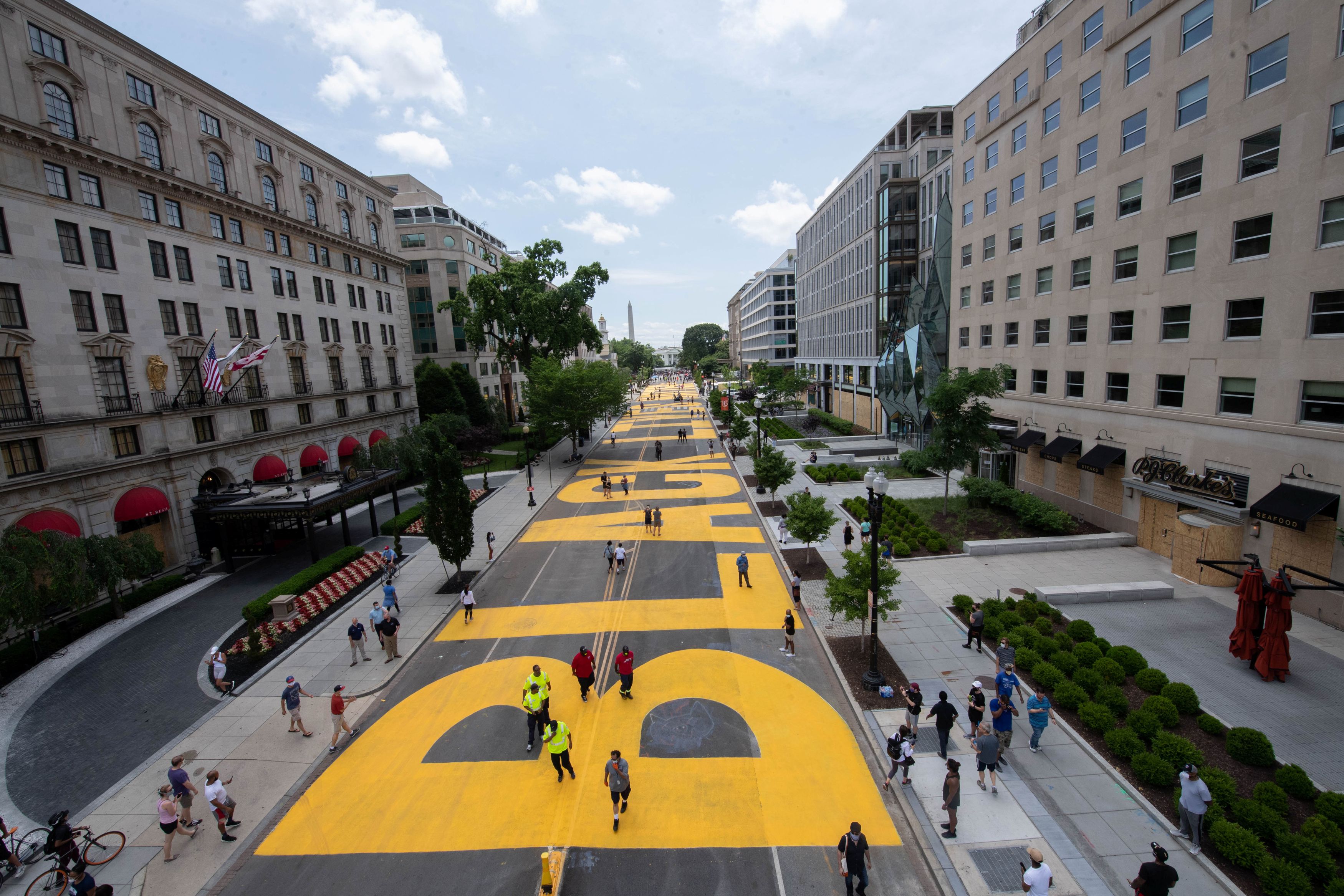 A Black Lives Matter sign is painted on a street, during nationwide protests against the death in Minneapolis police custody of George Floyd, in Washington, D.C., U.S. June 5, 2020. /Reuters

A Black Lives Matter sign is painted on a street, during nationwide protests against the death in Minneapolis police custody of George Floyd, in Washington, D.C., U.S. June 5, 2020. /Reuters

Similar murals to the one planned for New York have been painted elsewhere in the U.S. to show support for the BLM movement that's at the forefront of public consciousness following weeks of anti-racism protests.

Washington Mayor Muriel Bowser renamed an area near the White House that became the epicenter of demonstrations "Black Lives Matter Plaza" and unveiled a giant mural on the street.

Trump has spent little time in New York as of late, and changed his official residence to Florida last year.

His business empire remains headquartered in New York, however.

Also on Thursday the Republican president lashed out in a tweet at a leader of the Black Lives Matter movement, accusing him of "Treason, Sedition, Insurrection."

It appeared Trump was referring to comments from Hawk Newsome, a BLM leader from New York who on Fox News said that "if this country doesn't give us what we want, then we will burn down this system and replace it."

The comments came after weeks of anti-racism protests following the death of George Floyd, an unarmed black man, at the hands of police.

"Let's be very real," Newsome said. "Let's observe the history of the 1960s, when black people were rioting. We had the highest growth in wealth, in property ownership. Think about the last few weeks since we started protesting. There have been eight cops fired across the country."