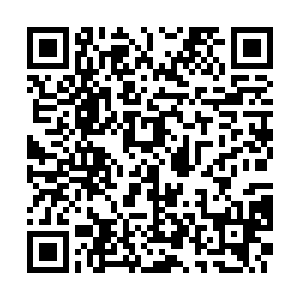 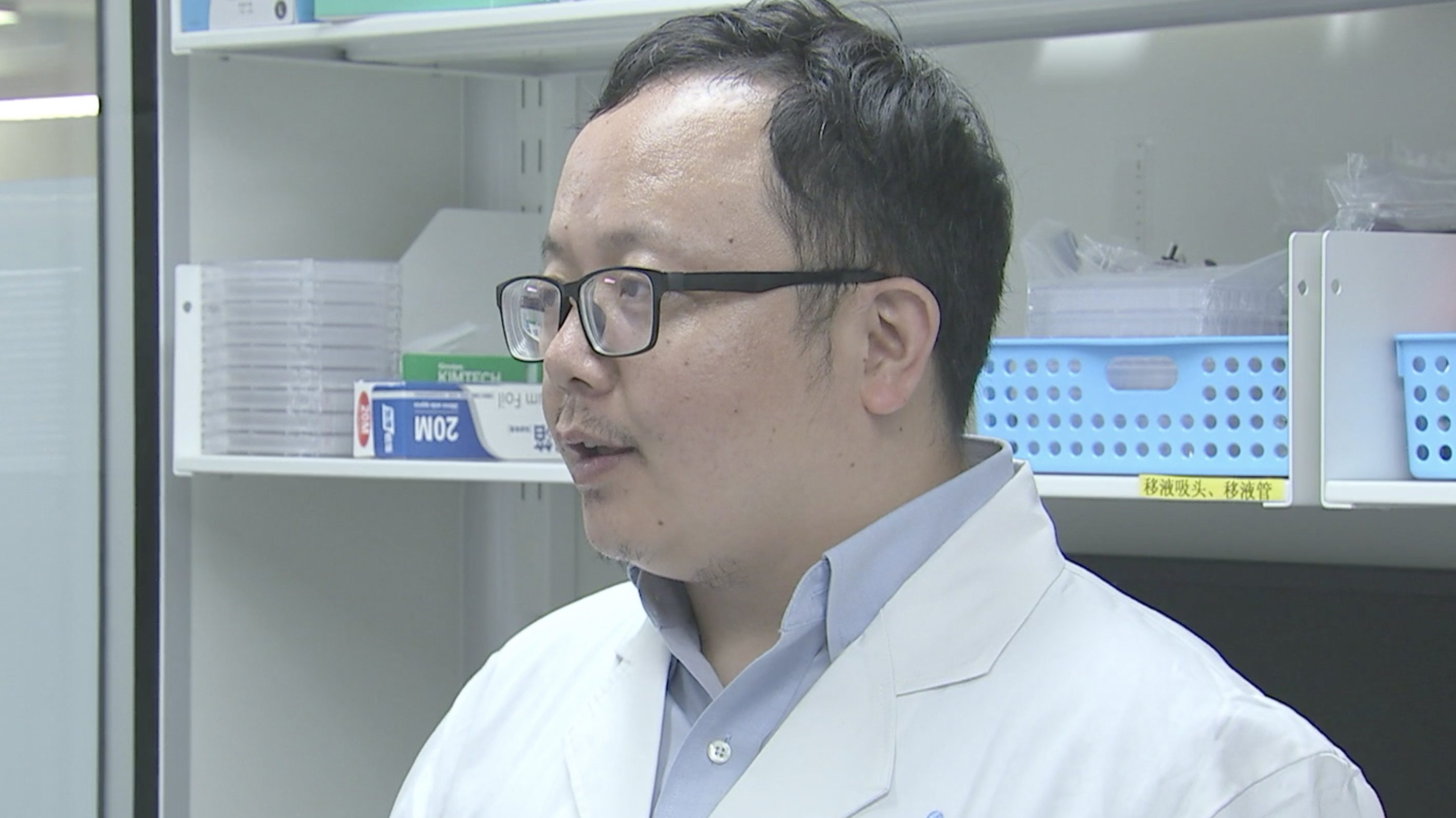 If bats are the original host of COVID-19, why haven't they got sick? The answer is still not fully known to researchers, but a recent breakthrough in examining bats' genes could contribute to finding a broad antiviral drug which could also treat COVID-19.

Dr. Xu Tan is part of a Chinese reseach team that recently identified a gene inhibitor that could block the replication of viruses, including the novel coronavirus. He explained everything to CGTN Host Tian Wei, on her recent visit to Tsinghua University. After finishing his postdoctoral research at Harvard Medical School, Xu established a lab at Tsinghua University in 2014 to study virus-host interaction and antiviral drug discovery.

Viruses have to use human's own genes and proteins to replicate in human cells, and researchers have found that different viruses hijack similar human proteins. Therefore, if one could find a way to block these commonly used proteins from being taken over by viruses, then a common cure for different viruses could also be found.

But which human genes and proteins are commonly used by viruses to replicate in our cells? That is the puzzle Xu is trying to solve. He didn't start by examining human genes. Instead, he turned his attention to bats.

Why bats? From SARS to Ebola to COVID-19, bats have been identified as the most likely animal source of the viral diseases. To discover what is special about bats that allow them to tolerate viruses, Xu's team developed the first tool-set that can systematically check bat genes one at a time. That means screening about 20,000 genes. They established genome-wide RNAi library and CRISPR library for the model megabat, Pteropus Alecto.

After six years of studying, Xu and his colleagues found that besides their special immune systems, bats also have a special metabolism. They found a gene responsible for nucleic acid synthesis that is expressed in much lower level in bats than humans, and suspected it to contribute to a lower infection level by the viruses in bats.

This March, his team, along with colleagues from China, Singapore and the U.S. published their yet to be peer-reviewed finding on preprint platform bioRxiv, announcing that a gene called MTHFD1 in bat cells could be used as target for broad antiviral therapy.

The paper's summary also reveals that a small molecule drug called carolacton, which serves to inhibit MTHFD1, "potently blocked replication of several RNA viruses including SARS-CoV-2," giving promise to the finding's contribution to the current global battle against COVID-19. 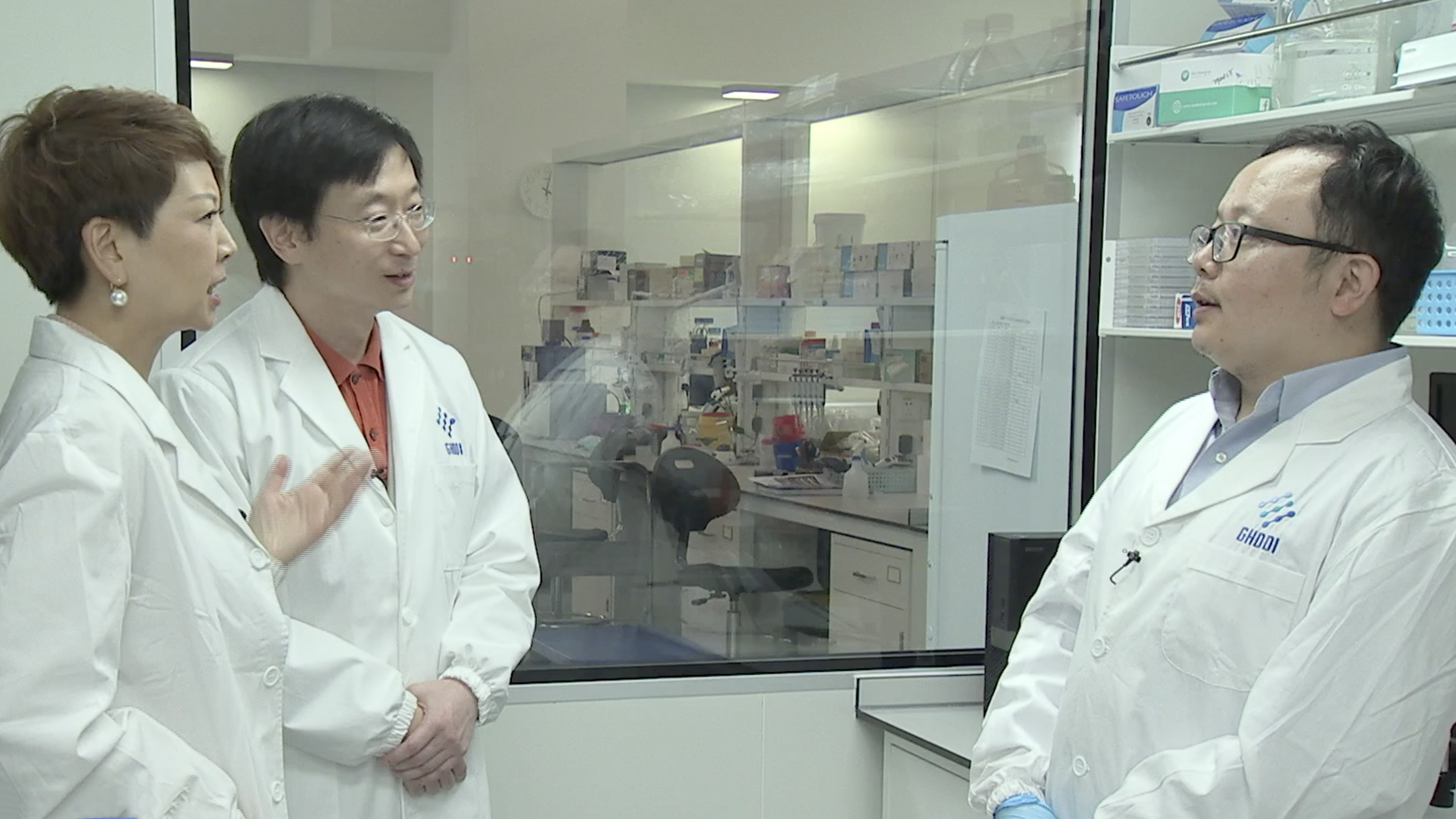 Carolacton is originally a natural product isolated from bacteria, which makes it difficult to mass produce. Xu said they have teamed up with organic chemists to synthesize the drug in large quantity, which will allow the drug to be used in animal models to evaluate its effectiveness against COVID-19.

Xu expects the testing in animal models to take place in coming months, so that one day it might be used on humans. "It will be our stockpile, a weapon to fight against many different viruses, including viruses we don't know yet."