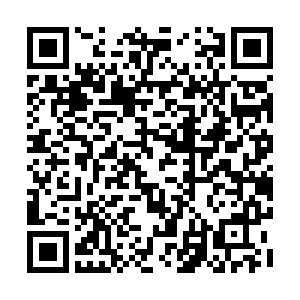 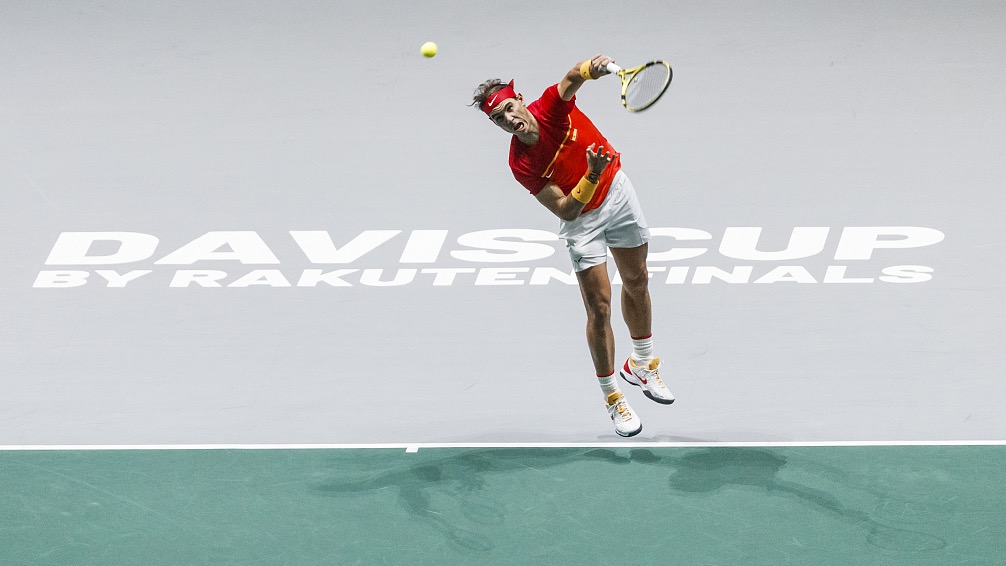 Rafael Nadal in action during the third day of the Davis Cup, Spain, November 20, 2019. /VCG

Rafael Nadal in action during the third day of the Davis Cup, Spain, November 20, 2019. /VCG

Tennis's flagship team events the Davis Cup and Fed Cup Finals have been postponed until 2021 because of the COVID-19 pandemic, the International Tennis Federation (ITF) said on Friday.

The revamped 18-nation Davis Cup Finals, launched last year in Madrid, were set to return to the Spanish capital in November but it will now take place 12 months later.

The women's Fed Cup has also undergone a re-structuring and the inaugural 12-nation Finals should have been staged in Budapest in April. It has also been put back a year.

Professional tennis has been suspended since March and will not return until August.

The ITF partnered with Kosmos, the investment firm of Barcelona soccer player Gerard Pique, to revamp the Davis Cup as a World Cup-style team tennis event. Rafa Nadal led Spain to the title last year, beating Canada in the final.

Kosmos has pledged to plow in three billion U.S. dollars over 25 years. 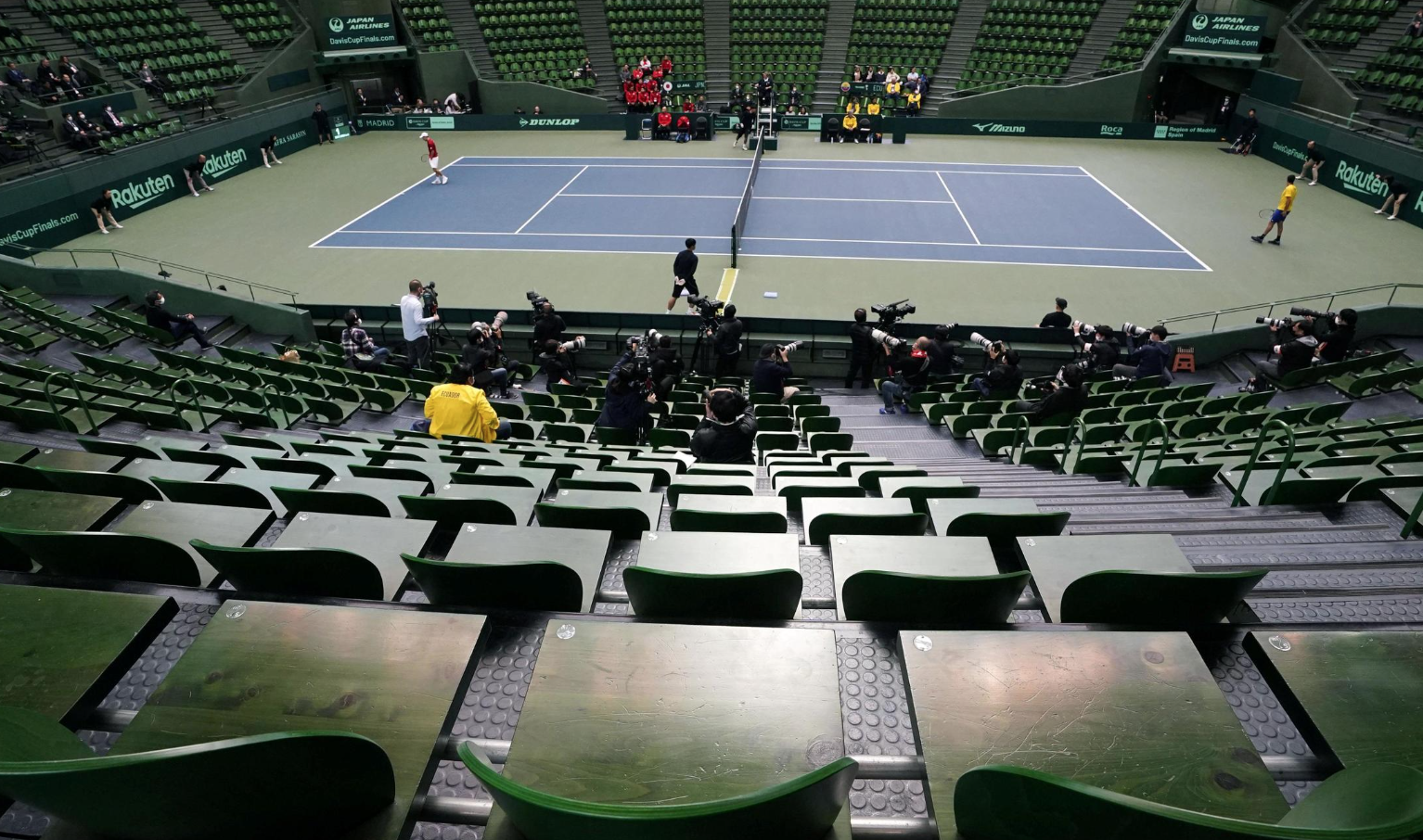 Spectators' stands are seen empty during a tennis match between Japan and Ecuador in a Davis Cup qualifier which is taking behind closed doors amid the spread of the coronavirus, Japan, March 6, 2020. /VCG

Spectators' stands are seen empty during a tennis match between Japan and Ecuador in a Davis Cup qualifier which is taking behind closed doors amid the spread of the coronavirus, Japan, March 6, 2020. /VCG

"It's a huge disappointment for all of us that the Davis Cup Finals will not be held in 2020," Pique said in a joint statement with the ITF.

"We don't know how the situation will develop in each qualified nation, or if restrictions in Spain will remain sufficiently eased, as such it is impossible to predict the situation in November and guarantee the safety of those traveling to Madrid."

The same 18 nations to qualify for the Finals will contest next year's week-long event.

"This is a tough decision to have to make, but delivering an international team event on this scale while guaranteeing the health and safety of all involved ultimately poses too great a risk," ITF President David Haggerty said.

When the Fed Cup Finals event was postponed in March there remained the possibility that it would take place later in the year. The ongoing pandemic has ruled that out.

The event has been revamped to create a week-long 12-nation showdown boasting an 18 million U.S. dollar prize fund, a similar amount to the Davis Cup. It will now take place from April 13-18 next year on indoor clay at the Laszlo Papp Arena in the Hungarian capital with the same nations involved.

Haggerty said that while it was "regrettable" he was confident that Budapest would hold a "superb" event in 2021.

Around 60 players, plus support staff, would have assembled in Budapest for the Finals with more for the Davis Cup.

The ITF said hosting the events without fans had not been considered a "desirable option".

The women's WTA Tour is scheduled to resume in Palermo, Italy on August 3 while the men's ATP Tour will resume at the Citi open in Washington D.C. also in August.