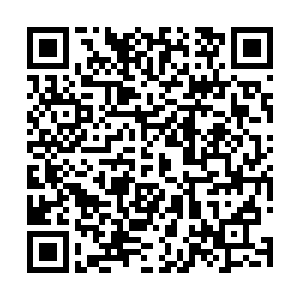 International Monetary Fund Managing Director Kristalina Georgieva said on Friday that the global economic crisis spurred by the coronavirus could ultimately test the Fund's one trillion U.S. dollars in total resources, "but we're not there yet."

Georgieva told a Reuters Newsmaker webcast event that it was now clear that an economic recovery would have to get underway without a medical breakthrough and the virus' presence is still widespread throughout the world. IMF member countries were standing by to provide more support to the Fund if necessary, she said.

The IMF on Tuesday forecast a deeper global recession than initially anticipated, as business closures, travel restrictions and social distancing measures persist in most countries. It now anticipates a global GDP contraction of 4.9 percent this year and a total output loss of 12 trillion U.S. dollars through the end of 2021.

"We still have about three quarters of our lending capacity available," Georgieva said. "I wouldn't put it beyond us that we might be in a place where the IMF resources are being tested, but we're not there yet.”

Regarding the possibility of additional resources, she said: "Our members are telling us, 'Everything is on the table. You come to us if you need to do more of something, we are there for you.'"

The IMF has been rapidly deploying some 100 billion U.S. dollars in emergency financing and has now provided loans and grants to 72 countries in just over seven weeks, Georgieva said.

The Fund later on Friday approved a new, 5.2 billion U.S. dollars 12-month loan program aimed at helping Egypt to cope with the coronavirus and plug budget and balance of payment gaps.

The IMF is providing technical assistance to Argentina in the country's debt negotiations with private creditors.

"What I learned as a crisis commissioner: pray for the best, prepare for the worst," she said of the talks.

The Fund stands ready to negotiate a new program to replace Argentina's 57 billion U.S. dollars 2018 bailout, one that is good for growth, the private sector and poverty reduction, Georgieva added.