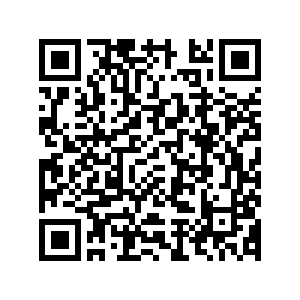 In this week's Science Saturday, we look at science news, ranging from a solar eclipse to the world's largest soft-shelled fossil egg.

A rare "ring of fire" solar eclipse thrilled sky watchers in Asia and Africa. This special event occurs when the Moon is at the farthest point from the Earth in its orbit and passes between the Earth and the Sun. When they are aligned, a fiery ring of sunlight shines around the Moon. This year's solar eclipse took place on Sunday – the longest day of the year in the Northern Hemisphere.

China's high-speed maglev train has conducted a successful test run in Shanghai. It can travel at 600 kilometers per hour, putting it on par with Japan's Shinkansen bullet train. The test is the first dynamic operation of the prototype on the maglev test track. More than 200 core system components have been tested under various conditions. Production is expected to begin by the end of this year.

X-ray of the universe

A German-Russian telescope has captured a breathtaking, new X-ray map of the sky. eROSITA was launched last July and spent 182 days to capture the images with seven cameras. The new map holds more than one million objects that emit X-rays. This is about 10 times more than what was found by the last map 30 years ago. The project aims to unravel the mystery of dark energy and how it counteracts gravity.

Scientists have discovered the world's first soft-shelled dinosaur egg. The egg, found in Argentina, was laid 66 million years ago. It is 30 centimeters long and weighs nearly seven kilograms, almost the size of a football. Scientists believe the egg might belong to a mosasaur – a reptilian sea monster that lived during the Late Cretaceous Age. If true, this would be the first of its kind on record.