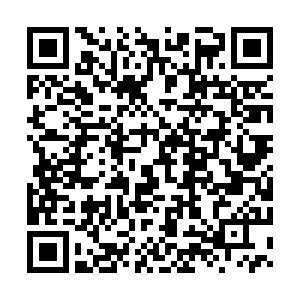 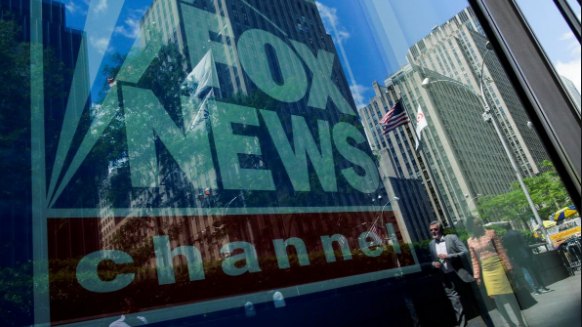 Over 2.45 million people. That's the number of confirmed cases of the novel coronavirus in the United States. The death toll, equally staggering, has exceeded 124,000 on Friday, according to the latest tally from Johns Hopkins University.

Experts have done numerous researches on how the U.S. got here, including the lack of policies from the Trump Administration, large-scale testing and tracing, and low awareness of citizens.

Three new studies, however, on the impact of conservative media reports on the pandemic, offer a fresh perspective to the COVID-19 outbreak in the United States. Researchers believe that the consumption of far-right media and social media content may have led to lower concern about the virus, slow preventive measures by the public, and the worsening situation in the U.S.

These studies analyzed how pro-Trump media outlets give out misinformation and conspiracy theories, as well as let people's guard down despite the rampant spread of the coronavirus. One research suggests both infection and mortality rates are higher in places that consume more of this type of media than in places where mainstream media is more prevalent.

"We are receiving an incredible number of studies and solid data showing that consuming far-right media and social media content was strongly associated with low concern about the virus at the onset of the pandemic," said Irene Pasquetto, chief editor of the Harvard Kennedy School Misinformation Review, which published one of the studies, according to a Washington Post report. 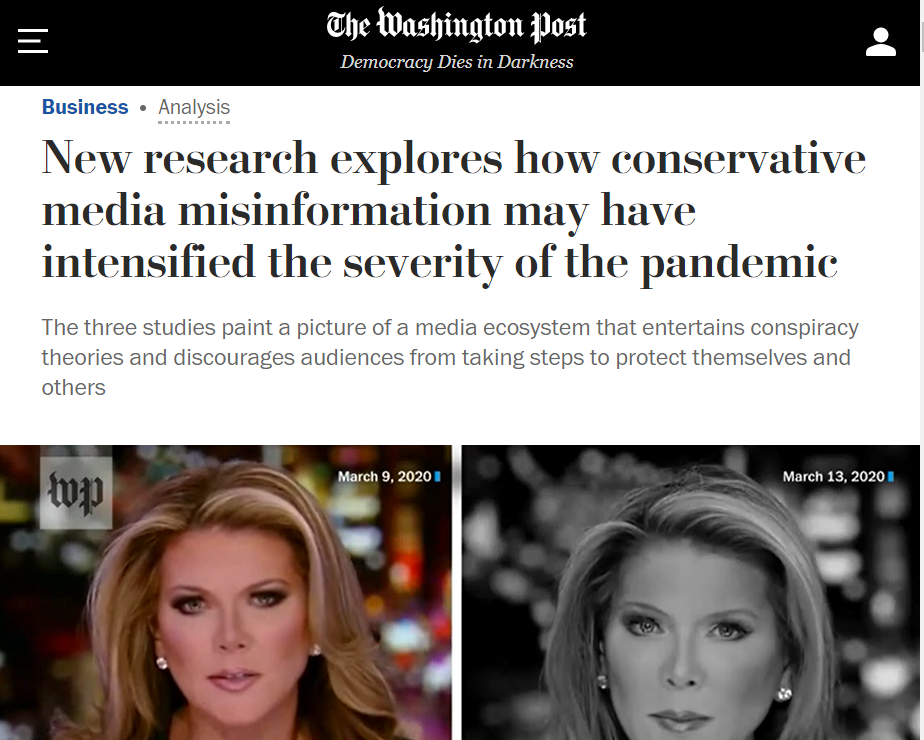 With regards to amplifying misinformation and entertaining conspiracy theories, one of the studies, published by researchers of the University of Illinois in April, shows people who get their information from mainstream print and broadcast outlets are more likely to make accurate judgement on the pandemic, while those who rely heavily on pro-Trump sources, like Fox News and Rush Limbaugh, tend to be misled by conspiracy theories.

The second study, posted by the National Bureau of Economic Research in May, examined how wrong beliefs may bring about incorrect actions in real life. They took stay-at-home behavior as the major indicator of the study, and found a 10 percent increase in Fox News viewership reduced its residents' preference to stay home by about 1.3 percentage points.

Andrey Simonov, the study's lead author, told the Washington Post that effect size is "pretty large," compared to the total stay-at-home behavior in the U.S., which increased by 20 percentage points during the study period.

The third study published in June also found that Fox News viewers are less likely to comply with public health guidelines than consumers of other media. But it takes the analysis a step further.

Economists at the University of Chicago and other institutions studied the behavioral changes of the viewers of the two most widely-watched cable news shows hosted by two distinct anchors in the U.S. on Fox News – Hannity and Tucker Carlson Tonight.

They found big differences in content between the two shows, which resulted in different behaviors of their viewers.

"Carlson warned viewers that the coronavirus might pose a serious threat from early February," the researchers wrote, "while Hannity first ignored the topic on his show and then dismissed the risks associated with the virus, claiming that it was less concerning than the common flu and insisting that Democrats were using it as a political weapon to undermine the president."

In short, Carlson's show takes the virus much more seriously than Hannity's.

It also provides evidence that those behavioral differences are contributing to the different infection rates and mortality rates of COVID-19 in certain areas.

Given the importance of individual behavior in curbing the spread of the coronavirus, it stands to reason that places where people were slower to take preventive steps might see more severe outbreaks, the study concludes.

Altogether, the three studies have demonstrated how different media coverage about the coronavirus has affected whether people took the epidemic seriously enough and took preventive measures timely, which has influenced the markedly different pandemic trajectory in the country.