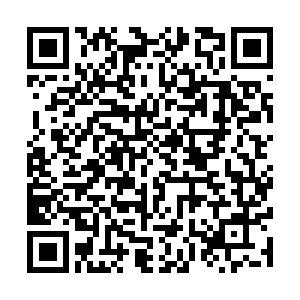 U.S. consumer spending rebounded by the most on record in May, but the gains are not likely to be sustainable, with income dropping and expected to decline further as millions lose their unemployment checks starting next month.

The surge in spending reported by the Commerce Department on Friday is also under threat from a jump in coronavirus cases in many parts of the country, including densely populated California, Texas and Florida. The rising COVID-19 infections chipped at consumer sentiment in the second half of June. Confidence in government economic policies dropped in June to the lowest level since President Donald Trump entered the White House.

The economy has been showing signs of turning around after tough measures to slow the spread of the respiratory illness pushed it into recession in February. Hiring, homebuilding permits, industrial output and orders for manufactured goods rebounded in May, recouping some of their historic losses.

"There are still huge pitfalls ahead for the economy," said Gus Faucher, chief economist at PNC Financial in Pittsburgh, Pennsylvania. 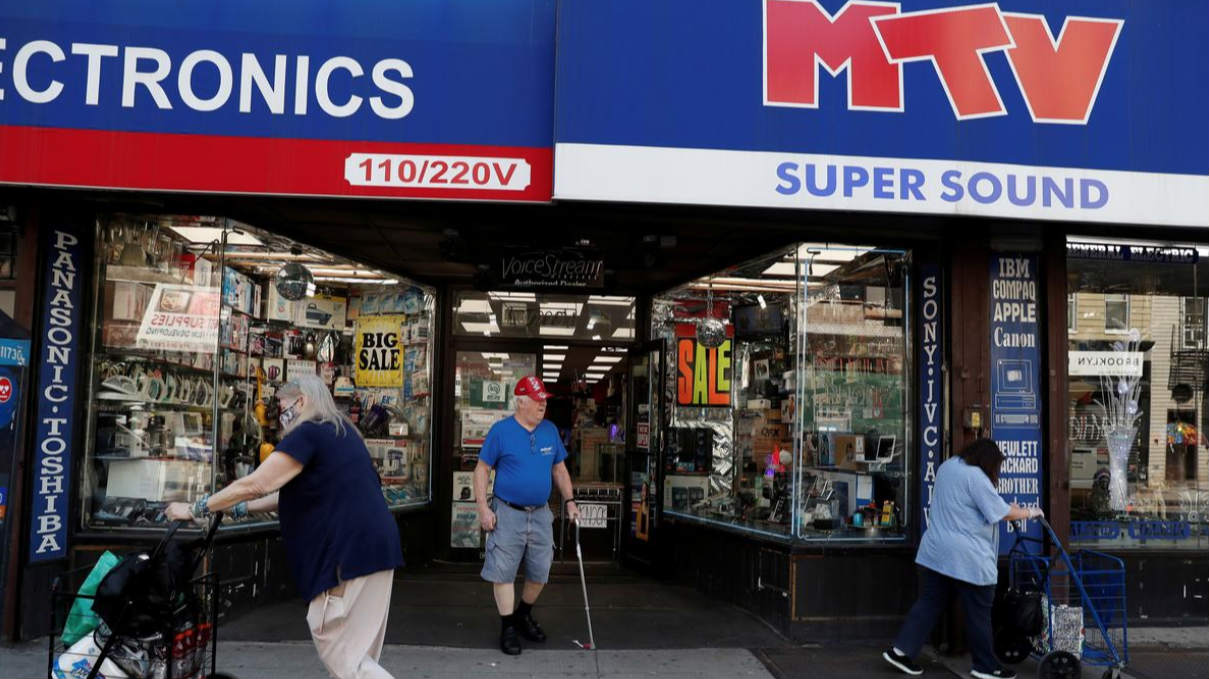 Shoppers are seen outside a retail store as the phase one reopening of New York City continues during the outbreak of the coronavirus disease in the Brooklyn borough of New York City, New York, U.S. June 9, 2020. /Reuters

Shoppers are seen outside a retail store as the phase one reopening of New York City continues during the outbreak of the coronavirus disease in the Brooklyn borough of New York City, New York, U.S. June 9, 2020. /Reuters

The Commerce Department said consumer spending, which accounts for more than two-thirds of U.S. economic activity, jumped 8.2 percent last month. That was largest increase since the government started tracking the series in 1959. Consumer spending tumbled by a historic 12.6 percent in April.

Economists polled by Reuters had forecast spending rising 9.0 percent in May. Spending was boosted by the reopening of many businesses after being shuttered in mid-March.

Consumers stepped up purchases of motor vehicles and recreational goods. They also boosted spending on healthcare, and at restaurants, hotels and motels.

But personal income dropped 4.2 percent, the most since January 2013, after surging by a record 10.8 percent in April when the government handed out one-time 1,200 U.S. dollars checks to millions of people and boosted unemployment benefits to cushion against the COVID-19 hardship. The payments are part of a historic fiscal package worth nearly 3 trillion U.S. dollars.

In a separate survey on Friday, the University of Michigan said its consumer sentiment index dipped to a reading of 78.1 from 78.9 in the middle of June. Though sentiment rose from May, consumers in the regions with record rises in coronavirus cases were less upbeat relative to Northeast residents, which could weigh on the overall mood in the months ahead.

Stocks on Wall Street fell, pressured by the rising virus infections and the Federal Reserve’s move to cap big bank dividend payments and bar share repurchases until at least the fourth quarter. The dollar rose against a basket of currencies. U.S. Treasury prices were higher.

Income in May was weighed down by a decrease in government welfare payments. The government will stop paying an additional 600 U.S. dollars per week in unemployment benefits on July 31. Economists estimate about 26 million people, two-thirds of whom do not qualify for the regular 26-week state unemployment insurance benefits, would be left without income.

Wages rebounded 2.7 percent after dropping 7.6 percent in April. But gains could fizzle amid record unemployment and raging COVID-19 infections. Economists said the plunge in income underscored the need for additional government stimulus to avoid a so-called fiscal cliff on July 31.

"It is clear that the major force in keeping things from falling apart is the enhanced unemployment compensation," said Joel Naroff, chief economist at Naroff Economics in Holland, Pennsylvania. "Without action, income could crater in August and spending will follow."

Consumer spending in May was funded from savings, which decreased by 1.9 trillion U.S. dollars. The saving rate dropped to a still-high 23.2 percent from a record 32.2 percent in April.

Historically high savings could support spending. Economists, however, caution that heightened uncertainty could prompt consumers to hunker down and conserve their income.

Inflation remained weak in May, with food prices moderating and the cost of energy goods and services declining for a fifth straight month. The personal consumption expenditures (PCE) price index excluding the volatile food and energy components edged up 0.1 percent after falling 0.4 percent in April.

In the 12 months through May, the core PCE price index rose 1.0 percent, matching April's gain. The core PCE index is the Fed's preferred inflation measure for its two percent target.

Economists expect GDP could shrink at as much as a 46 percent annualized rate in the second quarter. The economy contracted at a five percent pace in the January-March quarter, the deepest downturn since the 2007-09 Great Recession.