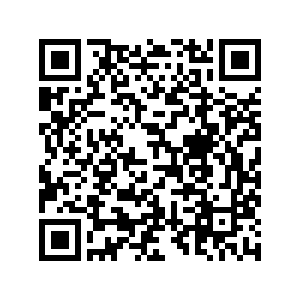 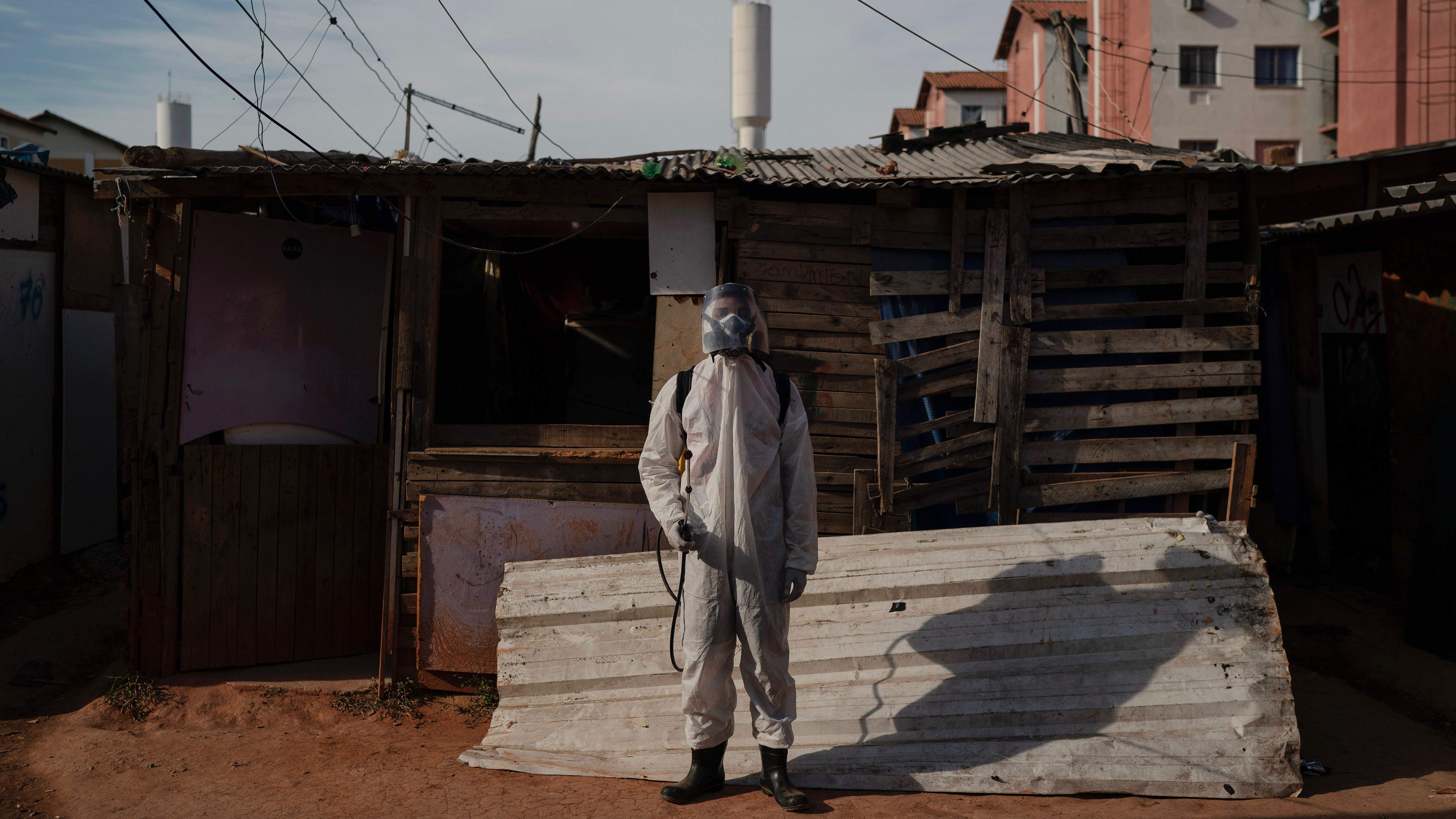 COVID-19 seems to be taking over Brazil. The South American country has surpassed 1.2 million cases and is climbing fast, with more than 56,100 deaths. For the worst reasons, the country is now fertile ground for community transmissions of the disease, opening the door for vaccine trials on humans.

Two human trials are either underway or about to start in the country. ChAdOx1 nCoV-19 is developed by Oxford University and pharmaceuticals group AstraZeneca in collaboration with the Federal University of Sao Paulo (Unifesp), which is coordinating the study in Brazil. Lemann Foundation provides financial support. The other one is CoronaVac, which is developed by Beijing-based Sinovac Biotech in collaboration with the Butantan Institute, a leading Brazilian producer of immunobiological products.

“Brazil’s role at this time is very relevant because it’s a place with considerable clinical experience and community transmission of COVID-19. That experience allows Brazil to incorporate clinical research protocols swiftly so that the world can have a quicker response,” Ricardo Palacios, medical director of clinical research at Butantan Institute, told CGTN Digital.

The medical director explained that both vaccines are made through different systems.

“The CoronaVac is made using an inactivated virus. Other producers in China and Europe are working with this method. In this kind of vaccine, the virus is chemically deactivated, so it doesn’t cause the disease,” he said. On the other hand, the Oxford vaccine was created by inserting a gene from the protein of the COVID-19 virus in a common cold virus, called adenovirus from the chimpanzee.

Since the first human test is one of the clinical components with the highest risk, these tests are done in the original country of development. In this case, initial human trials were made in the UK and China. 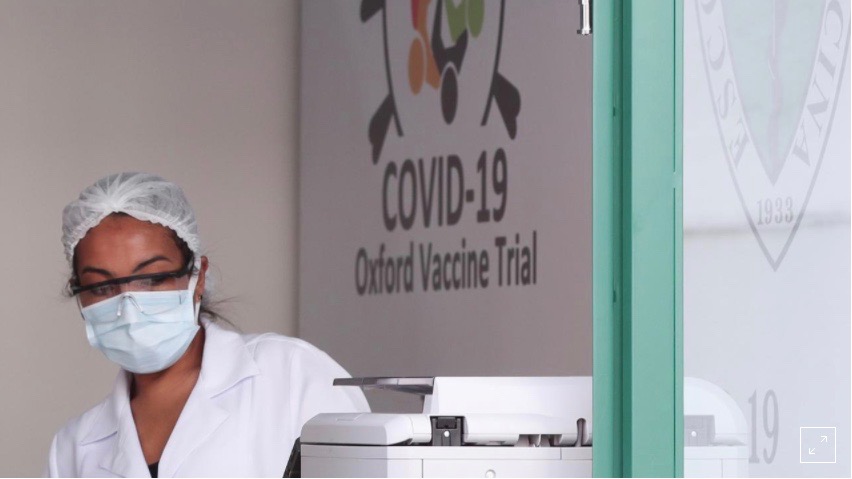 An employee at the Reference Center for Special Immunobiologicals (CRIE) of Unifesp where the trials of the Oxford/AstraZeneca coronavirus vaccine are conducted. / Reuters

An employee at the Reference Center for Special Immunobiologicals (CRIE) of Unifesp where the trials of the Oxford/AstraZeneca coronavirus vaccine are conducted. / Reuters

The experimental vaccine developed by Oxford started on June 20, and according to Soumya Swaminathan, the World Health Organization chief scientist, this vaccine is the world’s leading candidate and the most advanced in terms of development.

According to Unifesp, the first 15 volunteers were vaccinated after testing negative for the new coronavirus. In total, the program will have 2,000 volunteers in Sao Paulo, all frontline medical workers, because they are more exposed to the virus. Rio de Janeiro and the Northeast region of the country, probably Bahia, will count with another 1,500 volunteers each.

Lily Yin Weckx, the lead investigator for the Brazilian trial, noted in the Unifesp press release that “it is very important to do this stage of the trial now when the infection curve is still ascending, and the results can be more assertive.” 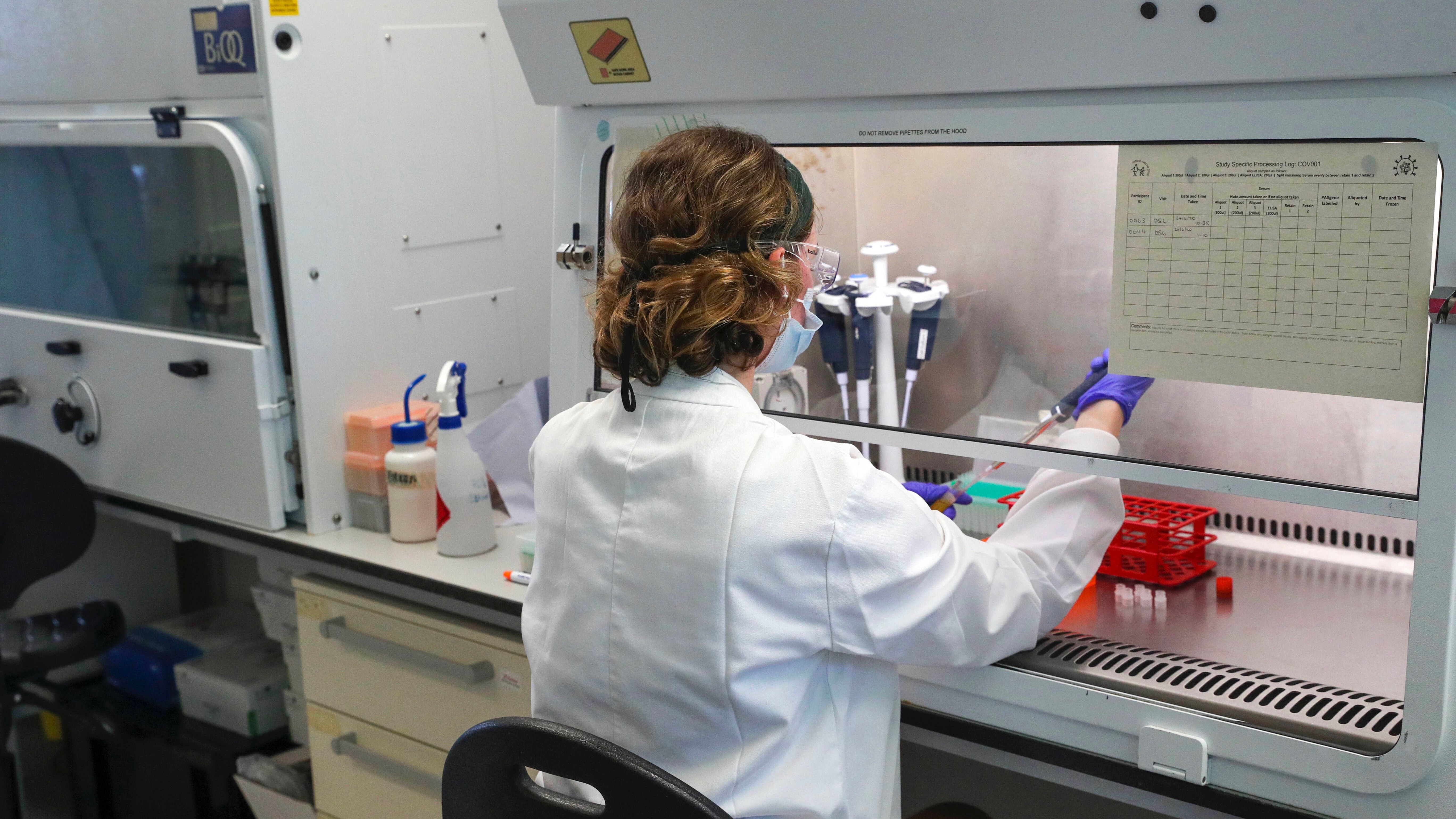 Oxford Vaccine Group's scientist at the facility where a vaccine against COVID-19 has been produced, at Churchill Hospital, Oxford, Oxfordshire, UK. /AP

Oxford Vaccine Group's scientist at the facility where a vaccine against COVID-19 has been produced, at Churchill Hospital, Oxford, Oxfordshire, UK. /AP

“There are other countries with participation requests waiting for approval. The test results are crucial to register the vaccine in the UK, which is expected to happen by the end of the year, but the formal registry must only happen after the conclusion of the studies made in all the participant countries,” she added.

Dr Sue Ann Costa Clemens, head of the Institute for Global Health and Program Director of Master Programs at the University of Siena and Brazilian specialist in infectious diseases, coordinated the realization of the trial in Brazil.

On Saturday, the Brazilian government announced an agreement with Oxford University and AstraZeneca to produce 30.4 million doses of the vaccine in two batches in December and January. According to the AP, the total deal is for 100 million vaccines for a country of about 210 million residents. It will be produced by local vaccine maker Fiocruz. 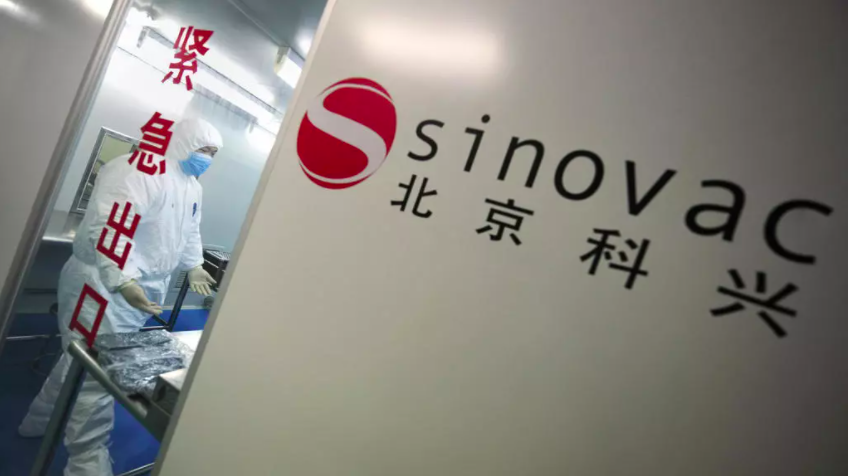 CoronaVac: possible results by the end of the year

In the case of the CoronaVac, the plan is to start vaccinating 9,000 volunteers by the beginning of July. But according to the Institute Butantan, the selection criteria for these volunteers is still being discussed with the Brazilian Health Regulatory Agency (Anvisa).

“This kind of study normally accompanies the participants for 12 months, but there is a reasonable possibility of having some results by the end of the year,” Palacio said to CGTN Digital.

The vaccine assessment analyses three aspects: confirmation of its safety in humans, verification of the immune response, most importantly by antibodies, and verification of the protection against the disease by seeing if there were cases of COVID-19 among vaccinated participants.

In this effort from Butatan and Sinovac, the institutional cooperation includes technology transfer that will allow Butantan to produce the vaccine locally and then make it available to the Brazilian people.

São Paulo Governor João Doria said in a recent press conference that if the vaccine was effective, mass production could start in the first half of 2021, and it would be administered to Brazilians for free. 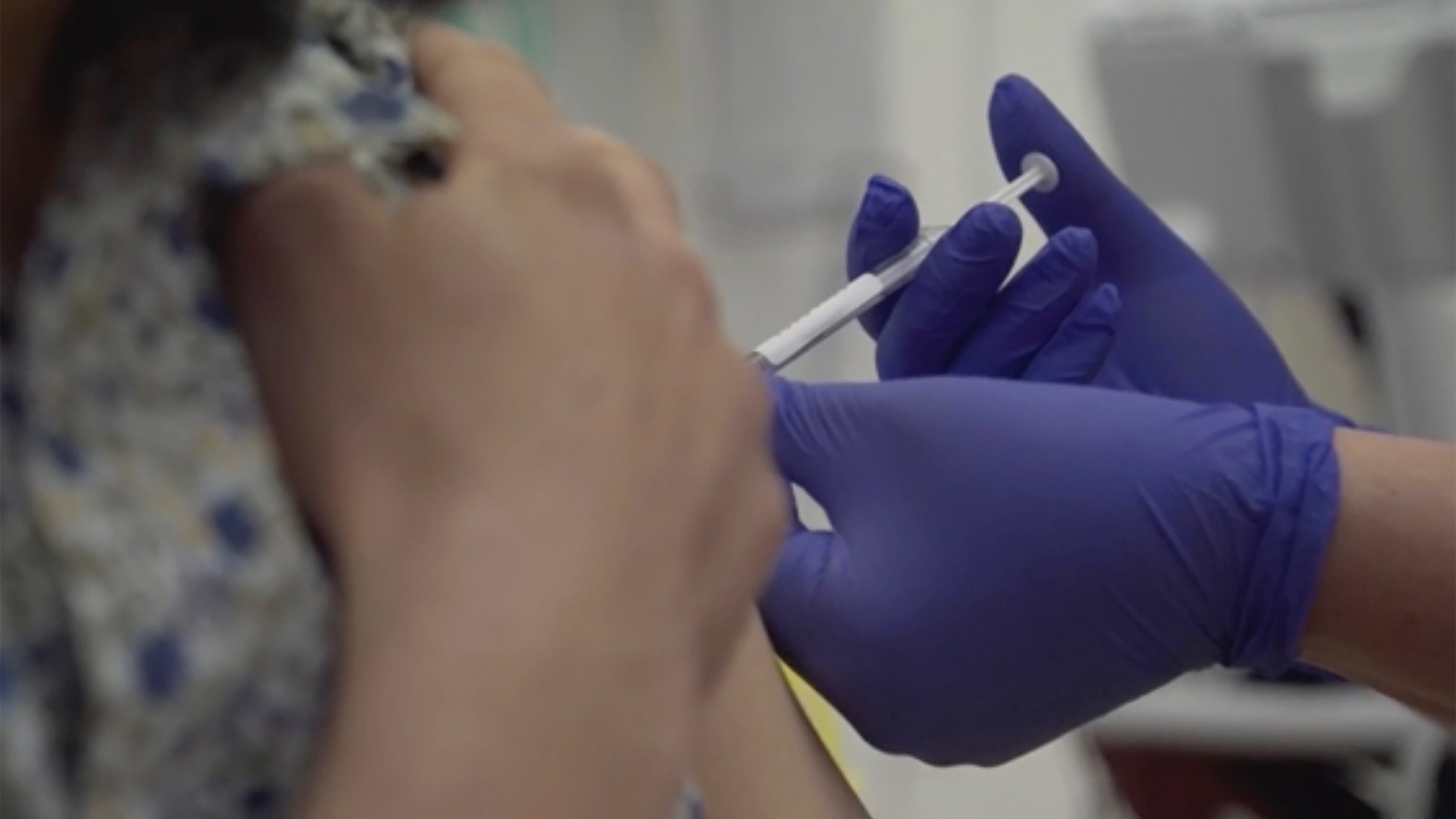 “Many Brazilians are worried about the pandemic situation and want to contribute actively as volunteers. This attitude must be praised and appreciated by everyone,” Palacios said.

The trial costs of 17.1 million U.S. dollars are centralized at the Butantan Foundation, which supports the institute with the same name, with the support of São Paulo State Secretariat of Health.

“Other private financing sources are also interested in contributing, and there is also the possibility of accessing international resources. Fortunately, there is a lot of goodwill from different sources,” he added.

According to Wang Zhigang, China’s minister of science and technology, the country is developing five types of COVID-19 vaccines: inactivated vaccines, recombinant protein vaccines, live attenuated influenza vaccines, adenovirus vaccines, and nucleic acid-based vaccines. All of them are being developed under international cooperation with at least seven countries, including Canada, the UK, the U.S., Germany, and Malaysia.

(Cover photo: Volunteer Welington Goncalves after sanitization duties to help contain the spread of the new coronavirus in an area occupied by squatters in a poor region of Rio de Janeiro, Brazil, Friday, June 26, 2020. /AP