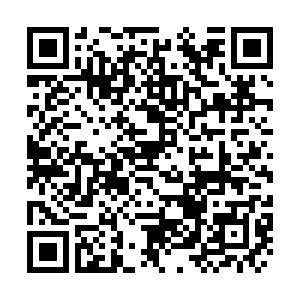 Barcelona star Lionel Messi had a hand in both his team's goals during their drawn La Liga clash with Celta at Abanca-Balaídos, Vigo, Spain, June 27, 2020. /VCG

Barcelona star Lionel Messi had a hand in both his team's goals during their drawn La Liga clash with Celta at Abanca-Balaídos, Vigo, Spain, June 27, 2020. /VCG

Spain striker Iago Aspas dealt a fresh blow to Barcelona's La Liga title hopes by striking a late free kick to snatch a 2-2 draw at home to the Catalans on Saturday as Quique Setien's side twice threw away the lead in a thrilling match.

The draw put Barca back on top of the table on 69 points after 32 games but Real Madrid, on 68, can go two points clear at the summit if they beat Espanyol away from home on Sunday.

Luis Suarez headed Barca in front in the 20th minute thanks to a piece of ingenuity from Lionel Messi, who looked certain to fire at goal from a free kick but instead lofted the ball towards his Uruguayan strike partner.

Russia striker Fedor Smolov equalized for Celta early in the second half, knocking in a pass from Okay Yokuslu to complete a quick counterattack after Barca's Ivan Rakitic had given the ball away.

But Suarez restored Barca's lead in the 67th minute after combining again with Messi, swiveling to fire into the bottom corner.

The second goal looked to have averted a second consecutive away draw for Barca after last week's goalless stalemate at Sevilla but Aspas won a late free kick after falling over the outstretched legs of Gerard Pique.

Celta's talismanic striker made the late opportunity count by sending a low drive around the wall and into the near bottom corner, flummoxing Barca goalkeeper Marc-Andre ter Stegen.

Celta should have won the game in added time when Nolito arrived at the far post with the goal gaping, but instead of tapping into the net his shot went straight at Ter Stegen. 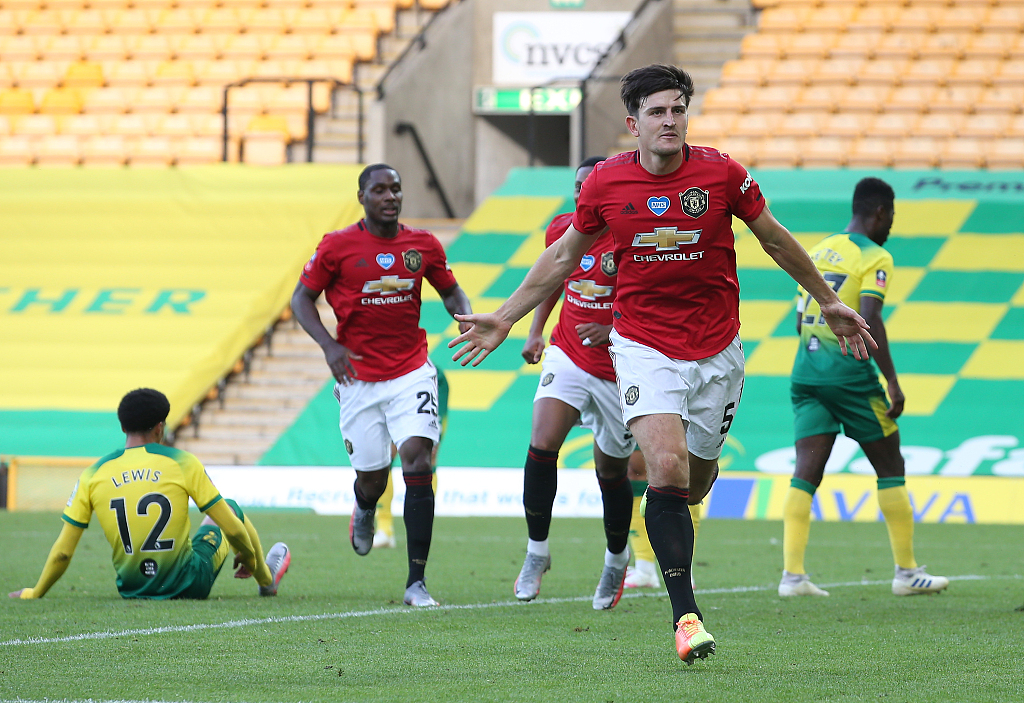 Earlier, Atletico Madrid beat Alaves 2-1 at home to maintain their superb run of form since the season resumed, recording a fourth consecutive win to further tighten their hold on third place.

Midfielder Saul Niguez broke the deadlock by heading home a pin-point free kick from Kieran Trippier in the 59th minute, while Diego Costa sent goalkeeper Fernando Pacheco the wrong way from the penalty spot to double their lead in the 73rd.

Elsewhere, Captain Harry Maguire fired Manchester United into the semi-finals of the FA Cup with a winner deep into extra-time against 10-man Norwich City at Carrow Road.

The game looked to be heading for a penalty shoot-out after Norwich, who had Timm Klose sent off in the 89th minute, defended superbly against constant pressure from Ole Gunnar Solskjaer's side before Maguire's goal two minutes from the end.

The win extends United's unbeaten run in all competitions to 14 matches and secures a 30th appearance in the last four of the FA Cup for the club.

"It wasn't a spectacle, we didn't threaten enough or create enough chances," said Solskjaer. "But I am delighted we are into the last four and it was a good workout, we got some minutes for a lot of players. We are through and that is what counts in the Cup," said the Norwegian. 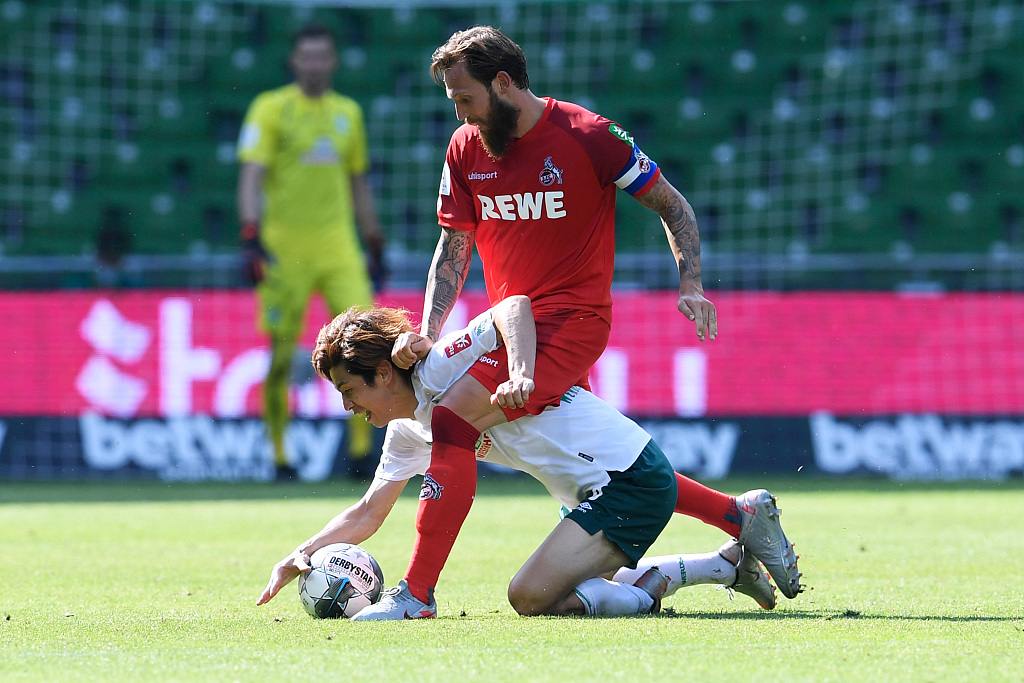 Meanwhile, in the Bundesliga, Werder Bremen gave themselves hope of avoiding relegation from by thrashing Cologne 6-1 to grab a play-off place on the last day of the season, while champions Bayern Munich routed Wolfsburg before lifting the trophy on Saturday.

Japan striker Yuya Osako scored twice as Bremen stole the lifeline of the relegation/promotion play-off place from Fortuna Duesseldorf, who lost 3-0 at Union Berlin and were relegated with Paderborn, finishing one point behind Bremen.

Bremen have spent more seasons than any other team in the Bundesliga, having only spent one term in the second tier, in 1980-81.

Bremen will face second-tier opponents in either Heidenheim or possibly neighbors, rivals and fellow struggling giants Hamburg in the play-off first leg on Thursday.

At Wolfsburg, Bayern striker Robert Lewandowski scored a penalty for his 34th league goal of the season, finishing as the top scorer for the fifth time.

Kingsley Coman, Michael Cuisance and Thomas Mueller also got on the scoresheet as Bayern, champions for the eighth straight season, finished 13 points clear of second-placed Borussia Dortmund following a 4-0 win.

Borussia Moenchengladbach and RB Leipzig secured qualification for next season's Champions League after 2-1 wins over Hertha Berlin and Augsburg respectively, as fifth-placed Bayer Leverkusen missed out by two points despite beating Mainz 1-0.

Dortmund, who had already wrapped up second place, crashed to a 4-0 home defeat by Hoffenheim, for whom Croatia striker Andrej Kramaric scored all four goals, including a no-look penalty.

That result allowed Hoffenheim to leapfrog Wolfsburg and take sixth place, although both sides will go into the Europa League next season along with Leverkusen.