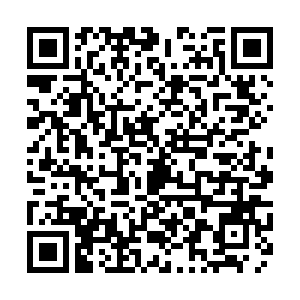 Sinking in the polls, rallies sparsely attended, campaign content fact-checked or removed on social media and a single-day record of new COVID-19 cases just as attempts to reopen the U.S. economy falter.

Four months out from the November 3 presidential election, the Trump 2020 campaign is in search of a game-changing moment in the face of serious headwinds.

The man in day-to-day charge of the campaign is Brad Parscale, a 44-year-old Kansan who had no experience in frontline politics before directing digital operations for Donald Trump's 2016 presidential bid. "I was thrown into the Super Bowl, never played a game, and won," the New Yorker quoted him as saying. 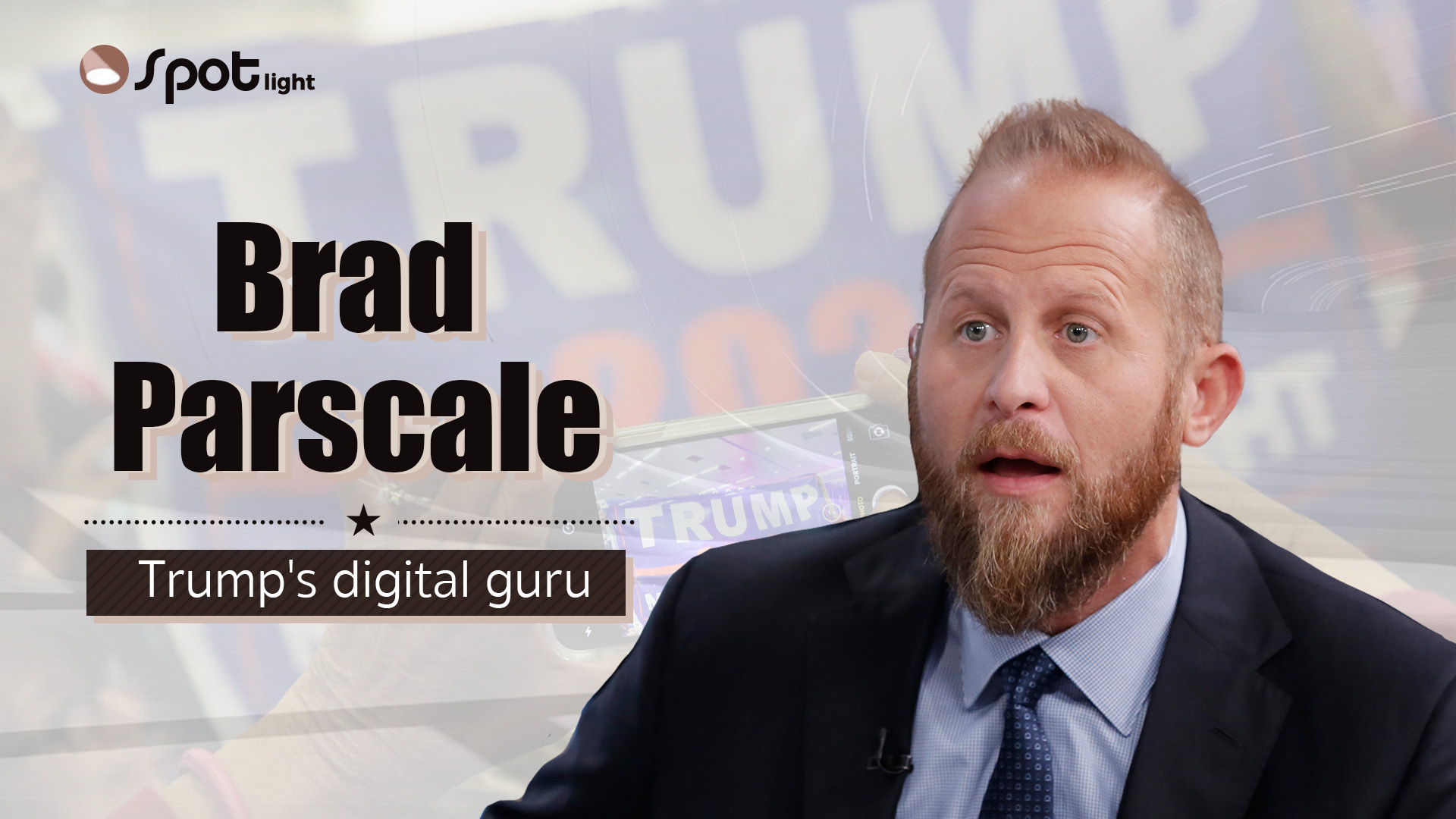 A pugnacious tweeter, like his boss, Parscale's reputation was built on astute use of social media and voter data in 2016 as well as a public face warming up crowds and scraping information at the mass rallies which became Trump's calling card.

Last week, the two past successes unhappily collided, as the bearded, two-meter-tall Parscale hit the headlines for breaking the first rule of politics: under promise and over deliver. He claimed over 1 million people had registered to attend Trump's "restart" rally in Tulsa, but local fire officials said only 6,200 turned up.

This was supposed to be Trump's strongpoint, a source of energy, free media and reams of all-important data, and a moment of renewal for his stalled reelection effort. But the lasting impression, fairly or not, was of a tired campaign. 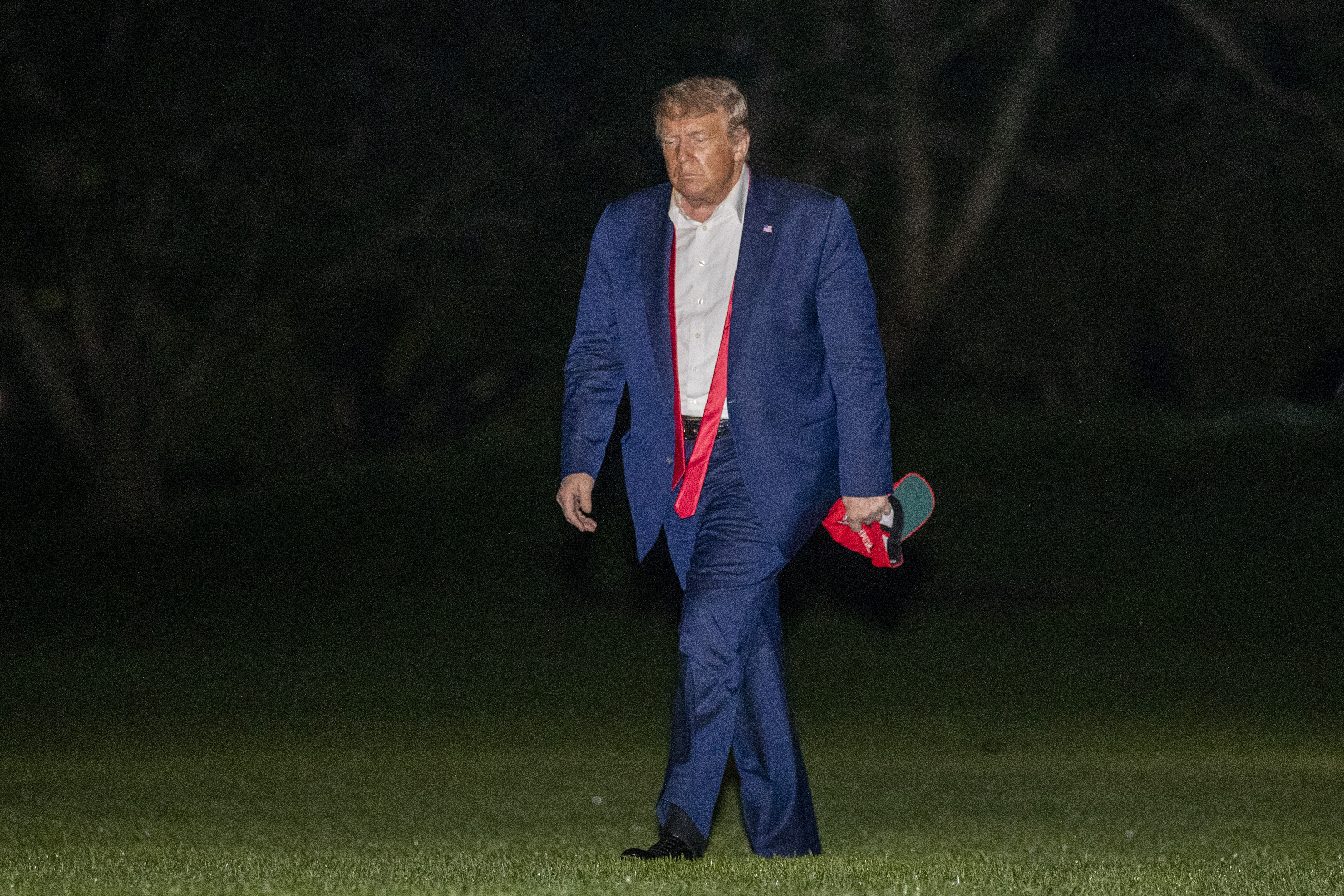 President Donald Trump walks on the White House lawn after returning from a campaign rally in Tulsa, Washington, June 21, 2020. /AP

President Donald Trump walks on the White House lawn after returning from a campaign rally in Tulsa, Washington, June 21, 2020. /AP

The president was reportedly furious, and key advisers Ivanka Trump and Jared Kushner, sometimes described as de facto campaign manager, were said to be angry about the poor expectation management.

The purpose of the rally was undermined, the perception of a campaign flailing in its attempts to change the trajectory of the presidential race was increased and the role of Parscale was suddenly under scrutiny.

Two months ago, the New York Times reported that Trump had "erupted" at Parscale, who lives in the pivotal electoral state of Florida, over internal polling indicating he was trailing Democratic rival Joe Biden in several battleground states.

"At one point, Mr. Trump said he would not lose to Mr. Biden, insisted the data was wrong and blamed the campaign manager for the fact that he is down in the polls," the Times reported on April 29.

Now the polls are much, much worse for the president and options for turning public opinion around are narrowing for Parscale. 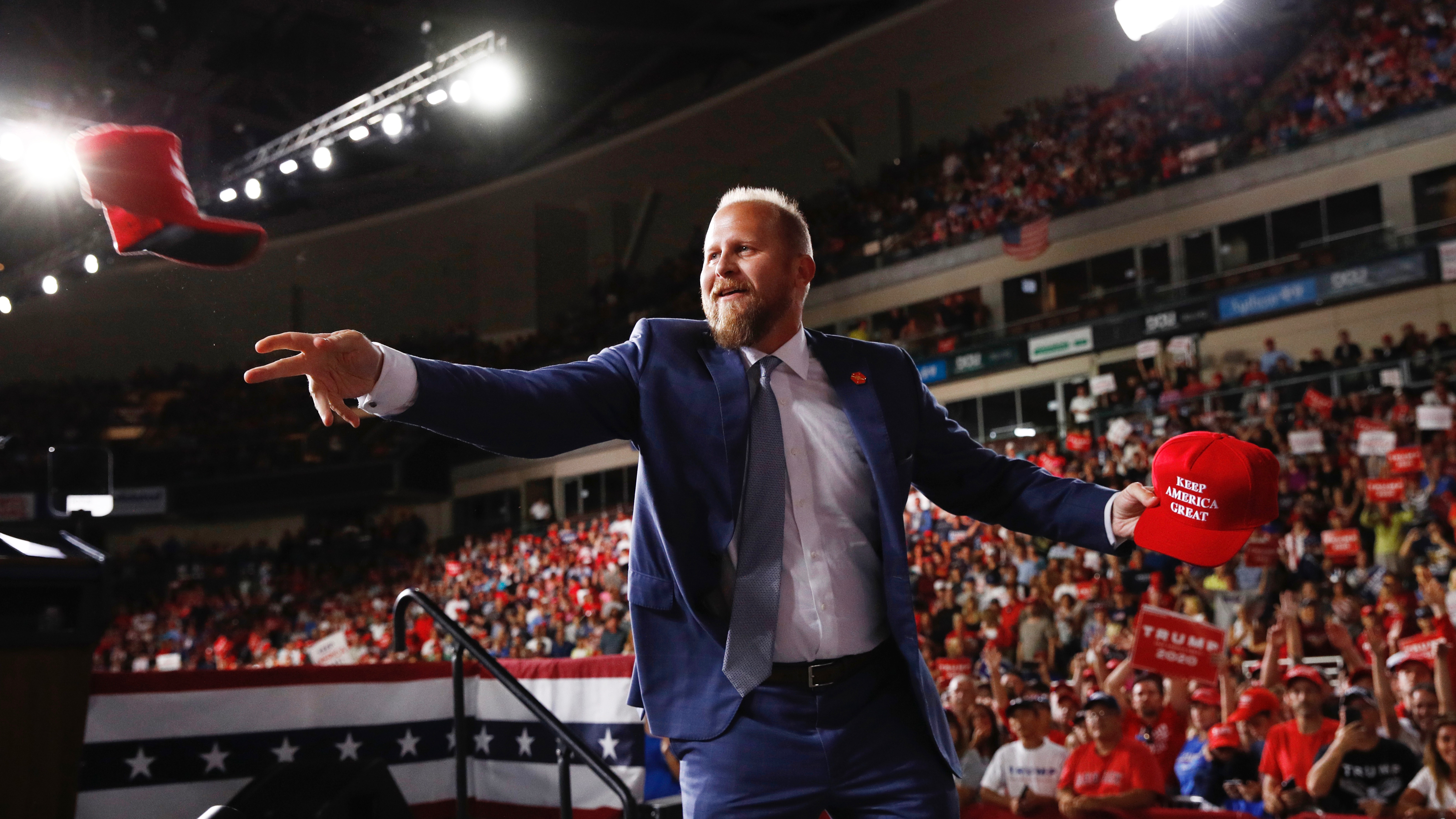 Siena College state-by-state polling published in the New York Times on Thursday suggested Trump was trailing Biden by an average of nine points across six battlegrounds – states the president won in 2016 and made up a third of his electoral college tally.

The polling also indicated Trump is on the wrong side of the public mood on major issues of the day. Large majorities oppose his handling of the pandemic, his plan to reopen the economy as soon as possible, his objection to mask-wearing and his handling of race relations.

And he is losing support across almost all demographics. Even older, male and white voters, core Republican constituencies, are moving into the Biden camp, potentially putting the Senate as well as the White House at risk.

For an experienced political operative, let alone a newcomer like Parscale, who built the Trump 2016 website for just 10,000 U.S. dollars, reversing the trend would be a major undertaking.

Polls suggest there are few bright spots to build on, though the president is still narrowly seen favorably on the economy and retains strong support among white voters without college degrees.

There is also little evidence of enthusiasm for Biden, but unless the campaign can change the story the election currently looks likely to be a referendum on Trump. 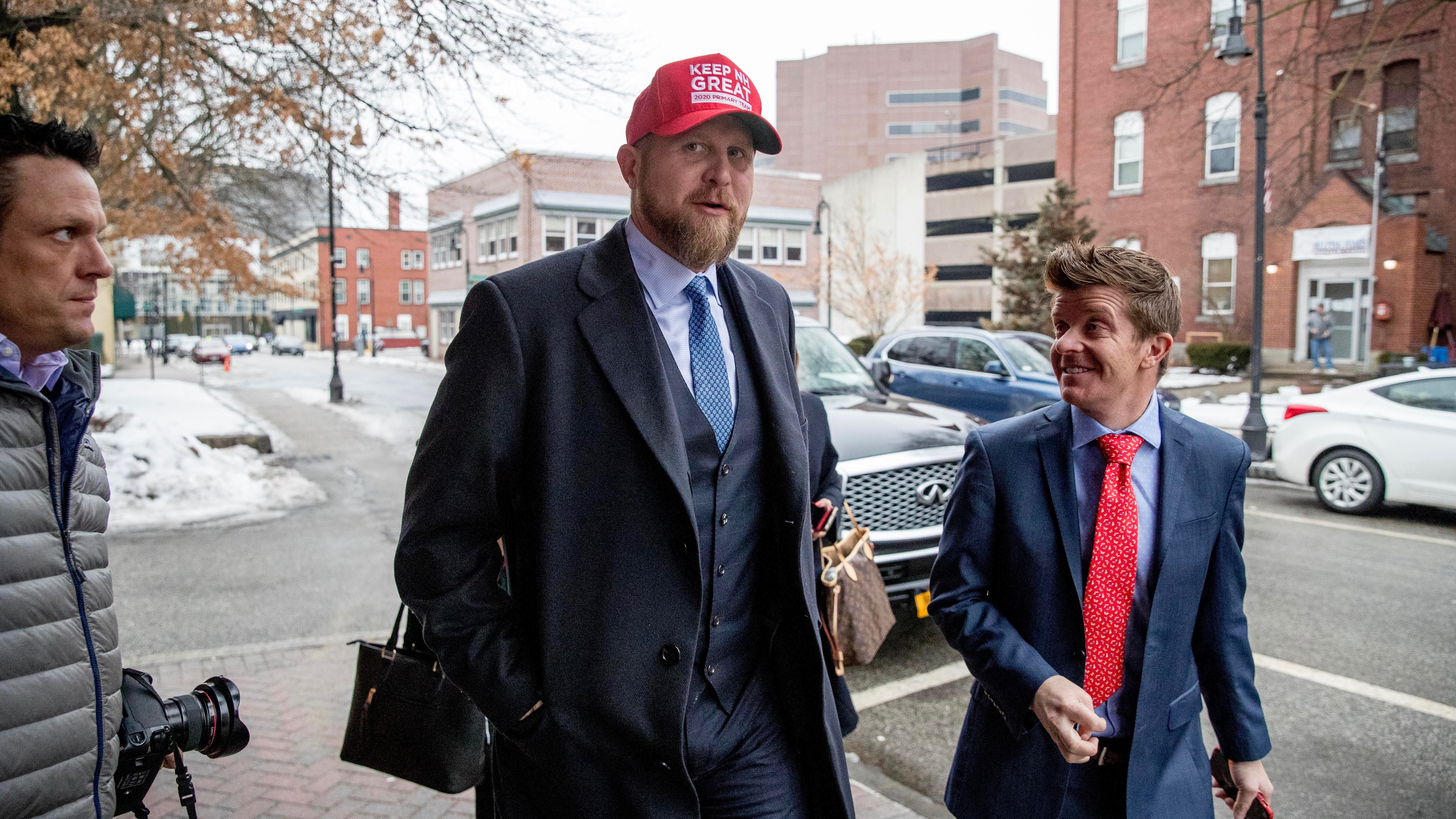 Parscale's powerful online operation is one source of hope.

The Trump campaign has long been seen to hold a clear lead over Biden in terms of digital prowess, a source of concern to Democratic operatives and a specialty for Parscale, whose digital marketing company has reportedly made millions building websites for the Trump organization.

The 2016 online team he oversaw used micro-targeted ads on social media platforms, particularly Facebook, to reach voters who were often previously overlooked and developed a huge library of content – the nature of which was sometimes controversial – and voter data.

For all the media attention drawn by Trump's tweets, it was use of Facebook – which has around 175 million American users – and its algorithms that helped the campaign raise money and spread its message, particularly to rural and older communities in swing states which the president ultimately won by slim margins.

"I understood early that Facebook was how Donald Trump was going to win," Parscale told "60 Minutes" in 2017. "Facebook was the method – it was the highway which his car drove on." 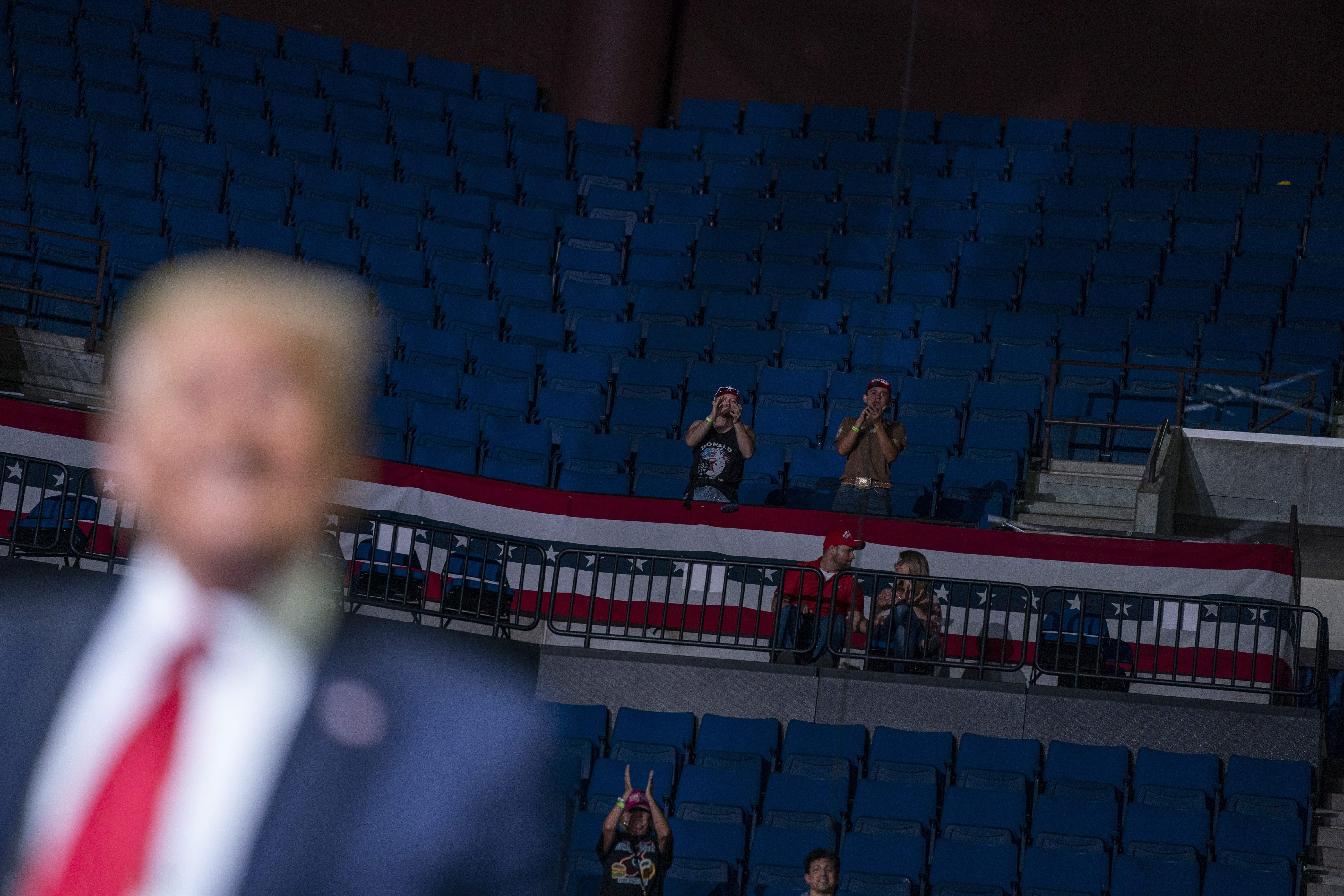 Whether through data artistry, misinformation or sheer bulk of content and repetition, the digital campaign was hugely effective in 2016.

And according to Parscale, the operation in 2020 has been upgraded massively. The New Yorker in March quoted him as saying the Trump campaign has been operating more or less full time since 2016 to improve its "technology and data operations."

"The campaign is all about data collection," he added in a January Guardian interview. "Every aspect of this campaign. Everything we do, if you go to a coalition event, you sign up for a thing, you touch it. If we touch you digitally, we want to know who you are and how you think and get you into our databases so that we can model off it and relearn and understand what's happening."

However, Parscale's formidable online operation is now under strain, with Facebook – under pressure from advertisers – following Twitter and Snapchat in placing restrictions on political ads and posts.

The campaign manager has attempted to build up followers on alternative social media platforms, the Wall Street Journal reported, but none have the reach of Facebook or Twitter. New Republican favorite Parlor is being pushed by Parscale, but it has only around 1 million users and the clock is ticking to election day.

The Trump 2020 APP, which allows supporters to earn points for donations and other actions which can be accumulated to win prizes, including a photo with Trump, has also been promoted heavily. Like the Trump rallies, the APP is potentially a huge source of data and allows direct communication without concerns over restrictions.

The digital operations offer a ray of light for Trump's hopes of a turnaround, but the polling fundamentals remain dire. A man known for big gestures to alter the conversation is in desperate need of a game-changer – rumors of a switch of running mate persist.

But the conventional move for a stalled campaign is to replace the manager. Parscale has credit in the bank and is reported to have close relations with the Trump family, but if the drift continues a staff reshuffle could be on the cards.