Virus-hit Iran to make masks compulsory from next week
CGTN 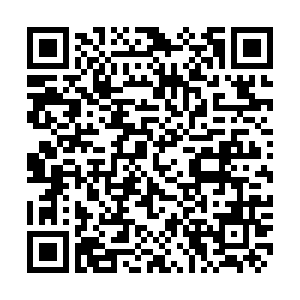 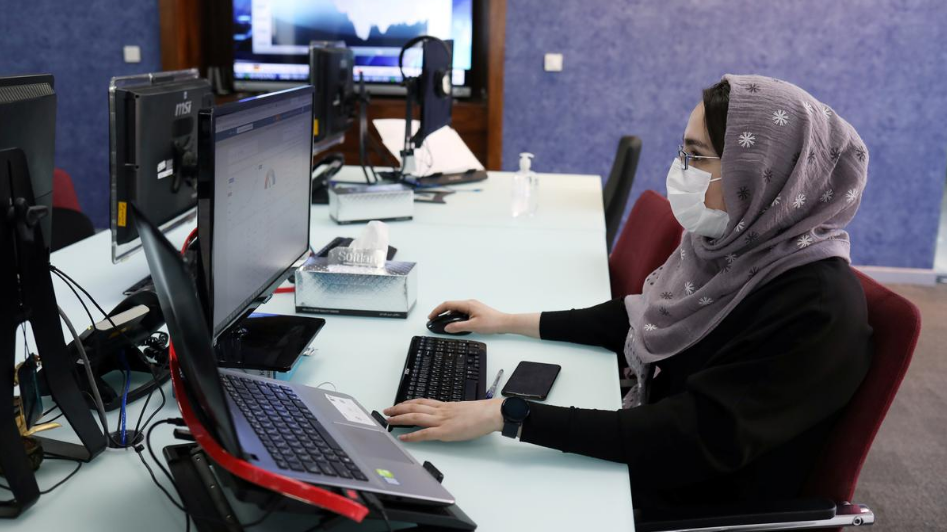 An employee of a stock brokerage firm wearing a protective face mask monitors stock prices on her computer, following the outbreak of the coronavirus disease (COVID-19), in Tehran, Iran, May 12, 2020. /Reuters

An employee of a stock brokerage firm wearing a protective face mask monitors stock prices on her computer, following the outbreak of the coronavirus disease (COVID-19), in Tehran, Iran, May 12, 2020. /Reuters

Iran said Sunday it will make mask-wearing mandatory in certain areas and has allowed virus-hit provinces to reimpose restrictions, as novel coronavirus deaths mounted in the Middle East's worst-hit country.

The Islamic republic has refrained from enforcing full lockdowns to stop the pandemic's spread, and the use of masks and protective equipment has been optional in most areas.

Mask-wearing would be "obligatory in covered spaces where there are gatherings," Iran's President Hassan Rouhani said during a televised meeting of the country's anti-virus taskforce.

He warned that Iran would have to live with the virus for the "long haul," as he announced the latest measures to combat it and continued that the measure would come into force as of next week, continue until July 22 and would be extended if necessary.

The country's economic problems would worsen if the novel coronavirus spreads unchecked, as the government launched a mask-wearing campaign, Iran's supreme leader said.

The Islamic republic has struggled to curb the COVID-19 outbreak since it reported its first cases in the Shiite holy city of Qom in February.

It shut down non-essential businesses, closed schools and cancelled public events in March, but gradually lifted restrictions from April to try to reopen the country's sanctions-hit economy.

"It is correct to say that something must be done to prevent economic problems caused by the coronavirus," said Iran's supreme leader Ayatollah Ali Khamenei.

"But in the case of negligence and significant spread of the disease, economic problems will increase, too," he said, according to his official website.

The Iranian rial has plunged to new lows against the U.S. dollar in recent days due to the temporary economic shutdown, border closures and halt in non-oil exports, according to analysts.

Iran's economic problems had already worsened since 2018, when President Donald Trump withdrew the U.S. from a landmark nuclear agreement and reimposed sanctions on the Islamic republic, targeting vital oil sales and banking facilities.

Those woes have been exacerbated by the country's coronavirus outbreak.

Health ministry spokeswoman Sima Sadat Lari said Saturday there had been 2,456 new COVID-19 cases in the past 24 hours, raising the country's caseload to 220,180.

Lari added in televised remarks that 125 of those infected had died during the same period, with overall fatalities reaching 10,364.

Official figures have shown a rising trajectory in new confirmed cases since early May, when Iran hit a near two-month low in daily recorded infections.

The health ministry launched an "#Iwearmask" campaign on Saturday and pleaded with Iranians to observe guidelines aimed at curbing infections.

"Every 33 seconds one Iranian is infected with the coronavirus and every 13 minutes one dies from it. This is a warning, for us to better observe social distancing," said deputy health minister Iraj Harirchi.

Speaking on state television, he said that wearing masks reduced the risk of the spread of the virus by 85 percent.