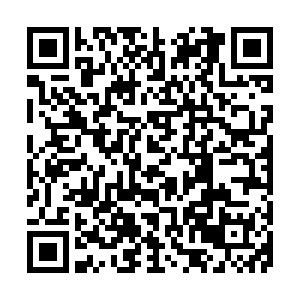 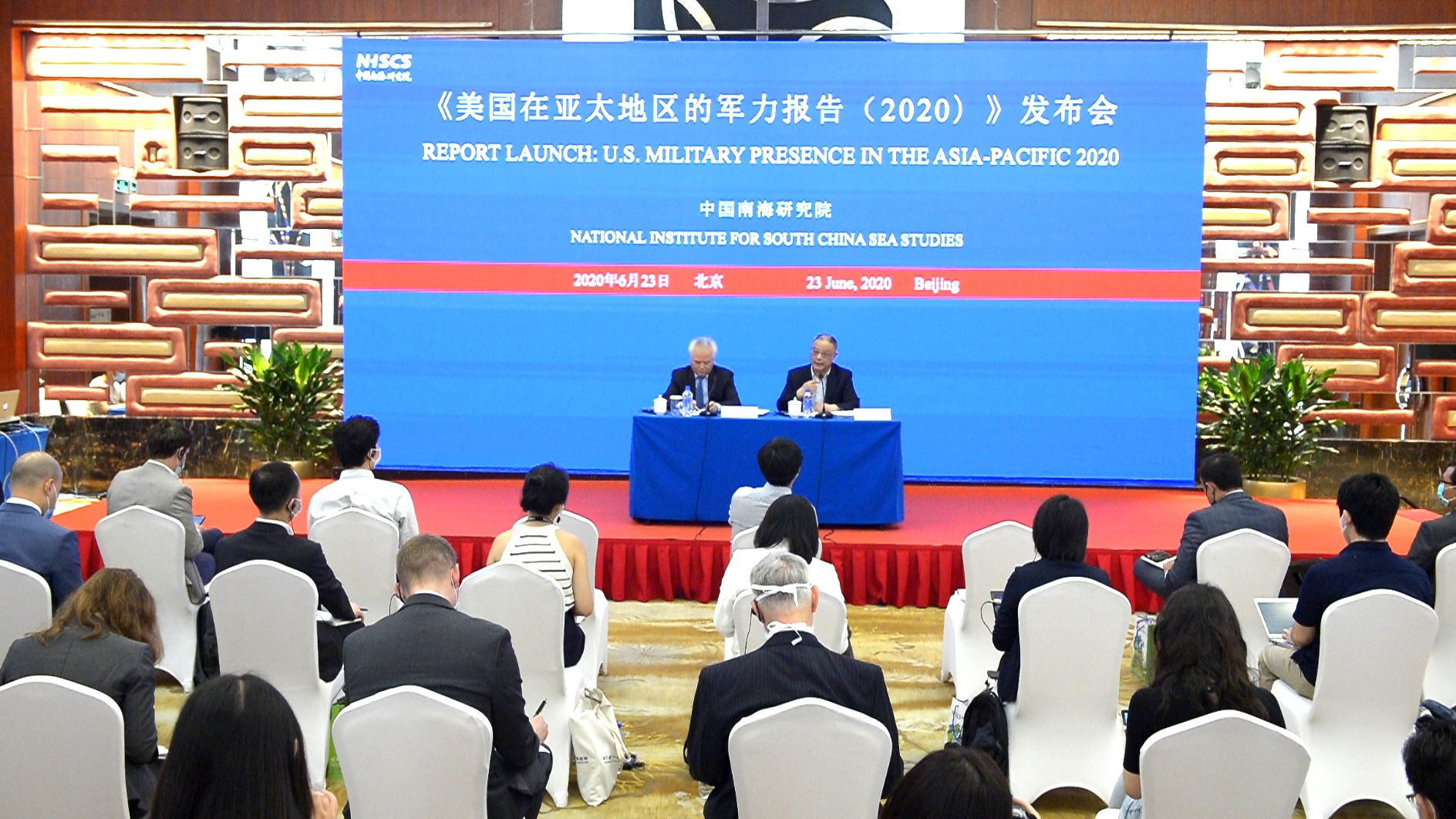 The U.S. Military Presence in the Asia-Pacific 2020 is released by the National Institute for South China Sea Studies (NISCSS), in Beijing, China, on June 23, 2020. /nanhai.org.cn

The U.S. Military Presence in the Asia-Pacific 2020 is released by the National Institute for South China Sea Studies (NISCSS), in Beijing, China, on June 23, 2020. /nanhai.org.cn

Editor's note: Azhar Azam works in a private organization as a business analyst and writes on geopolitical issues and regional conflicts. The article reflects the author's opinions, and not necessarily the views of CGTN.

A report by a Chinese think tank, the National Institute for South China Sea Studies (NISCSS), said that the Trump administration has been trying to exert U.S. security, political and economic influence in the Asia-Pacific through the troop deployment from its Indo-Pacific Command, large-scale high-tech and latest weaponry and a broad series of controversial "Indo-Pacific" strategies.

The study pressed the U.S. to drop the impression of starting a new Cold War and hail China's concept of non-conflict, non-confrontation, mutual respect and win-win cooperation that would reduce the risk of a military conflict between the largest and second-largest economies of the world and ensure peace and stability in the region.

Urging military-to-military cooperation, the paper suggested that the two sides should prioritize to resolve differences and set up hotline links, implement a confidence and crisis prevention agreement and work to create a felicitous environment for communication and dialogue on nuclear security, cyber and outer space and artificial intelligence.

It is now a secret of Polichinelle that the U.S. has been making frantic and grievous efforts to dominate the Asia-Pacific and the Strait of Malacca, from where nearly 60 percent of the world's gross domestic product (GDP) flows, to overcome its economic headlocks by positioning the so-called security forces assistance brigades (SFABs).

Army Secretary Ryan McCarthy in January asserted that Washington would send its training and advisory units in 2021 and 2022 to the Asia-Pacific to "neutralize all the investments China and Russia have made."

The move to deploy multi-domain task forces – with a focus on the realms of intelligence, information, cyber, electronic warfare and space (I2CEWS) – was to be bolstered by making new alliances with regional partners and signing a new agreement with the National Reconnaissance Office that develops U.S. spy satellites.

The U.S. Department of Defense in early 2018 announced to stand up one National Guard and five active-duty SFABs and installed the first in Afghanistan in May 2018. The Fort Bragg-based 2nd SFAB replaced the first in the spring of 2019, which is now slated to be swapped by another this month. Washington has so far arrayed the brigades in Afghanistan, Iraq and Africa and lately sent a unit to assistant the Colombian army.

Although the Pentagon claimed the success of the first SFAB in Afghanistan, the U.S. special inspector general for Afghanistan reconstruction (SIGAR) expressed his skepticism in the ability and competence of the specialized forces.

In a June 2019 report, SIGAR chief John Sopko said that the training and advisory mission couldn't develop the capabilities of Afghan security forces because it failed to find enough experienced advisors, and despite offerings of a number incentive, "the first SFAB was (just) filling billets right up to the day they departed. "

The U.S. Embassy on May 28 announced the arrival of a SFAB in Colombia to help its fight against drug trafficking. But it wasn't welcomed in the country, either over doubts that the effort was part of a security strategy between the two countries or that it was linked to a veiled alliance against Venezuela. Opposition party leaders slammed the move and accused the U.S. of starting a regional war.

It is thus somewhat incredulous that the U.S. task forces in the Pacific would help the country to ensure the pretended "ironclad and enduring commitment" to the region and strengthen the American position to conduct global commerce, build investors' confidence and allow it to compete economically. Instead, any sort of incitement in its priority theater would nonplus global economy, quiver capital markets and shake up stockholders' trust.

The U.S. should remodel its strategy, stop baiting nations in the Asia-Pacific for annexing a teeming influence in the vital shipping lanes and pursue the path of cooperation, mutual existence, peaceful development and shared growth that would be the bedrock of a renewed Sino-U.S. collaboration in an era of tense global economic topography.

Making headway, China's commitment to defend world peace, advance development worldwide and uphold international order provides an ideal footprint to thwart frictions and promote cooperation between the two countries in the Asia-Pacific. It nevertheless should bet counter-weighted with the equitable response and trust-building measures from the States. 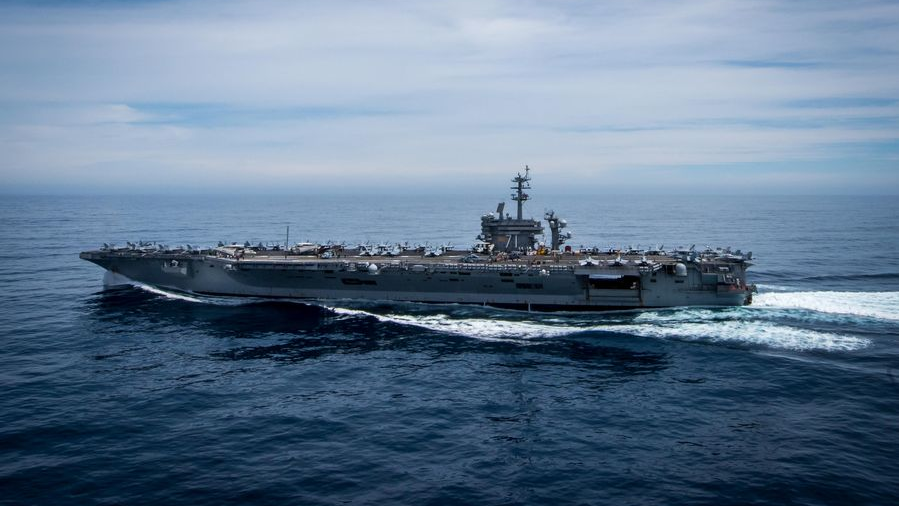 It is by dint of unswerving Chinese efforts to lift mutual assurance and multilateral engagement with ASEAN nations that their conviction in Beijing is climbing. "The State of Southeast Asia survey 2020" by a Singaporean firm, the ISEAS-Yusof Ishak Institute, earlier this year found that seven out of 10 ASEAN member states preferred China over the U.S.

Beijing's concept of the Asia-Pacific is comprehensive and pragmatic. The proposed initiatives and ideas should not affect the existing cooperation, mechanisms and achievements in the region and emphasis should be given on consensus, openness and inclusiveness without engaging in geographical confrontations.

Beijing is committed to building relations with ASEAN countries through political consensus and peaceful dialogue. It remains ASEAN's largest partner for 11 consecutive years, which attests to the growing empathy between the two sides.

Only a strong and stable China can bankroll peace and development in the region and beyond. China's economic growth is also in the interest of the U.S., as it would ensure Beijing meets its purchase commitments under the Phase-1 trade deal with Washington and help the Trump administration stem the flow of rising job losses and even reverse the trajectory.

China is a key contributor to the U.S. economy. This has been proven many times in the past and was reaffirmed recently as the Dow fell 400 points after White House trade advisor Peter Navarro incorrectly claimed that the trade deal was "over," leading Trump to intervene and say that the treaty was "intact."

In a rapidly maturing, well-informed and technologically transformed world, countries can't be conned by U.S. assertions that its approach for the Asia-Pacific is to safeguard "sovereignty, freedom, openness, rule of law, fairness and reciprocity" and doesn't exclude China.

Washington's claims about playing a constructive role can be only endorsed if it ceases to exacerbate the situation in the Asia-Pacific and sincerely engages Beijing for durable peace and sustainable economic development in the region.