Singapore braces for election 'like no other'
Freddie Reidy 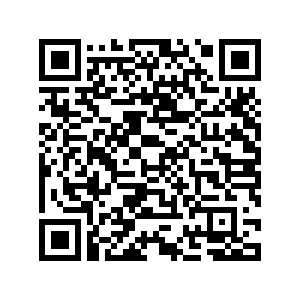 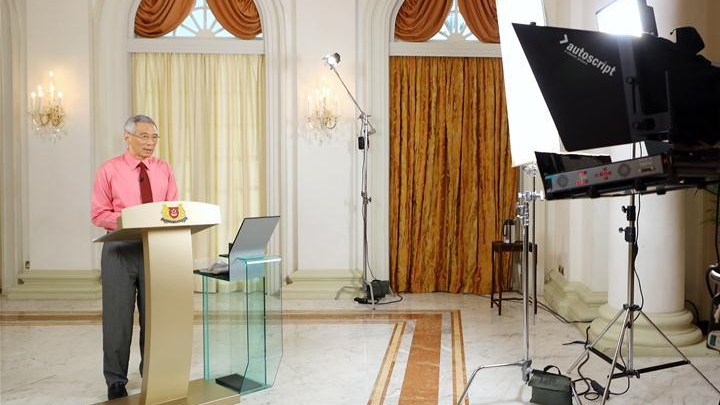 "This election will be like no other we have experienced," said Singaporean Prime Minister Lee Hsien Loong, announcing a snap election for July 10. It will be an election with no rallies, mass gatherings or events due to COVID-19. But will the outcome be like no other?

An election "like no other" would suggest some considerable change is afoot, the electoral history of Singapore though, has thus far been nothing but consistent. The ruling People's Action Party (PAP) has been in charge since Singapore's independence in 1965. The Lee family itself has been in power throughout, bar a 13-year interregnum while Goh Chok Tong was in office.

One of the reasons the PAP is deemed so successful is that Singapore has seen an incredibly successful and sustained growth trajectory.

Singapore is home to the world's largest port. It is a major financial hub that manufactures four of the world's 10 most popular medicines. It is home to many of Asia's largest technology firms.

Much of this success has been enabled by firm governance which has safeguarded the nation from political instability, corruption and economic vulnerability, which many of its neighbors have endured.

While it is also true that it is difficult for rival political parties to gain ground on the PAP, its inhabitants have favored stability, efficiency, order and a strong economy over a more diverse political makeup of the parliament.

It is these attributes which Lee believes need to be defended in the upcoming election as the nation confronts the wider consequences of COVID-19. "Without a Herculean effort by us, we cannot be certain that what we have painstakingly built over decades will continue to stand, and not collapse in the storm."

In keeping with the less than usual conditions of the election, the PAP manifesto seems to be focused on the short term.

The three key priorities are: keeping the population safe from COVID-19, restarting and transforming the economy and supporting Singaporeans in these challenging times. However, while launching the PAP manifesto, the incumbent prime minister did reaffirm a commitment to globalization and investment in large infrastructure projects as objectives for the future. 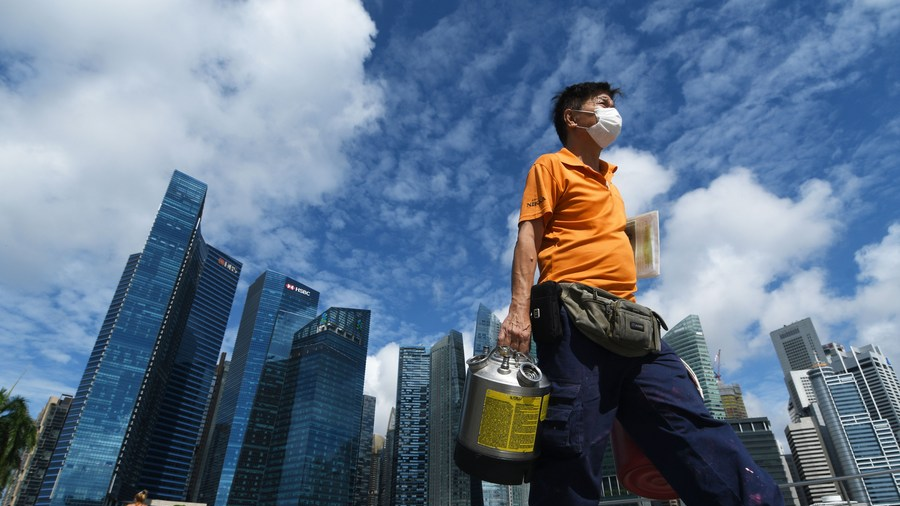 A worker delivers goods outside a shopping mall in Singapore, June 19, 2020. /Xinhua

A worker delivers goods outside a shopping mall in Singapore, June 19, 2020. /Xinhua

There is also political expediency in focusing on the short term. Singaporeans trust the PAP and Lee to navigate them through these difficult times and secure economic prosperity. Lee has stated that he will retire from office ahead of his 70th birthday in two years.

A campaign focused on the short term is not only an invitation for stability amid turmoil, but also provides time for Lee's successor to get established.

Throughout the crisis, the so-called "4G" cadre has been given great responsibility in navigating the nation through the COVID-19 crisis. Singapore had fared well until outbreaks in foreign worker dormitories led to 40,000 cases in a second wave, but this has since been largely overcome thanks to the nation's "circuit breaker" lockdown measures.

The timing of the election is also fortuitous, by luck or design. The contrast with the presidential election in the United States could not be starker with the U.S. government's mismanagement leading to cases jumping to 2.5 million as well as mass unemployment.

The PAP can use their response and the need to safeguard Singapore's upward trajectory as a major election message in the face of such an extensional threat.

As the party which delivered this trajectory, it has also been able to drape itself in the flag and articulate a message which entwines patriotism with the party. "Election after election, PAP governments have never failed to deliver on our promises to the people." When the party speaks, it speaks as the nation, as their election slogan suggests, "Our Lives. Our Jobs. Our Future."

The multi-ethnic makeup of Singapore has prompted a consistent reinforcement of the message of national unity in overcoming adversity on a social or an international scale. A vote for the PAP, the party of modern Singapore's founding father Lee Kuan Yew, has always been the guarantor of unity.

There is a threat to this unity though with Lee's estranged brother, Lee Hsien Yang, joining the rival Progress Singapore Party (PSP). The two brothers have been embroiled in a long dispute over their late father's estate. So it remains to be seen whether this will be viewed as another battleground or a sign of a more significant political schism.

There is little to suggest though that Singaporeans will abandon the party of their founder at a time of global crisis and risk the social and economic certainty to which they have become accustomed.

Change will come to Singapore, but it is likely to arrive in two years when the incumbent retires from the office he has held since 2004. This may, therefore, be an election in circumstances like no other, but it will deliver a result like every other.