The Art of AI: An interview with Kai-Fu Lee
Kai-Fu Lee 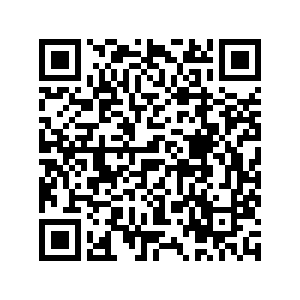 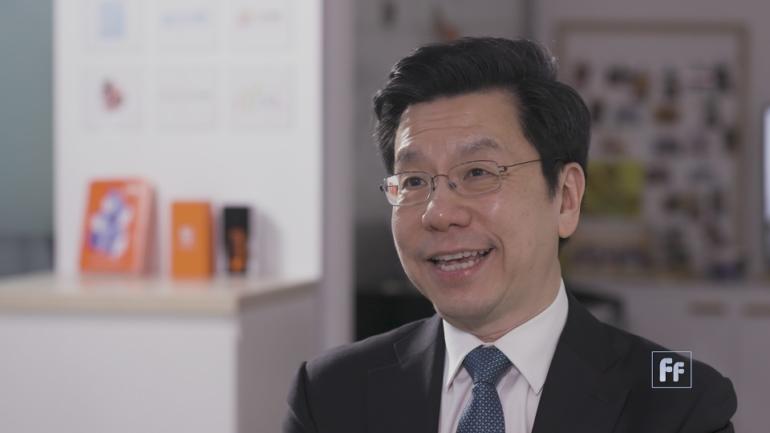 Kai-Fu Lee during an interview on Full Frame, a program of CGTN America. /CGTN

Kai-Fu Lee during an interview on Full Frame, a program of CGTN America. /CGTN

Editor's note: A leading figure in the Chinese tech scene and in artificial-intelligence development globally, Kai-Fu Lee earned a PhD in computer science from Carnegie Mellon University in 1988 before serving in executive roles at Apple, SGI, Microsoft, and Google, where he was president of Google China. Now chairman and CEO of Sinovation Ventures in Beijing, he is the author of AI Superpowers: China, Silicon Valley, and the New World Order. Here, he discusses with Project Syndicate the global AI race, the current state of the field, and what may – and should – come next.

Question: As someone who long worked for U.S. companies and now oversees a tech venture capital firm, you're deeply familiar with the world's two main settings for AI development and research. What are the trade-offs of each R&D environment? What advantages does China offer over the U.S., and what must policymakers change or improve to achieve China's goal of catching up to and surpassing the U.S.?

The attitude in China can be summarized as pro-tech, pro-experimentation, and pro-speed, all of which puts the country on track to becoming a major AI power.

The big players in China are competing fiercely with their U.S. counterparts, and rapidly catching up in terms of research and scientific expertise, as well as global platform experience.

Because China is a latecomer in the world's technology leadership, clear and consistent government policy has also helped accelerate the growth in R&D funding, as well as encouraging the adoption and implementation of AI technologies across the Chinese public and private sectors.

In my interactions with national leaders around the world in recent years, I have been glad to see more countries adopting national strategies for technology and investment – particularly in AI – to advance their economies.

Question: You recently reported that only a few of the roughly 40 investments that Sinovation Ventures has made in AI would actually threaten jobs. That will no doubt surprise many readers, given that labor-replacing automation has been a major focus of attention in media coverage of AI. What are the most promising AI applications that the dominant narrative ignores? What's the best value-enhancing application that no one has ever heard of?

KL: AI has moved from the age of discovery to the age of implementation, and the biggest opportunities are in businesses where AI and automation can deliver significant efficiencies and cost savings.

Among our invested portfolios, primarily in China, we see flourishing applications in banking, finance, transportation, logistics, supermarkets, restaurants, warehouses, factories, schools, and drug discovery. But I am most hopeful about the impact of AI on education and health care.

I would highlight education-related applications as an area where China may soon be leading the world. We have companies in our portfolios developing AI solutions to personalize and gamify math learning, to improve English pronunciation, and even to grade exams and homework.

This promises to free teachers from routine tasks, allowing them to spend time building inspirational and stimulating connections with the next generations.

In health care, we have companies combining deep learning and generative chemistry to shorten the drug-discovery time by a factor of three or four. We have also invested in a company that uses AI and big data to optimize supply chains, reducing medication shortages for more than 150 million people living in rural China.

I feel particularly confident that AI education and health-care applications are evolving in ways that will benefit current and future generations at scale. 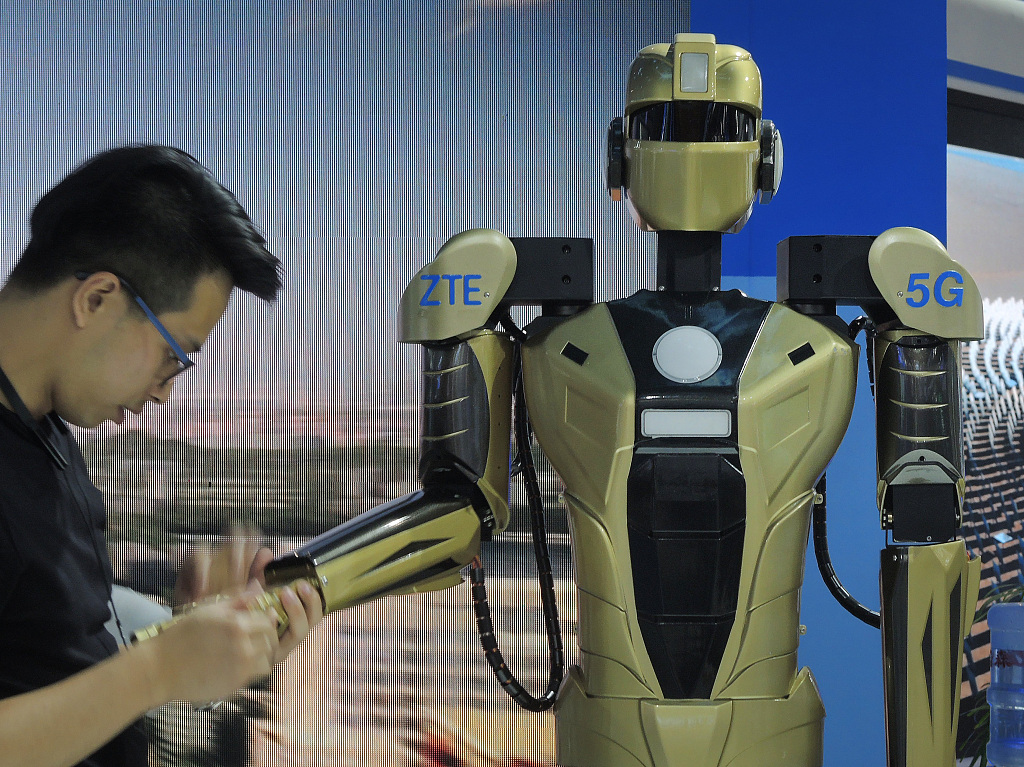 Question: Turning that question around, which areas of AI have been overhyped, either by the industry or in the media?

KL: Many dystopian visions of AI predict omnipotent superintelligences, which may or may not spell the end of humankind. To be clear, this sort of superintelligence is not possible based on current technologies. There are no known algorithms for AGI (Artificial General Intelligence), nor is there a clear engineering route to get there.

The singularity is not something that can occur spontaneously, with autonomous vehicles (AVs) running on deep learning suddenly "waking up" and realizing that they can band together to form a superintelligent network. I do feel that AGI is overhyped and creates unnecessary fear among people.

Getting to AGI would require a series of foundational scientific breakthroughs in AI, a string of advances on the scale of, or greater than, deep learning. These breakthroughs would need to remove key constraints on the "narrow AI" programs that we run today, and empower them with a wide array of new abilities: multi-domain learning, domain-independent learning, natural-language understanding, commonsense reasoning, planning, and learning from a small number of examples.

Taking the next step to emotionally intelligent robots may require self-awareness, humor, love, empathy, and appreciation for beauty. These are the key hurdles that separate what narrow AI does today – spotting correlations in data and making predictions.

I cannot guarantee that scientists will not achieve the breakthroughs that would bring about AGI and superintelligence in the future. In fact, I believe we should expect continual improvements to the existing state of the art. But I believe we are still many decades away from the real thing.

Question: Putting aside the complications posed by the current U.S.-China trade/technology war, should there be a global pact for AI along the lines of the Universal Declaration of Human Rights (which has been updated over time to account for scientific advances in genetics and other fields)?

KL: Whether the Universal Declaration of Human Rights is the right vehicle, I cannot say, but it is true that global cooperation is paramount.

In my book, I urge us to move beyond competitive instincts to recognize that AI's effects know no borders, and that our common challenges call for solutions that recognize how inextricably intertwined our destinies are across all economic classes and national borders.

Having said that, the idea that we can come up with a single set of global standards for AI ethics and consider the job done is naive, I fear. There is no one institution with either the mandate to codify basic rules or the power to enforce them.

We must recognize that attitudes and visions for AI will be different across regions and countries. We must find a way to work together to reach serviceable solutions (which is a challenge to which I am contributing some of my personal time). But we're still a long way off.

Question: You've said that AI will never be capable of mimicking key human traits such as creativity and empathy. What about human morality? When it comes to vesting AIs with moral decision-making – for example, when an SAE Level 5 AV (one with full autonomy) confronts the "trolley problem" – must governments step in, or could the relevant standards be set by the industry over time?

KL: It's a good question. I tend to believe that these sorts of scenarios, and the "standards" that might be created to solve them, will be based on the accumulation of data, and therefore shaped by the industry over time. Engineers are clearly focused on developing systems that are safe and rigorously tested.

Question: You've said that if we can get AI right, it could liberate us from toil and free up more time for leisure. That's a very old promise, going back at least to John Maynard Keynes; and yet, despite the many labor-saving innovations of recent decades, we seem to be working more than ever. Why should we believe that this time will be any different?

KL: Simply put: Because AI is bigger – much bigger – than the introduction of the washing machine or the industrial production line. The AI revolution will be at least of the same magnitude as the Industrial Revolution, but probably larger, and definitely faster. Whereas the steam engine replaced only physical labor, AI can perform both intellectual and physical tasks.

For cognitive tasks, the ability to learn means that computers are no longer limited simply to carrying out a rote set of instructions written by humans. Instead, they can continuously learn from new data and perform better than their human programmers. For physical tasks, robots are no longer limited to repeating one set of actions (automation), but instead can chart new paths based on the data they take in (autonomy).

Together, this enables AI to perform countless tasks across society: driving a car, analyzing a disease, providing customer support, and so on. AI's superhuman performance of these tasks will lead to massive increases in productivity and the potential for liberation from toil.

Question: When not AI-ing, what does leisure mean to you?

KL: Spending time with my family is very important to me.