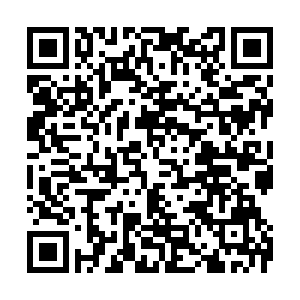 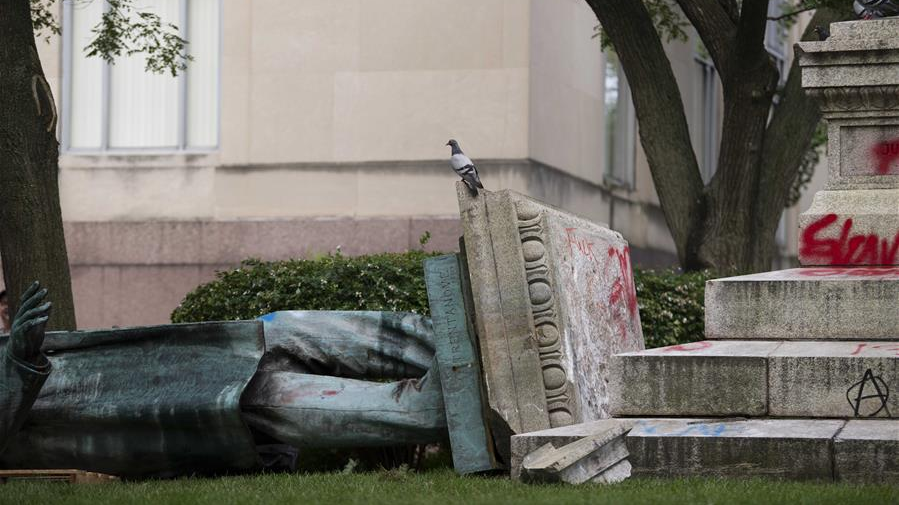 The statue of Confederate General Albert Pike is seen on the ground after it was toppled down by BLM protesters, in Washington, DC, U.S., June 20, 2020. /Xinhua

The statue of Confederate General Albert Pike is seen on the ground after it was toppled down by BLM protesters, in Washington, DC, U.S., June 20, 2020. /Xinhua

The new decree will impose harsh prison sentences on anyone caught vandalizing such structures and withhold federal funds from cities and police departments that don't do enough to prevent or respond to these crimes.

This move is fully in line with the president's repeated promise over the past few weeks to impose "law and order."

Regardless of what one thinks about him personally or his wide variety of controversial policies, he did the right thing this time. Trump's executive order explicitly states that "Individuals and organizations have the right to peacefully advocate for either the removal or the construction of any monument. But no individual or group has the right to damage, deface, or remove any monument by use of force."

This is the standard that practically every country in the world applies, and there's no reason for the U.S. to be an exception.

It's understandable that some people intensely dislike certain monuments that they associate with slavery, some other controversial topic, or simply consider to be an eyesore, but that doesn't give them the right to assemble into violent mobs rampaging through their cities and destroying public property in the wake of their riots.

The very fact that so many Confederate monuments have been quickly removed from the public sphere by their respective municipalities in recent years testifies to how effective peaceful campaigning can be.

Those that blatantly break the law by vandalizing public memorials are therefore only doing so to send a political message to the rest of the population. Trump's executive order claims that the criminals are "anarchists and left-wing extremists" who "have explicitly identified themselves with ideologies – such as Marxism – that call for the destruction of the United States system of government." He regards their views as representative of a "fringe ideology."

Protesters gather near a burning pawn shop down the street from the Minneapolis 3rd Police Precinct building in Minneapolis, Minnesota, U.S., May 28, 2020. /Xinhua

Protesters gather near a burning pawn shop down the street from the Minneapolis 3rd Police Precinct building in Minneapolis, Minnesota, U.S., May 28, 2020. /Xinhua

It's regrettable that some monument vandals openly associate their crimes with an economic ideology whose traditional teachings never advocated anything of the sort since such actions can be exploited by others to discredit left-wing beliefs in general, which is exactly what Trump is presently doing.

The Democrats don't seem to mind too much though since the hyper-polarization of American politics seems to be exactly what each party wants ahead of the November election.

The opposition has spent the past three and a half years portraying Trump as an extreme right-wing dictator whose actions allegedly resemble an interwar fascist leaders,' while he in turn is presenting the Democrats as a bunch of left-wing extremists whose future vision for the country allegedly resembles a communist one.

Neither depiction is entirely correct but rather the exaggeration of partisan stereotypes intended to rally their respective bases out of fear that failing to win the next election will lead to the end of America as they know it.

It's here where the recent spree of monument vandalism has its greatest effect on shaping voters' perceptions. By simply wanting to enforce the law in compliance with international standards stipulating the removal of monuments should be undertaken in a peaceful and legal way, Trump is able to present himself as the champion of the pre-crisis status quo and everything that America is ideally supposed to represent.

On the other hand, by not condemning these crimes, the Democrats appear to be at least passively complicit.

It might end up being politically problematic for the opposition if they don't emphatically distance themselves from this latest crime spree against public property.

Average Americans don't feel comfortable with masked mobs patrolling the street and destroying historical monuments even if they themselves don't like what those objects represent.

If the Democrats want to win back the White House, they must appeal to the moderate majority of their compatriots, which is why they should openly support Trump's latest monument move.