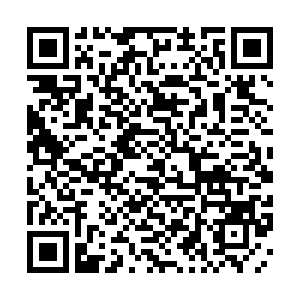 At least 23 civilians were killed in Afghanistan's southern Helmand province and dozens were wounded when rockets hit a cattle market on Monday, Afghan government and Taliban officials said.

The warring sides blamed each other for the attack on the open-air weekly cattle market in Sangin district, where hundreds of villagers from neighboring districts had gathered to trade sheep and goats. 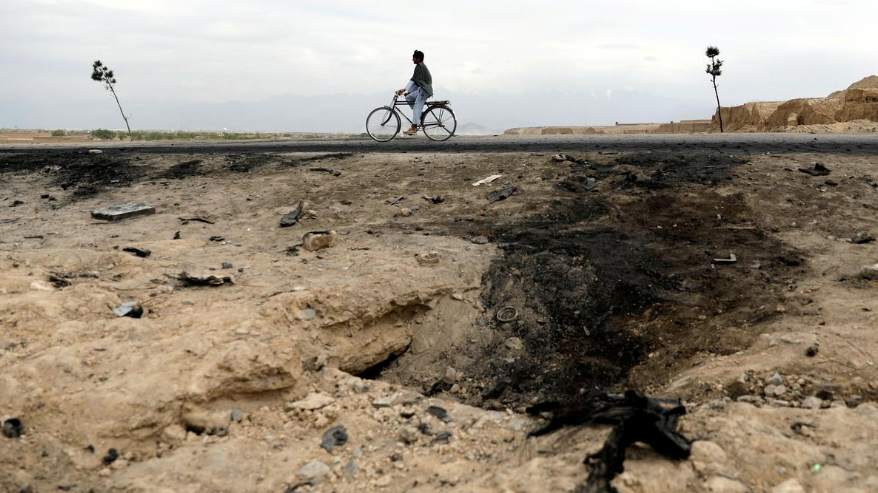 An Afghan man rides on a bicycle past the site of a car bomb attack where U.S soldiers were killed near Bagram air base, Afghanistan, April 9, 2019. /Reuters

An Afghan man rides on a bicycle past the site of a car bomb attack where U.S soldiers were killed near Bagram air base, Afghanistan, April 9, 2019. /Reuters

Khushakyar, who goes by a single name, said he was trying to sell a calf when the rockets hit the market. He said his two nephews were killed and his son was wounded.

"I saw around 20 bodies on the ground," he said, adding that dozens were wounded and "livestock lay dead next to men."

Some residents of Helmand province, a Taliban stronghold, said the shelling occurred during fierce clashes between Taliban militants and government security forces in residential areas surrounding the market.

A spokesperson for Helmand's governor said several rockets fired by Taliban insurgents landed close to the cattle market, killing 23 civilians, including children. But the statement did not provide further details and there was no claim of responsibility for the attack.

The army also said there was no military activity in the area on Monday and that two Taliban fighters were also killed when the car bomb detonated at the marketplace. Livestock that the locals were selling on the market, sheep and goats, were also killed.

"The government of the Islamic Republic of Afghanistan once again calls on the Taliban to refrain from war and violence and to accept the will of the Afghan people, which is the end of the war and the start of negotiations," Ghani's statement said.

The United Nations in recent reports and statements has asked both sides in the conflict to be more careful of civilian casualties, saying they are on the increase.

More than 500 civilians were killed and 760 others wounded because of fighting in Afghanistan in the first three months of 2020, the UN Assistance Mission in Afghanistan (UNAMA) said in late April.

Still, violence has continued unabated in Afghanistan, even though talks between the Taliban and Kabul representatives could start as early next month in July in Doha, Qatar, where the Taliban maintain a political office.

One of the obstacles to the start of the negotiations has been the exchange of prisoners, envisaged under a deal the Taliban signed with the United States at the end of February. That accord — and the Afghan-Taliban talks that were meant to follow — are seen as Afghanistan's best chance for peace and an opportunity for U.S. and NATO troops to leave the war-torn country after nearly two decades of fighting.