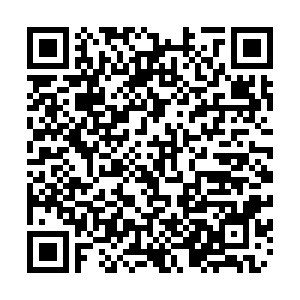 The Philippine Coast Guard (PCG) said on Monday that it had resumed searching for 14 Filipino fishermen and passengers of a fishing boat that sank after colliding with a cargo ship off the province of Occidental Mindoro early Sunday.

Besides a PCG patrol boat, the PCG said in a statement that it had also deployed a plane and a helicopter to increase the search and rescue operations that were resumed at 7:30 a.m. local time on Monday.

According to the PCG, cargo vessel MV Vienna Wood, registered in China's Hong Kong, collided with the fishing boat, FV Liberty 5, in the early hours of Sunday about 27 km off the coast of Occidental Mindoro.

A total of 12 fishermen, including the captain, and two passengers were missing after the fishing boat sank.

The boat's capsized hull was spotted at around 10 a.m., but there were no signs of the 12 fishing crew and two other Irma employees who had been aboard the Liberty Cinco, local media reported.

A search and rescue operation was launched on Sunday but was halted at night due to a strong current.

"When our (team) arrived in the area, they still saw the fishing boat capsized but did not find anyone anymore," said Commodore Leovegildo Panopio, commander of the Coast Guard's Southern Tagalog district.

The PCG said the cargo vessel with 20 crew onboard was sailing to Australia from Subic Bay in Zambales province of the northern Philippines, when it collided with the fishing boat that was headed to a fish port in Manila.

Investigations were underway to determine the cause of the collision.

The PCG said it had issued a notice to sailors, asking all vessels in the area to be on the lookout for the missing persons and to report any information on the incident.