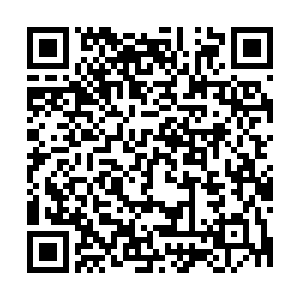 The Beijing Health Commission said on Monday that seven new locally transmitted COVID-19 cases were recorded on Sunday, raising total infections to 318 since June 11, when the first case from Beijing's Xinfadi market cluster infections was detected.

The seven cases were reported in two districts in Beijing: five in Fengtai, two in Daxing. They comprise three males and four females aged 25-56, an official told a media briefing on Monday afternoon.

A majority of Sunday's new cases have come into close contact of previously confirmed patients. 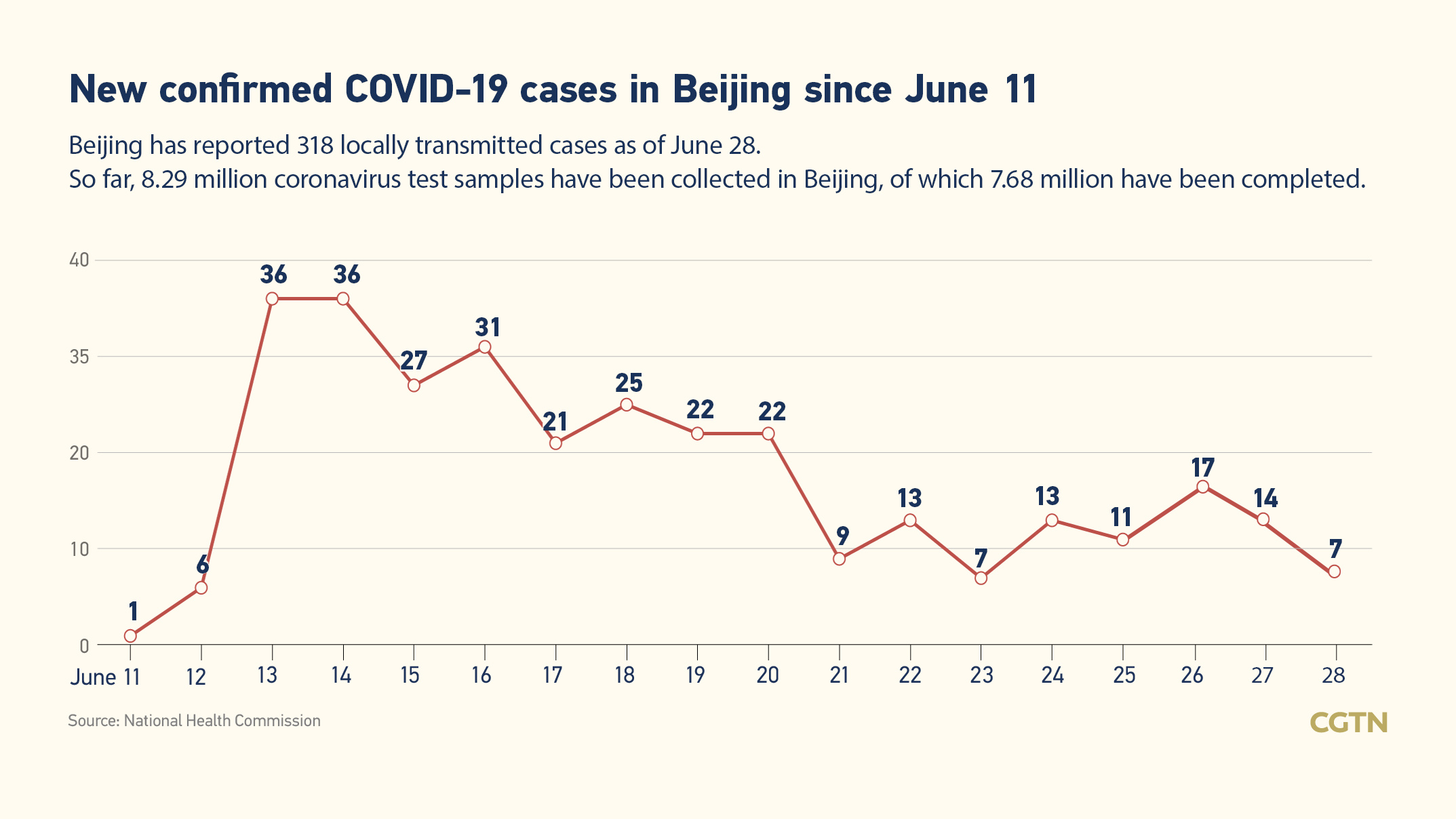 Close-off management in eleven residential communities in Fengtai District, the hardest hit district in Beijing, will be lifted wholly or partly, depending on if there're any confirmed cases, a senior Beijing official announced at Monday's briefing.

For communities with confirmed COVID-19 cases, only the specific blocks where the patients reside will remain under strict lockdown, the official added.

Closed-off management had been activated in 11 residential communities around the Xinfadi wholesale market on June 13,  two days after the first case of Beijing's new cluster emerged on June 11.

Other residents living in the same blocks with COVID-19 patients are required to conduct 14-day home isolation after disinfection finished in the building. They will also need to received virus test after the isolation.

People in centralized quarantine will need to spend another 14 days for further observation after they tested negative following the initial 14-day quarantine period. They'll be released back home after the second virus test shows the same result, official said.

While for people under home isolation and showed negative for virus test after the first 14 days, an additional seven-day quarantine is required if they worked at Xinfadi wholesale market or visited the the beef and lamb trade center of the market.

They will be tested again after the seven-day home isolation.