COVID-19: 'The king of spring onion' in Xinfadi market
CGTN 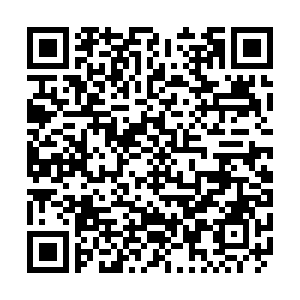 Just when Beijingers thought they could finally get their normal lives back on track, a new spike in coronavirus cases emerged, linked to a wholesale agricultural produce market named Xinfadi. The market was immediately closed after the virus was detected on June 13.

Established in 1988, today's Xinfadi supplies about 70 percent of Beijing's vegetables, 10 percent of pork, and three percent of beef and mutton.

The closure not only affected the city's food supply chain but also disrupted the lives of tens of millions of wholesalers, vendors, porters and cleaners employed in the market.

Feng Zhonglei is a wholesaler who has sold spring unions in the Xinfadi market for almost 20 years. Before the epidemic, he would sell about 80 tons of spring onions every day. This is why he is called "the king of spring onion" by other vendors in the market.

"I never expected that such a thing would happen in Xinfadi. The epidemic came very suddenly, the market was closed for the first time in more than 20 years," said Feng.

Feng Zhonglei never expected that such a thing would happen in the Xinfadi market. /Chinanews

Feng Zhonglei never expected that such a thing would happen in the Xinfadi market. /Chinanews

After his nucleic acid test result came back negative, Feng returned to work on June 15. In order to ensure undisrupted food supply, Beijing's government assigned a new location for wholesalers to trade. But problems continued to emerge.

Feng wanted to hire a van to deliver spring onions to a purchaser. But no driver agreed to accept his request since he used to work in the Xinfadi market. This wasn't an issue before the epidemic when vans always responded to his calls.

"The driver asked for more money, the workers asked for higher salaries. Without increased payment, drivers won't come, neither the workers. The cost of everything has increased," Feng said. "I used to sell 70 to 80 tons of spring onions a day, now it's less than 10 tons. My whole family is counting on me, I can't stop working."

Feng breaks down while talking about his parents. /Chinanews

Feng breaks down while talking about his parents. /Chinanews

Feng, who hails from Zhoukou City, central China's Henan Province retired from the army in 1997. He's been working as a wholesaler in Beijing's Xinfadi market since 2000.

"I sold vegetables in Xinfadi on a small tricycle back then. I have achieved today's business scale step by step. I grew up with Xinfadi, and we became stronger together. I will only leave it when there is no choice," said Feng.

During the coronavirus outbreak in Wuhan, Feng donated seven tons of spring onions to the city.

"I just wanted to make a little contribution to my country," Feng said. His biggest wish now is that the epidemic ends soon, so that the market can resume and they can get back to their normal lives.