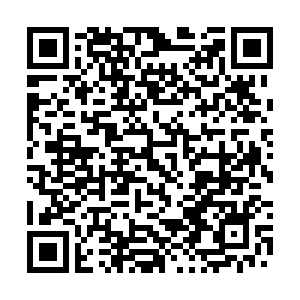 China's National Health Commission said on Monday that it received reports of 12 newly confirmed COVID-19 cases on the Chinese mainland on Sunday, including seven domestically transmitted cases and five imported ones.

All the domestically transmitted cases were reported in Beijing.

No deaths were reported Sunday, according to the commission. 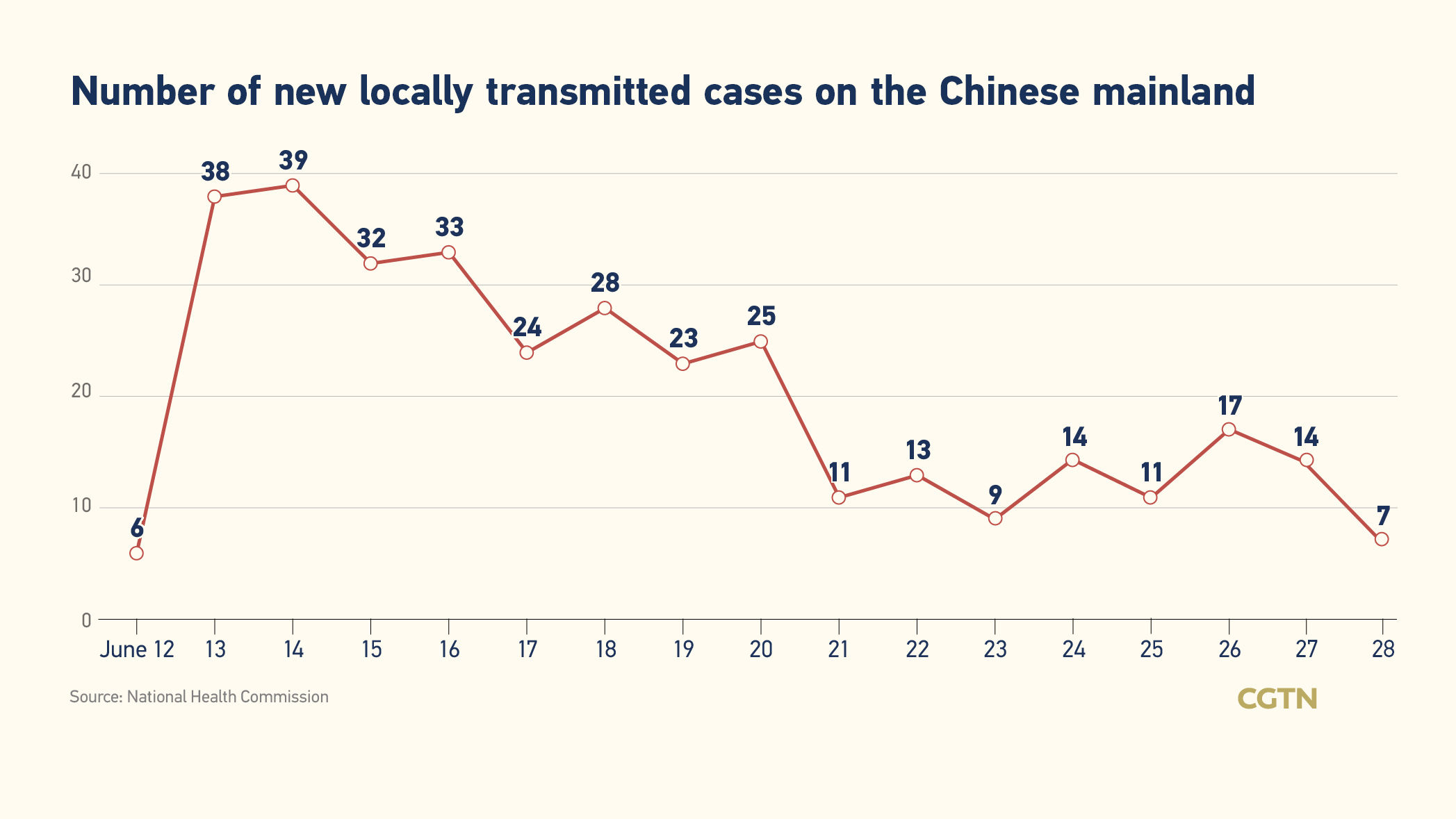 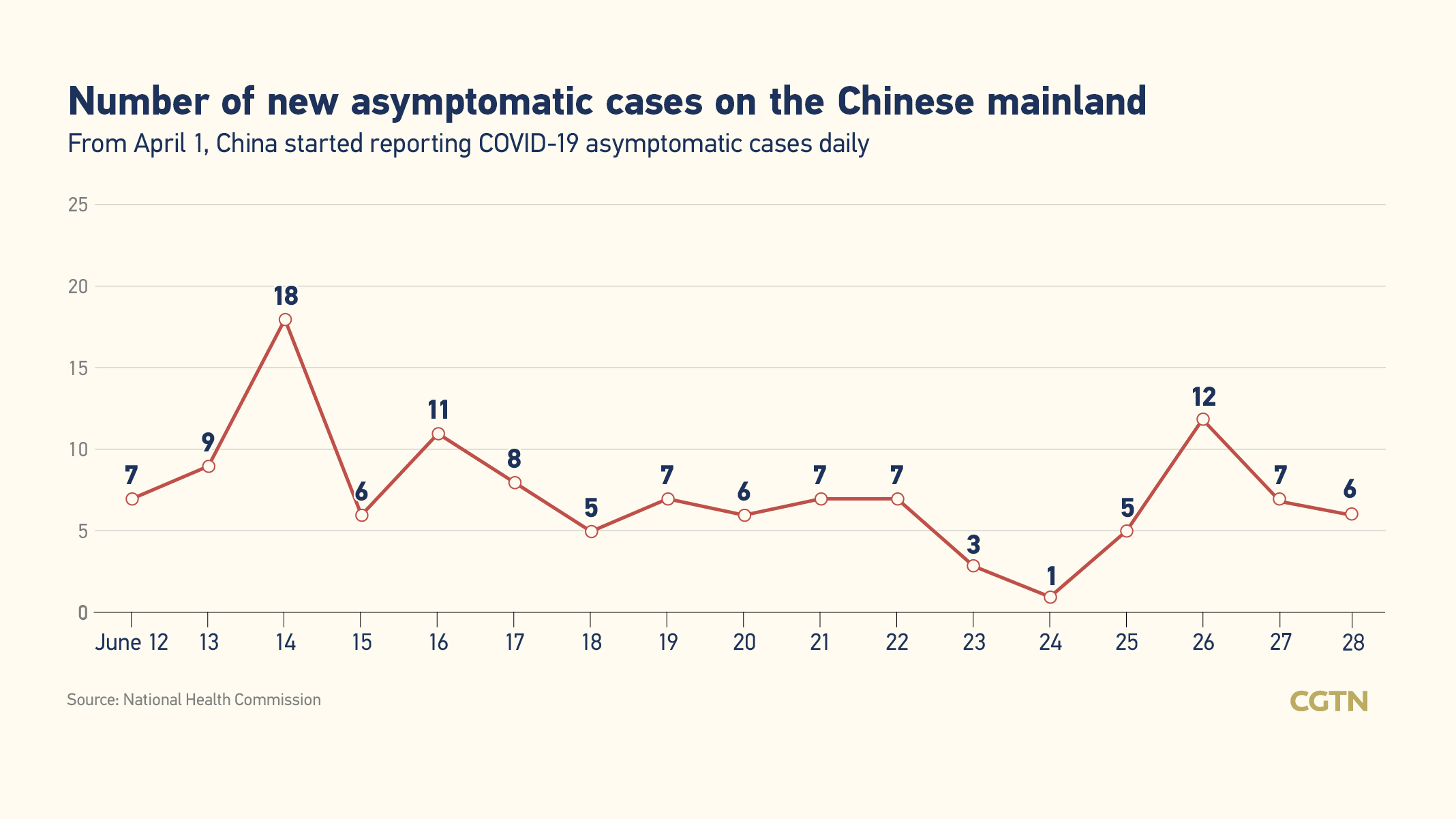 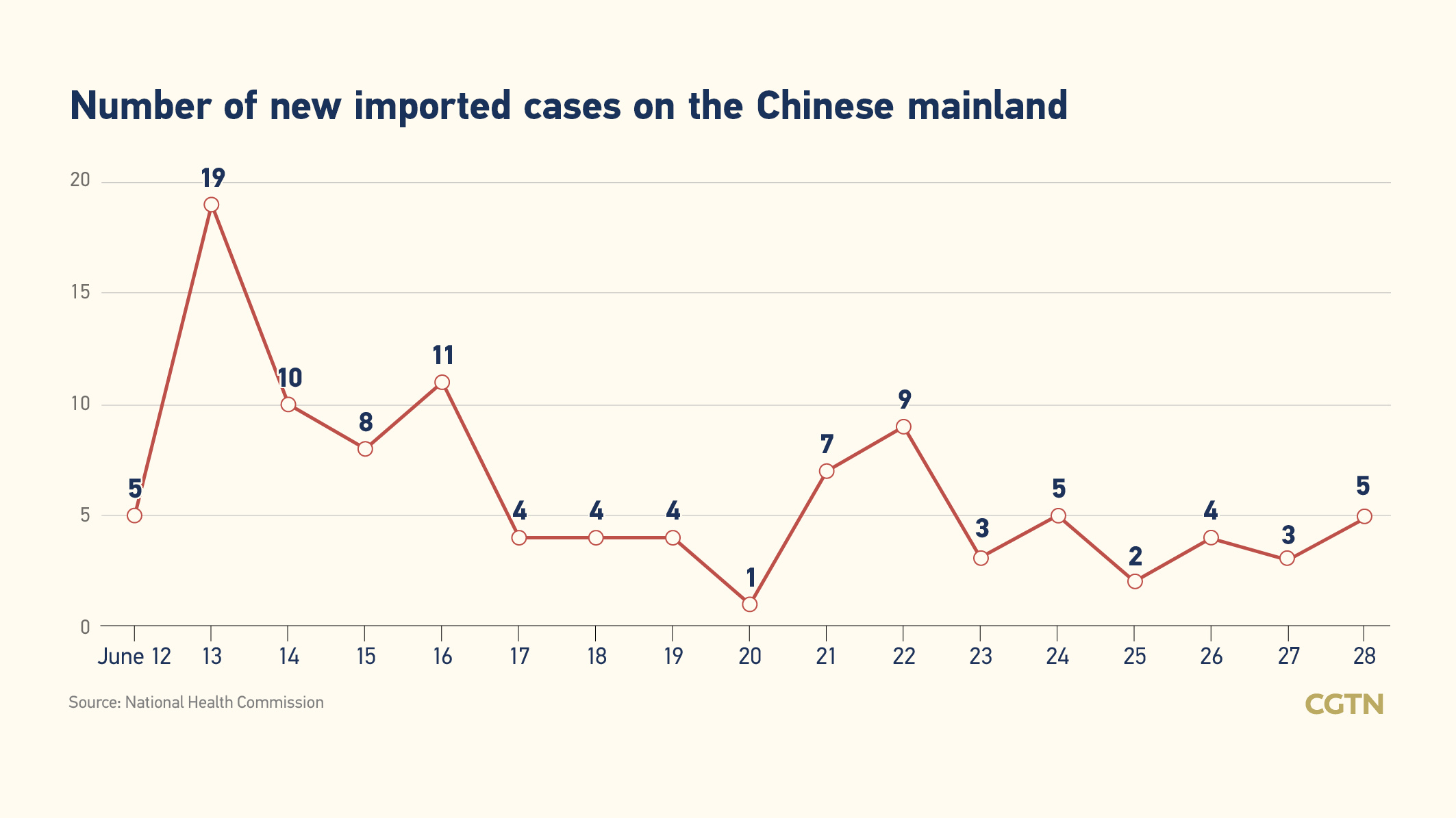 The total number of confirmed cases on the Chinese mainland stands at 83,512 and the cumulative death toll at 4,634, with 102 asymptomatic patients under medical observation.