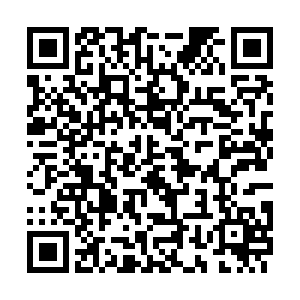 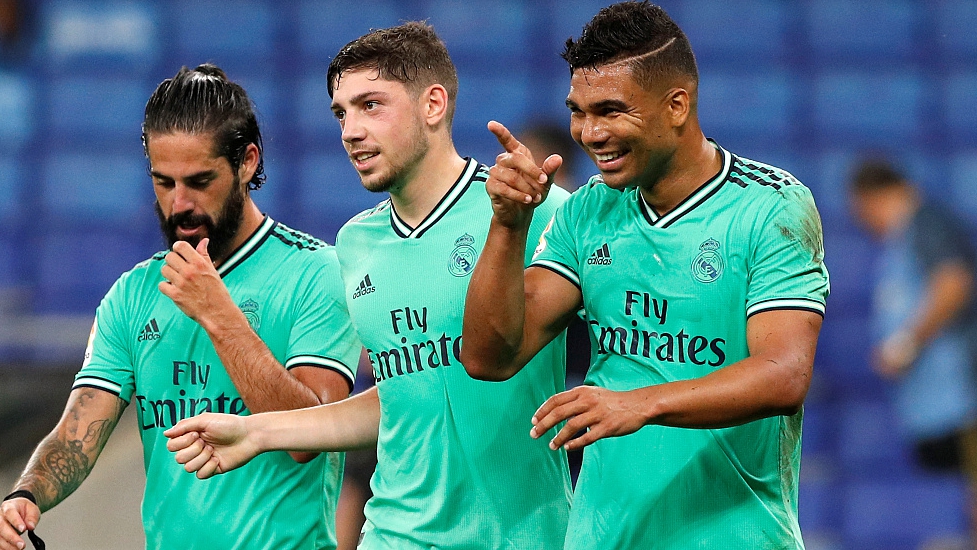 Karim Benzema delivered another moment of magic on Sunday as Real Madrid took a two-point lead over Barcelona at the top of La Liga by beating bottom club Espanyol.

Chinese star Wu Lei was among the Espanyol players who put up a good fight, but the huge gap in quality cruelly told on the pitch as Real took a complete control of the game.

Benzema's volley against Valencia could be goal of the season and he might now have a claim to best assist too after his brilliant back heel teed up Casemiro to finish for a crucial 1-0 win.

Madrid's advantage in the table, coming after Barca's draw away at Celta Vigo on Saturday, is their biggest since February and puts them within sight of their second league title in eight years.

Barcelona certainly have the harder run-in, with a resurgent Villarreal side to follow Atletico and then local rivals Espanyol, who have shown they might yet finish strong after a determined performance under new coach Franciso Rufete.

Rufete, who was previously the club's sporting director, is Espanyol's fourth coach of the season after the sacking of Abelardo Fernandez on Saturday.

His task is now to make up a nine-point gap between his team in 20th and Celta in 17th. 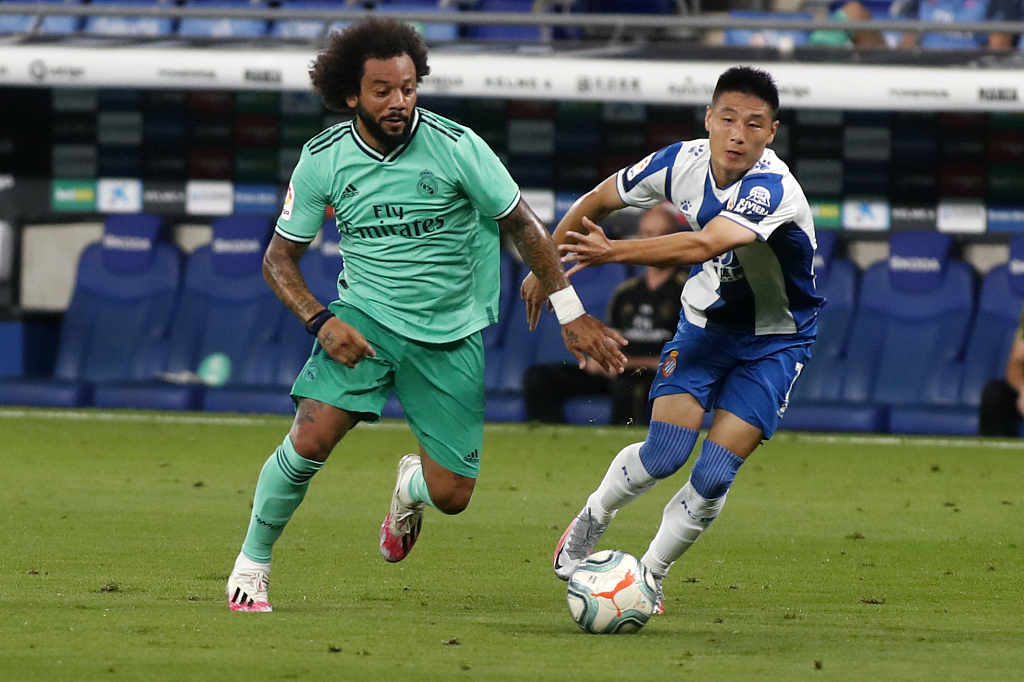 Elsewhere on Sunday, Manchester City bounced back from ceding their Premier League crown to Liverpool to remain on course for a cup treble by beating Newcastle 2-0 to move into the FA Cup semi-finals.

Kevin De Bruyne's penalty and a stunning strike from Raheem Sterling got City back to winning ways on Tyneside after a 2-1 defeat at Chelsea in midweek.

City will face Arsenal at an empty Wembley in the last four next month after the Gunners' Dani Ceballos struck in stoppage time to beat Sheffield United 2-1.

Chelsea were 1-0 victors at Leicester thanks to Ross Barkley's winner to set up a semi-final clash with Manchester United. Frank Lampard made six changes to the team that beat City and was nearly made to pay by a very slow start from his side at the King Power.

"It is a learning experience. I could have taken more off. I am not pulling those out on their own," Lampard said after hauling off Mason Mount, Reece James and Billy Gilmour.

"They will be top players for this club and have top careers. But if I have to do something in games I will do it. They will take it on the chin. We are fortunate they didn't take those chances. All the subs, in their own way, livened up the performance."