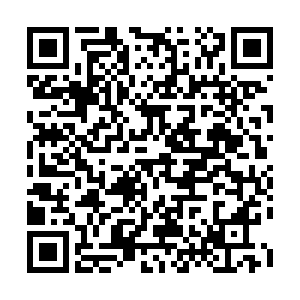 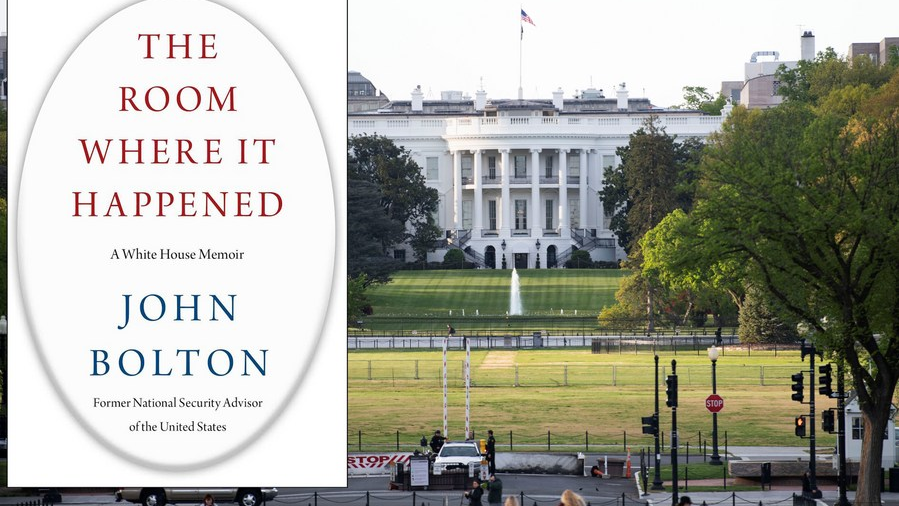 A combo photo of the cover of former U.S. national security adviser John Bolton's memoir and the exterior of the White House. /Xinhua

A combo photo of the cover of former U.S. national security adviser John Bolton's memoir and the exterior of the White House. /Xinhua

The end of John Bolton's career as Donald Trump's national security adviser came, likely, not when he resigned on September 10, 2019, but the moment Trump blinked on Iran and went ahead with meetings with Kim Jong Un, both in June that year.

Although Trump would later authorize the assassination of key Iranian General Qasem Soleimani, it was clear to most clear-eyed observers that Bolton's influence within the administration had reached a dead end.

Soleimani was killed on January 3, 2020, by an American drone strike while visiting Baghdad. Trump's bold decision to kill Soleimani reportedly took his own advisers by surprise. While administration officials including Vice President Mike Pence and Secretary of State Mike Pompeo emphasized after the fact that the killing was a legal act of self-defense, asserting that Soleimani was actively plotting imminent attacks against American forces and diplomatic missions, other sources, including The Washington Post, have reported that Trump decided to kill Soleimani to appear stronger among domestic critics and above all, according to The Wall Street Journal, to placate Senate Republicans set to vote in his impeachment trial, fittingly enough, for allegations of a transactional foreign policy with Ukraine designed to undermine Joe Biden, his likely Democratic opponent for the presidency.

Other reports subsequently have cast doubt on the imminence of any potential danger posed by Soleimani, and this appears likely given some apparent walk-backs by administration figures and even Trump himself.

However, in retrospect, if Trump's actual motivations as reported are true, then it is also likely that he killed Soleimani as a gift to Bolton and the Republicans, the latter then facing tremendous pressure to compel Bolton to testify during the impeachment trial.

Indeed, Democrats only needed four Republican Senators to break ranks and vote to subpoena Bolton, and several were wavering.

Further, although Bolton had indicated that he would testify if subpoenaed by the Senate, he was surely delighted with the assassination and confident Republicans would not call him, especially after Soleimani's death and Senate Majority Leader Mitch McConnell's insistence that no witnesses would be called.

Schiff gets it wrong (again)?

Indeed, Senate Republicans justified not calling Bolton in part because Schiff hadn't done so. This of course twisted the narrative considerably, but Democrats left themselves open on this point, however spurious, and it came back to haunt them, both then and now.

Now, Schiff faces significant pressure to call Bolton to testify post-facto, something leading House Democrats are reportedly hesitant to do insomuch as re-litigating a failed impeachment does not appear to play well with voters who are more concerned with COVID-19, a collapsing economy, and social unrest related to police brutality towards African Americans in particular.

Going back to the impeachment would stink of sour grapes and ill-timed partisanship, and it would open the door politically for Trump to brazenly turn towards foreign policy bully pulpit that all U.S. presidents enjoy, especially when facing unfavorable conditions at home. Thus, he would be pushed to take even tougher stands internationally, thereby distracting voters who are increasingly angry with his domestic policy failures, and simultaneously portray Democrats as wantonly out of touch and off the mark in a time of national crises. 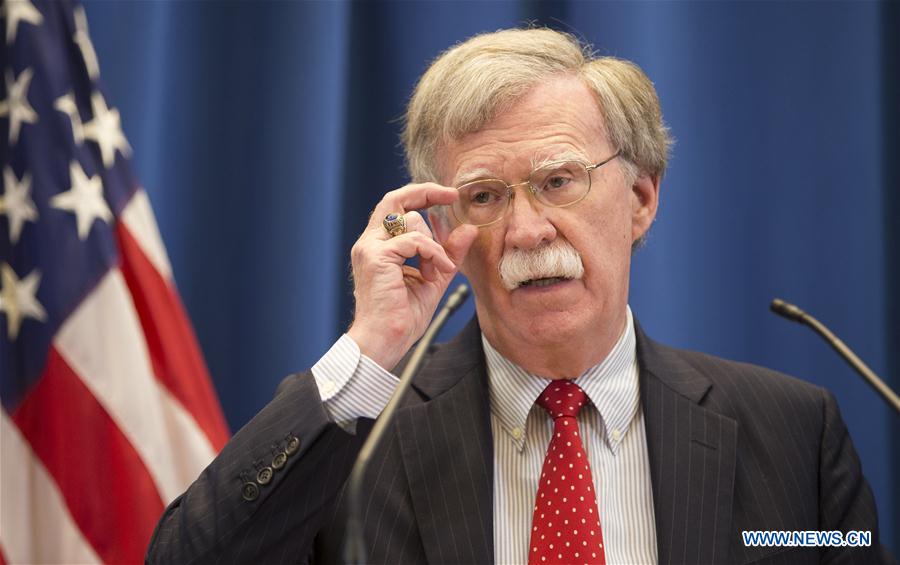 Of course, the pressure on Schiff, which he surely resents, has grown considerably with the release of Bolton's new book, "The Room Where it Happened (2020)", which not only validates some of the key allegations made in the impeachment articles, but also goes several steps further by claiming that Trump's foreign policy improprieties extended in other instances to several countries, including the astounding claim that he asked for China for "election help."

Schiff's soundbite response was to question Bolton's character, claiming he was motivated to publish the book for personal profit – that Bolton had commercialized his testimony instead of giving it freely in service to his country.

But this doesn't ring true for a number of reasons. Although unconfirmed reports indicate Bolton was paid two million U.S. dollars in advance for the book, it is likely that any money he makes on the book will be surrendered to the Executive Branch for having violated his non-disclosure agreement. This point was made in the written decision issued by the judge who heard in court Trump's arguments to block the book's release.

However, Bolton trained in law at Yale, and no doubt huddled extensively with the legal team at Simon & Schuster, the book's publisher, and all no doubt knew profits from book sales were always likely lost given the NDA. Further, while the judge hearing the case sided ultimately with Bolton, with expected royalty warning, a digital copy of the book was leaked widely before the decision appeared.

In short, making money doesn't seem to have been Bolton's primary objective.

The real aim of Bolton's book

More likely, Bolton's purpose has been to pressure both Trump and Democrats to advance his foreign policy objectives, including his well-known hawkish positions towards Iran, Cuba, Venezuela, and above all China, given the fact the book explicitly impugns the president for begging for favors from Xi Jinping, contrary to the "tough on China" image Trump has presented as his signature foreign policy.

Rather, Bolton understands that Trump reacts aggressively when his strength is questioned, and he likewise understands the current political calculus that Democrats will be tempted to take hardline positions on the very issues he accuses Trump.

In fact, this has already been confirmed in part by Biden himself, who has openly campaigned that he'll be "tougher on China than Trump."

Bolton also knows Democrats will face the unwelcome pressure to call him to testify, finally, which would serve him doubly by distracting the Democrats from their preferred agenda while simultaneously heaping even more pressure on Trump to act aggressively to prove Bolton wrong.

In this manner, Bolton's aim is to force Trump to race with Democrats per his objectives, in a race where Trump has the upper hand given the fact that he's still the chief executive. Or so it seems.

This is perhaps the closest Bolton will ever get to dictating U.S. foreign policy, even closer perhaps than his stint as the National Security Advisor. He knows this, and likely, both Trump and Schiff know it too.