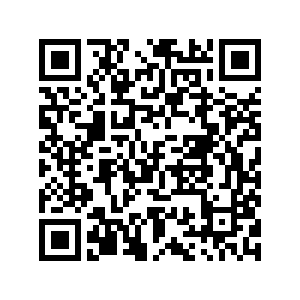 Editor's note: This is the 86th article in the COVID-19 Global Roundup series. Here is the previous one.

The United Kingdom's suspected COVID-19 death toll has hit 54,852, according to a Reuters tally of official data sources that underlines the country's status as one of the worst hit in the world.

The Reuters tally comprises fatalities where COVID-19 was mentioned on death certificates in England, Wales and Northern Ireland up to June 19, and up to June 21 in Scotland. It also includes more recent hospital deaths.

Unlike the lower death toll published daily by the government which health officials said on Monday stood at 43,575, the death certificate figures include suspected cases.

Prime Minister Boris Johnson has said the government has followed the best scientific advice and in April described its response to the pandemic as an "apparent success," but doctors and epidemiologists say a series of government missteps and failures have cost lives.

The one that's left out

While infections in Britain have waned and many restrictions are to be lifted across England from Saturday to revive the economy, the English city of Leicester has recently seen a notable surge in daily COVID-19 cases, propelling the authorities to place the city back on lockdown. 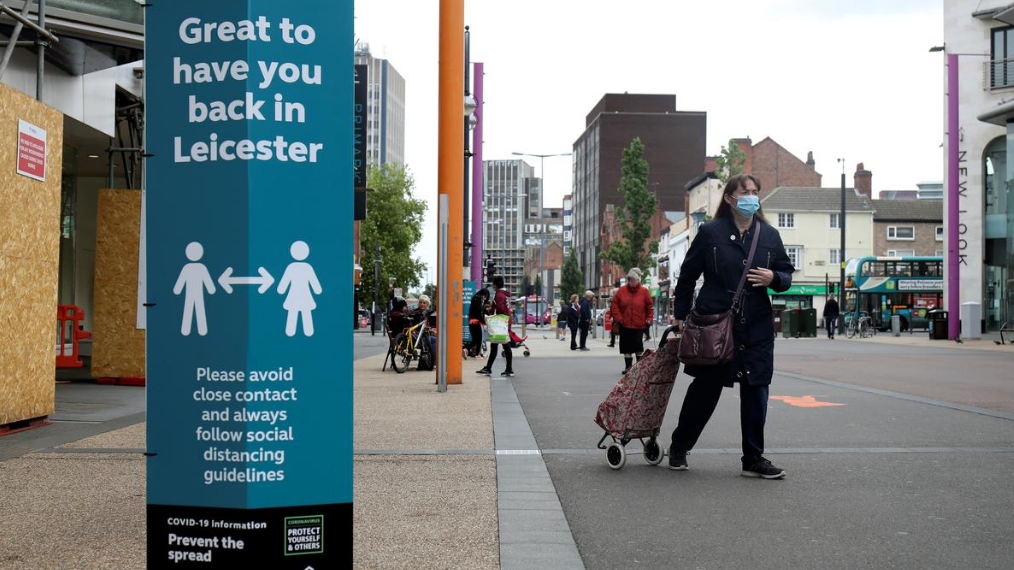 Leicester, which recorded a seven-day infection rate three times higher than the next worst city, accounted for 10 percent of positive cases in England in the past week. While the exact reasons behind the rise in Leicester were unclear, local residents said people had been widely flouting social distancing and other measures when the government first began easing rules two weeks ago.

Non-essential shops in Leicester will close Tuesday and schools will shut to most pupils from Thursday as part of the restrictions imposed after a rise in coronavirus cases, Health Secretary Matt Hancock told MPs. He also said that a Leicester travel ban was on the table.

Leicester Mayor Peter Soulsby said it had been hard to get details from the government including what areas the lockdown would cover. He is also gravely concerned with the lockdown's impact on the city's economy.

"One of the things we've been stressing to the Government over recent times is that if Leicester is to be locked down and its economy put in limbo for a little longer, we will need support that was given earlier in the pandemic, throughout the UK, restored here in Leicester," said Soulsby.

Schools in the city, where the remains of King Richard III of England were found in 2012, will close from Thursday after an unusually high incidence of infections in children.

As households slashed their spending during the nationwide lockdown, official data showed that Britain's economy shrank by the most since 1979 in early 2020.

Gross domestic product dropped by a quarterly 2.2 percent between January and March, the Office for National Statistics (ONS) said.

Britain's economy may have contracted by 20 percent in the first half of 2020, the Bank of England said earlier this month as the full effects of the lockdown hammered most sectors in the April-June period. The BoE has said the slump in the economy this year could be the worst in three centuries. 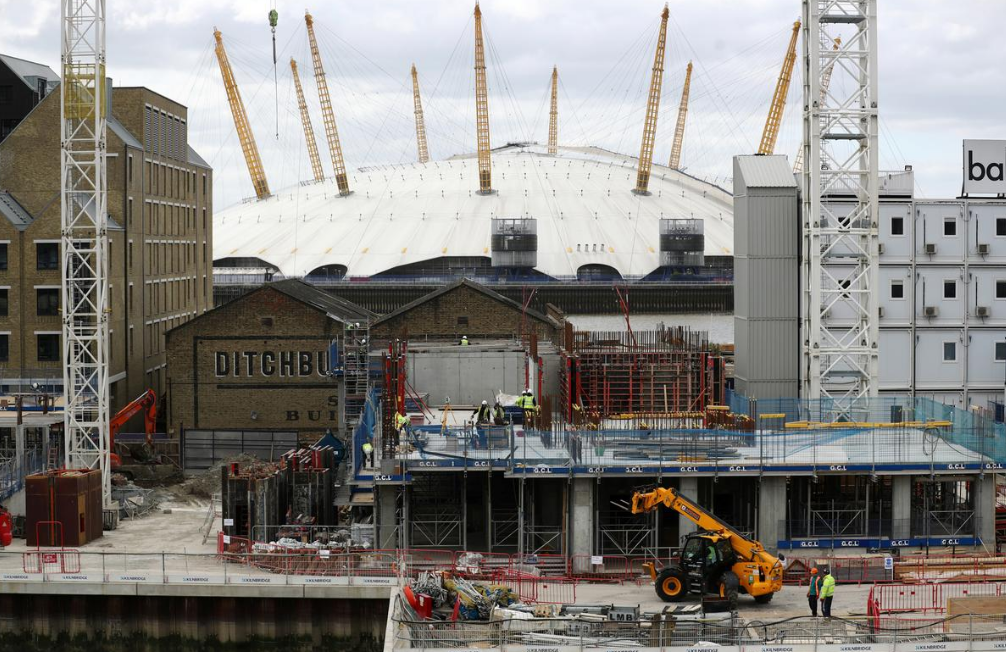 Tuesday's figures – which build on previously released data for the first quarter – showed a surge in household saving as their spending collapsed by the largest amount, in cash terms, since records began in the 1950s.

"The lockdown of most businesses on March 23 meant that households were unable to spend even if they wanted to," said Thomas Pugh, UK economist at Capital Economics, adding that it will take the economy until 2022 to regain its pre-crisis level.

The household savings ratio shot up to 8.6 percent in the first quarter from 6.6 percent at the end of 2019.

The ONS has previously estimated that Britain's economy shrank by a record 20.4 percent in April from March but there have been some signs of recovery more recently. The office also said Britain's current account deficit widened by more than expected in the first three months of 2020.

The balance of payments deficit – a long-standing concern for investors because it leaves Britain reliant on foreign inflows of cash – grew to 21.1 billion pounds (25.9 billion U.S. dollars) in the first quarter, compared with a median forecast of 15.4 billion pounds in a Reuters poll of economists.

Stripping out volatile movements of gold and other precious metals, the current account deficit narrowed slightly, the ONS said.

On Tuesday, the prime minister promised to shake Britain's economy out of its coronavirus-induced crisis by fast-tracking infrastructure investment and slashing property planning rules.

As Britain emerges from lockdown, Johnson is looking to move past criticism of his government's handling of the pandemic with a plan to repair the economic damage and reshape the country. 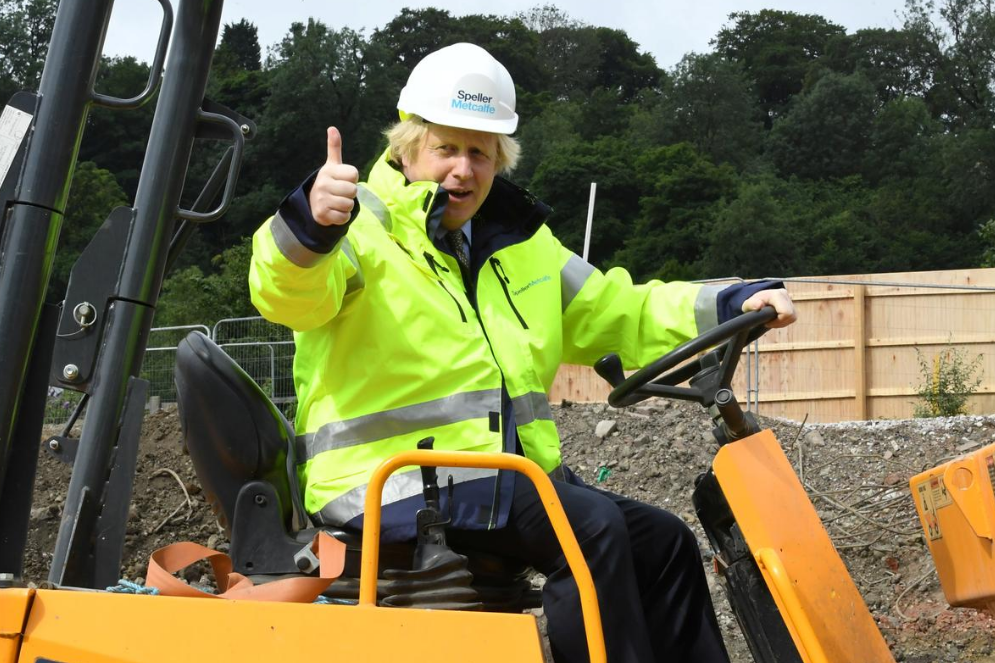 "We cannot continue simply to be prisoners of the crisis," Johnson said. "We must work fast because we've already seen the vertiginous drop in GDP and we know that people are worried now about their jobs and their businesses."

With an exhortation to "build, build, build", Johnson announced plans to speed up government infrastructure spending and cut through the red tape around planning to make private sector property development easier.

"We will build the hospitals, build the schools, the colleges. But we will also build back greener and build a more beautiful Britain," he said.

Promising not to cut spending, he compared his plan to then U.S. President Franklin D. Roosevelt's 1930s "New Deal," which included job-creating public works projects to help the United States recover from the Great Depression.

Tuesday's headline spending announcement of five billion pounds (six billion U.S. dollars) amounts to around five percent of gross public sector investment last year. Most had already been announced and is only being spent sooner than planned.

While the prime minister's sold hard on the plan, opposition politicians said the announced amount is simply not enough.

"It's not enough," Labour Party Leader Keir Starmer told the BBC. "The prime minister promised a new deal – well there's not much that's new and it's not much of a deal.”

Kate Forbes, finance secretary for the devolved Scottish government, said the stimulus was below the response of countries like Germany. Layla Moran of the Liberal Democrats said it amounted to "scrabbling together a few quid rattling around behind the government sofa".

The five billion pounds of accelerated investment will be made up of projects including hospitals, schools and roads and Finance Minister Rishi Sunak will announce further details next week.

Britain's recent history shows that while big infrastructure projects are often seen as a way to create jobs to improve the economy, they are difficult to deliver.