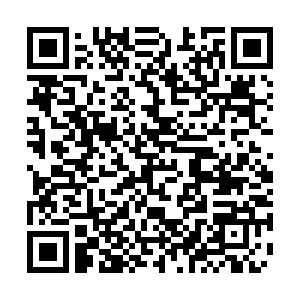 The law of the People's Republic of China on Safeguarding National Security in the Hong Kong Special Administrative Region took effect at 23:00 local time on Tuesday.

The promulgation of the law was signed by HKSAR Chief Executive Carrie Lam and published in the Gazette, according to a statement of the HKSAR government.

The law was formulated according to the Constitution, the Basic Law and an NPC decision on establishing and improving the legal system and enforcement mechanisms for the HKSAR to safeguard national security.

The spokesman said the law only targets an extremely small group of offenders while the life and property as well as various legitimate basic rights and freedoms enjoyed by the overwhelming majority of Hong Kong residents will be protected.

There is nothing for Hong Kong residents to worry about in exercising these legitimate rights, the spokesman said.

In order to effectively discharge their duties, the police and the Department of Justice of the HKSAR government have earlier made preparations for the establishment of dedicated units, the spokesman said, adding that the police will establish a dedicated National Security Department on July 1 to handle the relevant work.

The Committee for Safeguarding National Security of the HKSAR chaired by the chief executive will be set up as soon as possible to take up the major responsibility of safeguarding national security in the HKSAR, the spokesman said.

According to the law, people convicted of the national security crimes could face up to life imprisonment.

Convicted criminals will be disqualified from running for public office, and people in public office who are found guilty of the crimes will be removed from their posts.

The law shall apply to acts committed after its entry into force for the purpose of conviction and imposition of punishment, according to its provision.

The Democratic Alliance for the Betterment and Progress of Hong Kong (DAB) said the law is of great importance as it helps plug the loopholes in safeguarding national security in Hong Kong, stop violence and curb disorder, and ensure the successful practice of "One Country, Two Systems."

The DAB called on Hong Kong residents from all walks of life to join hands to support the implementation of the law, safeguard national security, restore Hong Kong's stability and order and focus on livelihood and economy.

The Hong Kong Federation of Trade Unions (HKFTU) said the law can plug the loopholes in safeguarding national security in Hong Kong, effectively stop violence and curb disorder, and crack down on relevant criminal acts and activities, so as to ensure the steady and sustained development of the cause of "One Country, Two Systems."

The Hong Kong Coalition hailed the passage of the law as a strong measure to stop violence and curb social disorder, as well as plug the legal loophole in safeguarding national security in Hong Kong.

The coalition, which was launched in May with an aim of uniting the whole society and finding a way out of the current predicament for Hong Kong, called on all people to put aside political disputes and unite as one to jointly safeguard Hong Kong.

The New People's Party said the law will help restore peace and order in the Hong Kong society and boost development of economy and improve people's livelihood.

Calling the law a milestone in the practice of the "One Country, Two Systems." the Business and Professionals Alliance for Hong Kong appealed to all sectors in Hong Kong to set aside differences, commit themselves to socio-economic development, respect and abide by the law and support the law enforcement agencies in clamping down on criminal acts endangering national security.