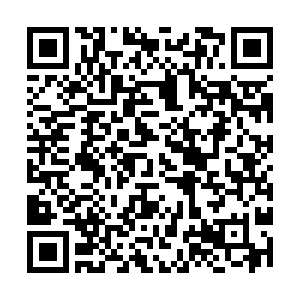 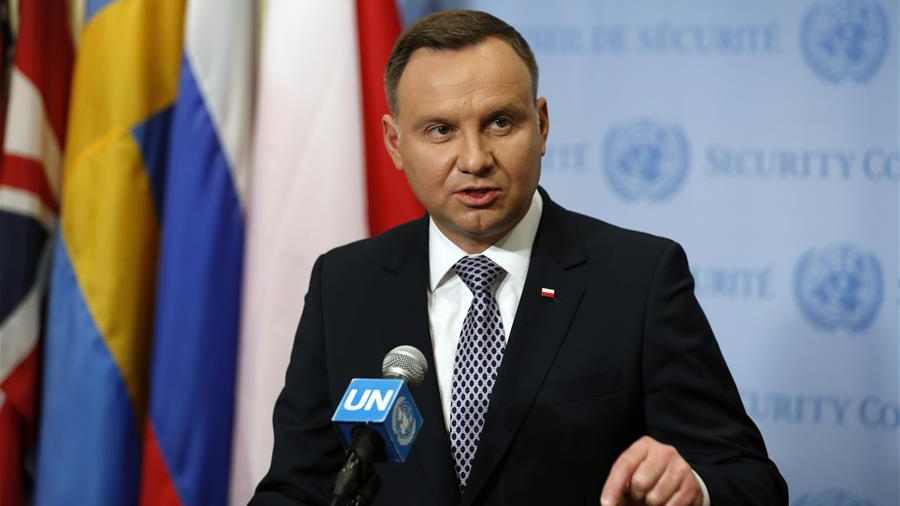 Polish President Andrzej Duda speaks to journalists during a press conference at the UN headquarters in New York, May 17, 2018. /Xinhua

Polish President Andrzej Duda speaks to journalists during a press conference at the UN headquarters in New York, May 17, 2018. /Xinhua

Editor's note: Adriel Kasonta is a London-based foreign affairs analyst and commentator. He is the founder of AK Consultancy and former chairman of the International Affairs Committee at Bow Group, the oldest conservative think tank in the UK. The article reflects the author's opinions, and not necessarily the views of CGTN.

While all eyes in the West have turned to Polish presidential election and the largely demonized lead of President Andrzej Duda in the first round, no one seems to be asking the most important question: What geopolitical implications will this elections have on the future of Europe?

Before I try to answer the very question, it has to be said that the so-called opposition in Poland is non-existent and has been severely weakened by Donald Tusk's departure from Brussels, a fact that has been proved by the Civic Platform's (pol. Platforma Obywatelska) announcement to replace its great failure candidate Małgorzata Kidawa-Błońska with Rafał Trzaskowski at the eleventh hour.

Although Kidawa-Błońska was desperately trying to warm up its image and score more points by appearing in the Polish Parliament with Richard Gere last year, it turned out that a post-communist society in Poland was not so much impressed with the famous American actor-turned-Tibet-activist-stunt as it was with Duda's pre-election travel to Washington D.C.

As many in Poland argue (and quite rightly so), the mentioned visit to the White House associated with the meeting with Donald Trump gave a significant boost to Duda's prospects, in a country unquestionably oriented towards the U.S. – regardless of the party affiliation.

"The American and Polish people enjoy one of the world's oldest, strongest, and most enduring friendships," read a tweet posted on the official White House account during the visit, or like Ambassador Georgette Mosbacher beautifully wrote on her account: "Our two nations have an unbreakable bond, and U.S.-Polish relations are growing ever stronger!"

Sounds cheesy? Perhaps yes, but no other nation loves cheap ego boosting more than Poles, who suffer from a severe inferiority complex towards the West (and the U.S. in particular).

Since Poles have this strange tendency to define their success vis-à-vis America (which is perfectly shown in a classic movie of Janusz Zaorski titled "Happy New York") and perceive the very country as a benchmark of success, the various governments in Warsaw have never seriously questioned the price of Polish-American relations after 1989. 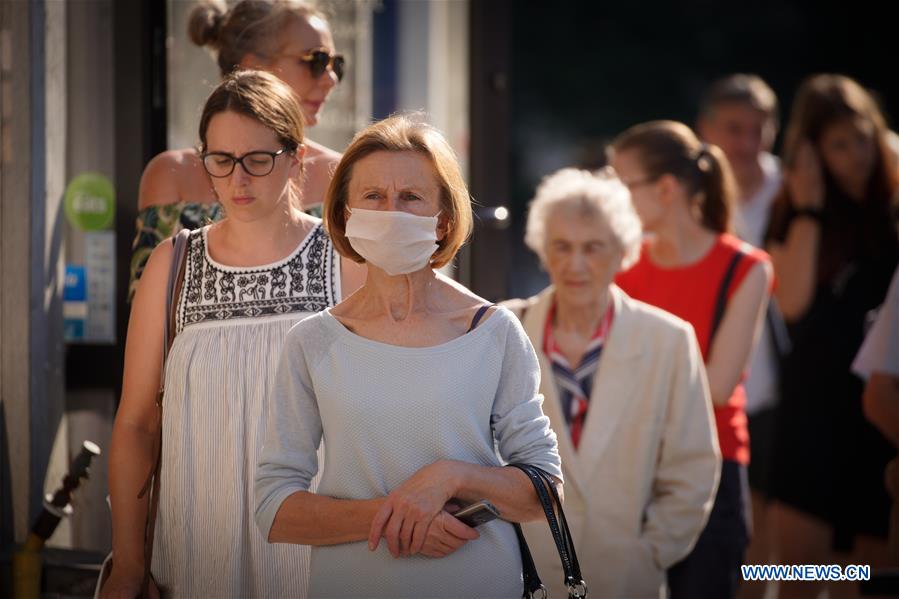 What I argue here is that the Polish political elites became hostage to the belief that any opposition to American foreign policy would mean a return to pro-communist affiliation and indeed, there is no room to maneuver when it comes to relations with Russia and (as it's now even more clear) "communist" China – whose attitude is perfectly encapsulated by the famous slogan of a patriotic brand "Red is Bad."

The ruling elites suffer from a lack of the ability to independently diagnose the Polish national interest, and seem to be not noticing the asymmetry of power between Washington D.C. and Warsaw.

"The partnership between the U.S. and #Poland has never been stronger. As long-time friends and #NATO allies, we are expanding cooperation across a wide range of issues. Today's visit will further advance our defense, economic, energy and telecommunications cooperation," read a National Security Council's tweet posted during Duda's meeting with Trump. Nevertheless, it is somehow not questioned and even debated in the Polish mainstream press what particular geopolitical undertones are associated with the very message.

For those who pay close attention to Trump's Cold War 2.0 waged on China and Huawei, this message is clear: "We are offering you our support, but you're our asset in a battle against the new axis of evil [Beijing and Moscow]."

The question: Is it compatible with Poland's economic interest?

Bearing in mind the U.S. instrumental approach to this region (especially in the field of opening the gas and arms market, as well as telecommunications technology dominance), certainly not! Especially if we recall the fact that Huawei's sales director in Poland was mysteriously arrested on "spying charges" last year – jumping on the bandwagon with countries like Canada and Britain which are conducting their own U.S.-inspired witch hunt regarding the Chinese telecommunications giant.

The geoeconomic logic of Trump's strategy is to make the U.S. allies in Europe solely dependent on America and eliminate competitors like China from the European market, which would be detrimental to EU economic well-being.

The idea to remove the U.S. troops from Germany to Poland, as well as equipping it with nukes, will definitely cause more tensions in Old Europe, which is no longer willing to participate in the Washington's fights with the windmills, and is clearly interested in doing business with Beijing [and improving relations with Moscow].

"I find it surprising and reprehensible that any Catholic place should allow itself to be so openly exploited and manipulated in ways that violate our religious principles," Catholic Archbishop of Washington, Wilton Gregory, criticized Trump as he laid a wreath at the St. John Paul II statue in connection with the 100th anniversary of the Polish Pope's birthday earlier this month.

With a highly likely win of President Duda in the second round of presidential election - a person who just like Trump uses nationalist and insincere religious rhetoric to win genuine people's vote - there is a great possibility that he will sacrifice John Paul II's legacy on the alter of fighting "communist" China, and pit New Europe against the Old one, thanks to which Poland has achieved an economic success in the first place.