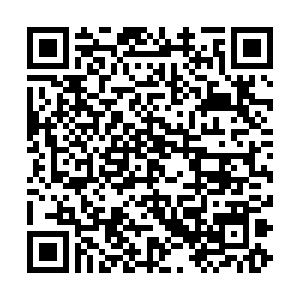 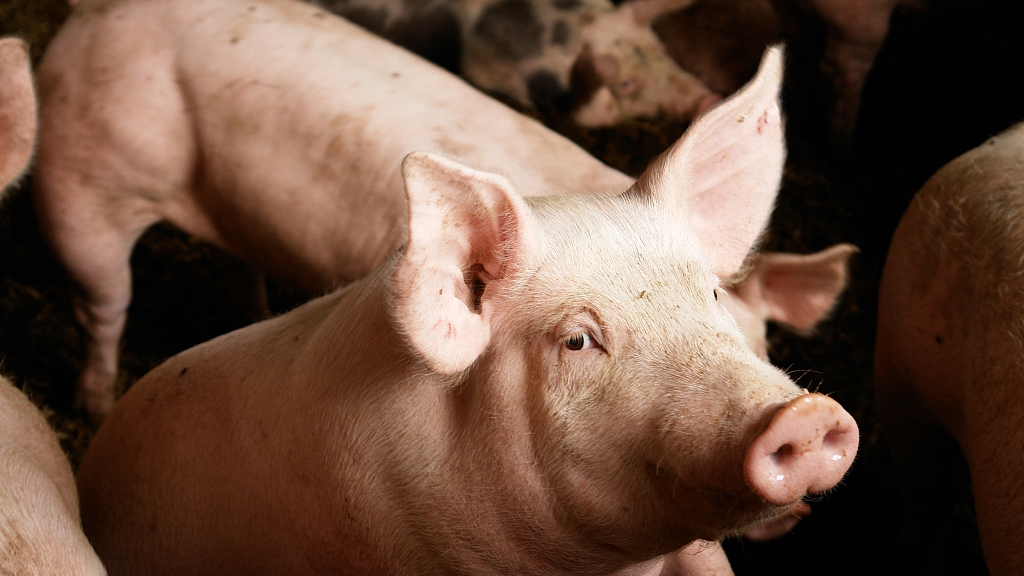 Chinese scientists have identified a new strain of influenza virus that can infect humans, according to a study published Monday (June 29) in the U.S. science journal Proceedings of the National Academy of Sciences (PNAS).

The virus, named G4, has been predominant in pigs since 2016 and can infect humans, the study found out, based on an influenza virus surveillance of pigs from 2011 to 2018 in ten provinces across China.

It possesses "all the essential hallmarks of a candidate pandemic virus," the authors wrote, calling for measures to control the virus in pigs and closely monitor the situation.

The virus is genetically descended from the H1N1 strain that caused the pandemic in 2009 starting from Mexico, but is a new one that has blended genes of strains similar to those found in European and Asian birds, according to the study.

It can grow and replicate in human cells, the experiment showed. And blood tests of 338 swine workers found that 10.4 percent of them had antibodies of the virus, which means they had been infected.

So far, there is no evidence of human-to-human transmission of the virus. But the researchers are concerned that it could further mutate, which could enable it spread easily from person to person.

"It is of concern that human infection of G4 virus will further human adaptation and increase the risk of a human pandemic," the authors wrote. 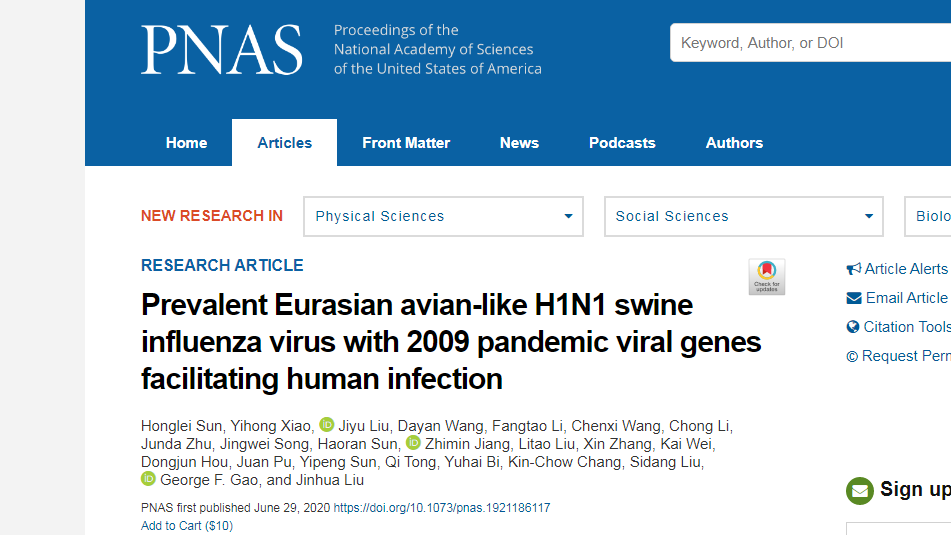 Screenshot of the study from the website of PNAS.

Screenshot of the study from the website of PNAS.

Chinese Foreign Ministry spokesperson Zhao Lijian said at a daily news conference on Tuesday that China was closely following developments. "We will take all necessary measures to prevent the spread and outbreak of any virus," he said.

The World Health Organization (WHO) will read the Chinese study carefully, spokesperson Christian Lindmeier told a Geneva briefing on Tuesday, saying it was important to collaborate on findings and keep tabs on animal populations.

"It also highlights we cannot let our guard down on influenza and need to be vigilant and continue surveillance even in the coronavirus pandemic," he added.

The last pandemic flu – the swine flu outbreak of 2009 that began in Mexico – was less deadly than initially feared, probably because of its similarity to other flu viruses that had circulated years before.

Still, the study has infectious disease researchers worldwide taking serious notice, as COVID-19 is still ravaging in many countries and no one wants a pandemic on top of a pandemic. So, is a new pandemic flu coming? International experts expressed caution.

"We just do not know a pandemic is going to occur until the damn thing occurs," said Robert Webster, an influenza investigator who recently retired from St. Jude Children's Research Hospital.

"Will this one do it? God knows," he said, calling it a "guessing game" as to whether this strain will mutate to readily transmit between humans.

Kin-Chow Chang, a professor at Nottingham University in the UK, said it hasn't posed a big threat so far. But he warned people must not lose sight of potentially dangerous new viruses when distracted with the coronavirus.

Chang's opinion is echoed by Martha Nelson, an evolutionary biologist at the U.S. National Institutes of Health's Fogarty International Center. "The likelihood that this particular variant is going to cause a pandemic is low," said the expert who studies pig influenza viruses in the U.S. and their spread to humans.

But she noted that no one knew about the pandemic H1N1 strain, which jumped from pigs to people, until the first human cases surfaced in 2009. "Influenza can surprise us," Nelson says. "We need to be vigilant about other infectious disease threats even as COVID is going on because viruses have no interest in whether we're already having another pandemic."

She added that given the relatively small sample size, it's hard to know whether the spread is a growing problem.

Carl Bergstrom, a biologist at the University of Washington, claimed that there is no imminent risk of a new pandemic.

"There's no evidence that G4 is circulating in humans, despite five years of extensive exposure," he said on Twitter. "That's the key context to keep in mind."