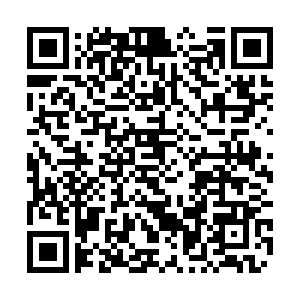 Sovereign wealth funds have participated in 17 billion U.S. dollars of venture capital deals so far this year, already more than the entirety of 2019, as their appetite for long-term investment appears undimmed by the coronavirus outbreak.

China's tech companies, such as gaming giant Tencent, and live-video streaming firm Kuaishou have attracted some of the major sovereign wealth funds this year. The investments are against a backdrop of a generally subdued deal-making environment across the venture capital industry in the aftermath of the pandemic.

With their deep-pockets and longer investment horizons than many other investors, sovereign funds have increasingly sought out start-ups, particularly in technology in the hope they will yield outsized returns.

Singapore's Temasek Holdings participated in a 3 billion U.S. dollars investment in Chinese live-video streaming firm Kuaishou alongside Tencent Industry Win-Win Fund and several other investors. Cool Japan Fund, in which the Japanese government is one of the shareholders, invested in a 3 billion U.S. dollars deal in Indonesian ride-hailing and payments firm Gojek alongside others such as Alphabet, Facebook and Tencent Holdings.

Abu Dhabi-based Mubadala has been involved in one of the largest deals so far this year, participating in a 3 billion U.S. dollars investment in Waymo, the self-driving technology company owned by Alphabet, parent of Google, according to PitchBook data. The deal, which closed last month, included investment from the Canada Pension Plan Investment Board, Magna International and Andreessen Horowitz.

"Sovereign funds are very focused on emerging industries and can invest for the future as early stage investors," said Will Jackson-Moore, global private equity, real assets and sovereign funds leader, PwC. "They've been wanting to increase investments (in venture capital) for a long time but often it's been access to the funds that has been difficult as everyone wants to be in the best performing funds."

High valuations for mature private companies from ready access to capital and an abundance of cheap debt encouraged sovereign funds to seek out earlier-stage investments, since 2017 particularly in healthcare and technology, where more companies were looking for cash and sovereign funds perceived value, the International Forum of Sovereign Wealth Funds (IFSWF) said in a report last month.

With the economic fallout of the pandemic having dented valuations and pushed up debt funding costs for start-ups, analysts are waiting to see how that will impact sovereign funds' continued participation in venture capital investing.

So far this year, there had been 16.9 billion U.S. dollars venture capital deals with sovereign wealth fund involvement, according to PitchBook data. Some of the deals were executed or under process before the outbreak spread widely.

KPMG said it expected the second quarter to be "rough" for venture capital investment, but noted sectors such as health and biotech may be attractive for investors.

"While there continues to be an enormous amount of dry powder in the global VC market, many investors will likely sit on the fence until the ramifications of the pandemic become clearer," it said in a report in April.