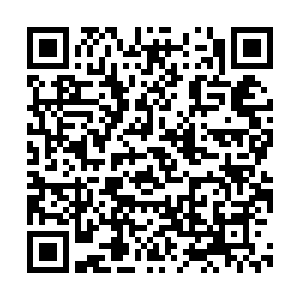 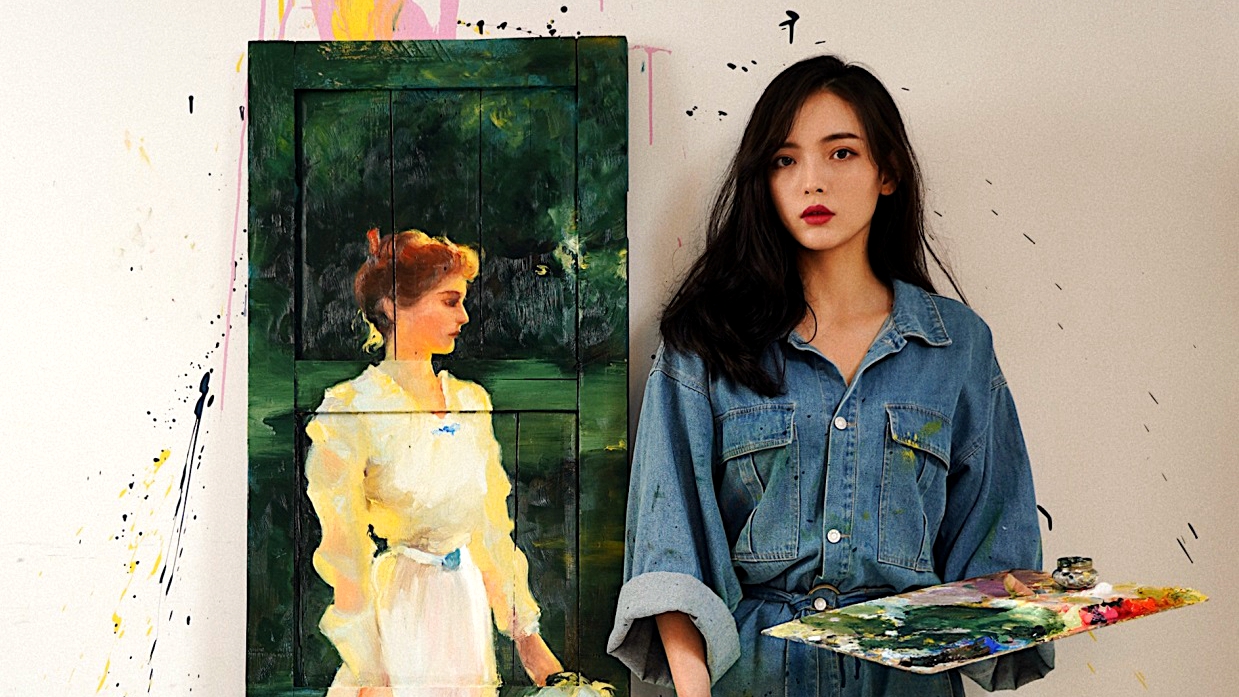 An artist in Beijing is turning garbage into beautiful, recycled masterpieces – proving that art can be created out of anything. Here's the story of Zhao Xiaoli, as she shares where she finds her inspiration, and what she hopes people take away from her work.

A broken window, an 80s TV set and an old wooden door. They aren't the sort of items you'd find in high-caliber art galleries, but rather something you would throw away.

For Chinese artist Zhao Xiaoli, they make the perfect canvas. Making masterpieces out of the strangest objects, the young artist has gone viral online with her imaginative works.

Since then, she's been collecting discarded items in her community. Every time someone throws furniture out, like a window or a chair, Zhao is always the first to know. 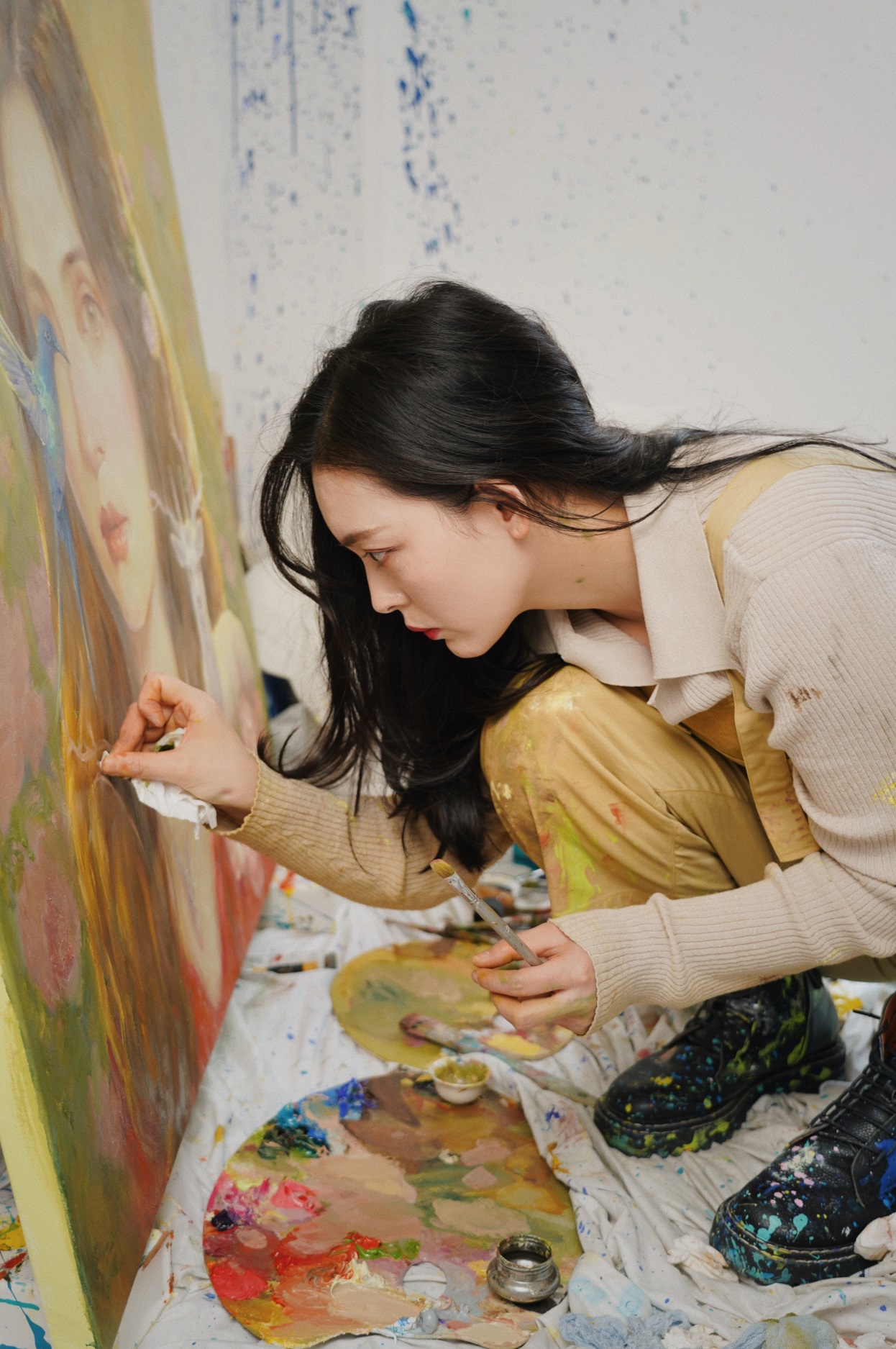 Artist Zhao Xiaoli paints in her studio in Beijing. /Photo via Zhao Xiaoli

Artist Zhao Xiaoli paints in her studio in Beijing. /Photo via Zhao Xiaoli

"For every old item, I see the stories and the emotions attached to it from its previous owner, and that's something I want to take into consideration when recycling it into an art piece," Zhao said. She said for the old TV set her mom had sent her, she didn't change much, just painted her self-portrait on the screen, to give it a balanced look. And her mom found it quite nice.

Zhao's work has been popular on social media with many of her clips getting viewed over one million times on platforms like Weibo and TikTok. And some users say it "makes them look at everyday items differently." Others even joked, referring to her work as the most valuable and beautiful washboard that they have ever seen. 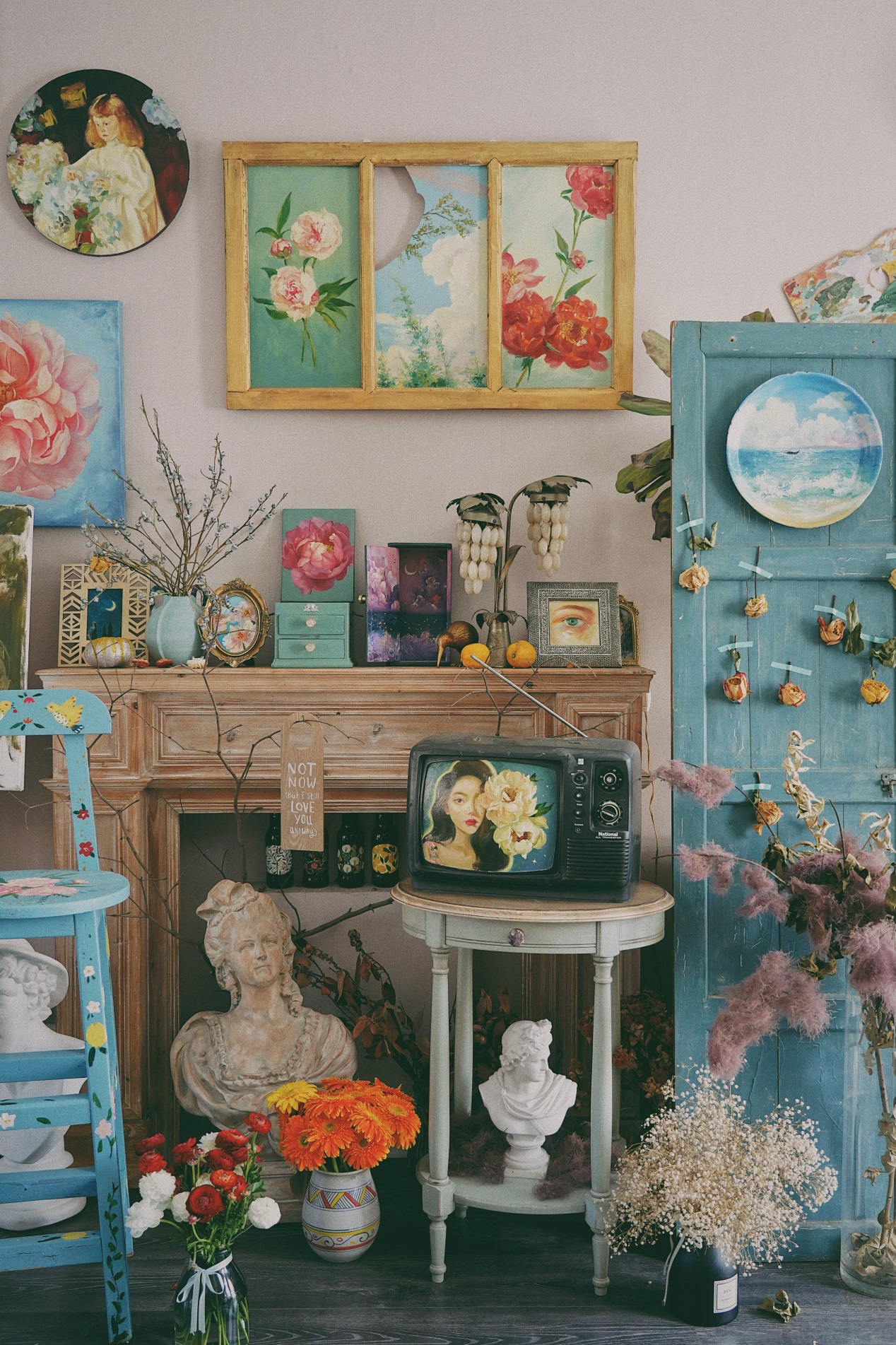 The artist was glad that viewers like what she create, adding that "Using old items as my painting canvases is just a way of expression, and I'm glad it resonates so well with the viewers. What I want to convey is that old items can be transformed into something new with a just little creativity."

As to her new goal, she said it would be to inspire the younger generation, a revelation from her volunteer experience earlier this year at a rural school in southwest China's Sichuan Province.

Through art, recycling has become a big part of her life. As the saying goes "one man's trash is another man's treasure." Zhao said beauty is all around us, all you have to do is look closely.