Closing wet markets: Are we going too far?
By Zeng Ziyi, Wang Xiaonan 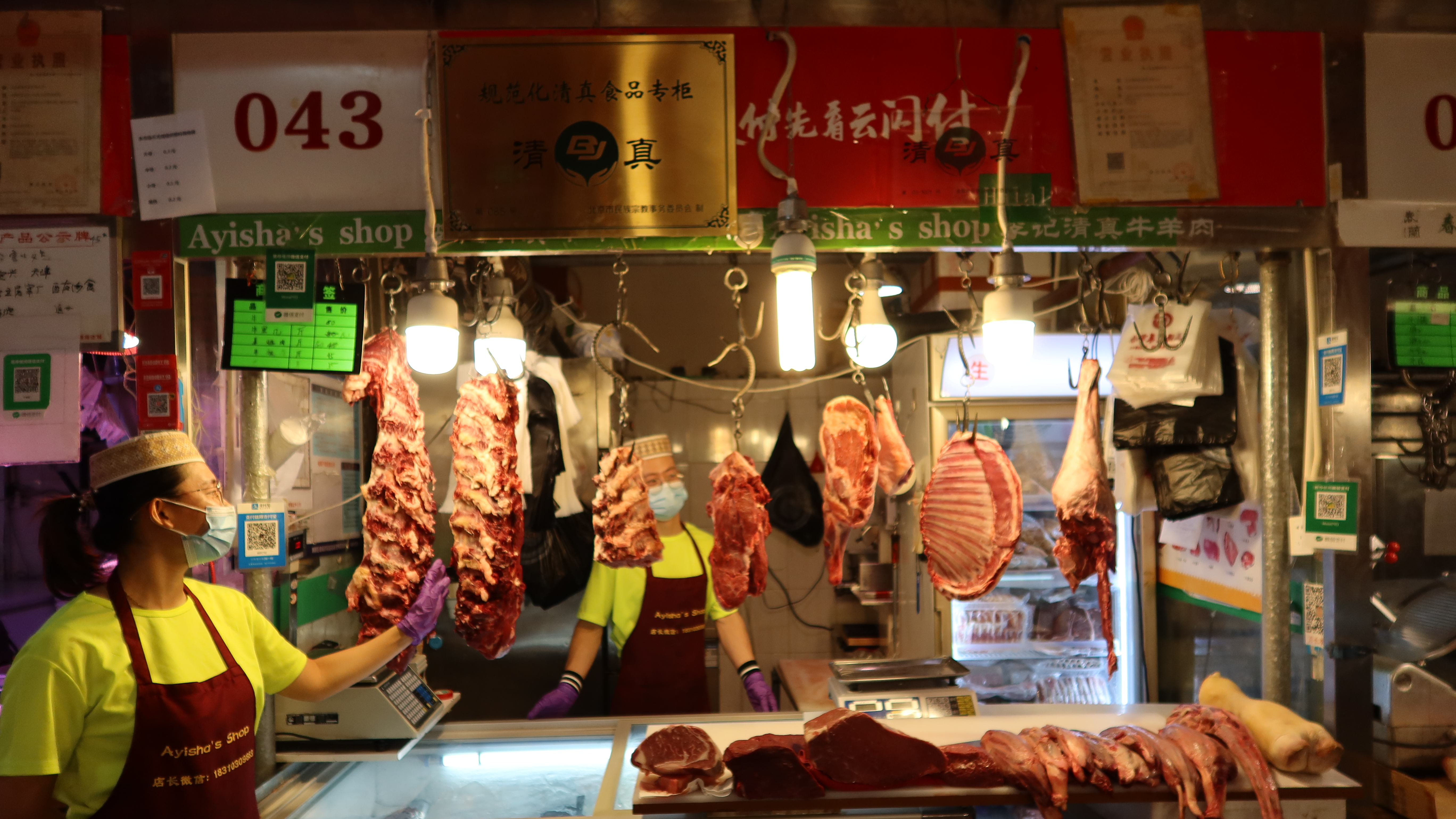 "Wet markets" have been in the limelight for months since the outbreak of the novel coronavirus late last year. Calls to ban them have intensified after Beijing reported a new cluster of cases in mid-June linked to the city's Xinfadi wholesale food market – the largest of its kind in Asia.

After the outbreaks of the viral respiratory diseases SARS and MERS, such markets are once again widely viewed as the culprit in this unfolding pandemic. But is it a sensible choice to close wet markets once and for all?

Crates of fresh fruit and vegetables piled on top of each other; slabs of beef and lamb hanging from hooks; scallops, mussels and oysters swimming in small water tanks; salmon or other fish on a bed of crushed ice… these are all usual scenes in a neighborhood wet market. A handful of these markets have a corner where live poultry are held in cages or pens, usually commonplace in southern China and Southeast Asia. At others, there are also stalls for dry foods, toys, ornaments and even small appliances. Wild animals no longer exist in most modern wet markets around the world.

The term "wet market" was not included in the Oxford English Dictionary until 2016, which defines it as "a market for the sale of fresh meat, fish, and produce." "Wet" refers to the fact that these marketplaces sell perishable goods and also to the water on the floor around seafood stalls.

It's not just Asian countries where a farm-to-table culinary tradition makes these marketplaces popular. The U.S. and Europe also have them too, sometimes called "farmers' markets." 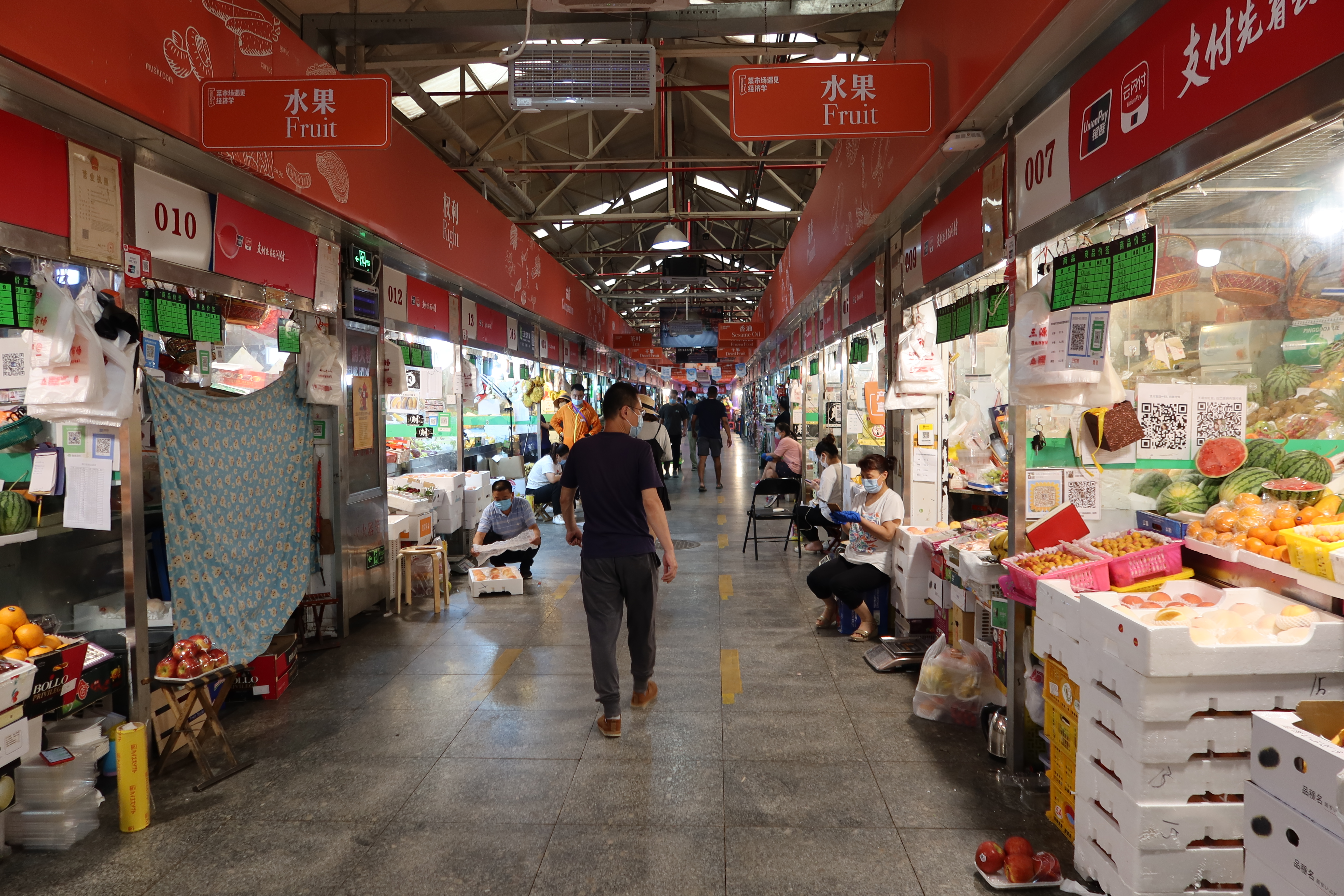 A way of life, a way of living

New York City alone has more than 80 wet markets, which for a long time have been a symbol of the Big Apple's multitudinous culinary culture due to its ethnic, racial and religious diversity. For instance, Muslim communities need poultry shops for religious rites, which cannot be performed with packaged meat. Many Vietnamese Americans retain the convention of picking live seafood to make dishes.

Imram Uddin, a Bengali immigrant, owns a family business which has a history of 64 years in selling poultry in Queens. His customers are mostly working immigrants or middle-lower-income families around the borough. "For a lot of my clientele, it's a tradition. It's a way of preserving their way of life," he told The Guardian.

Like Uddin, many of those working in wet markets are immigrants or their offspring. It's also a family tradition for them.

Across the pond, the situation bears much resemblance. Ayisha, a woman of Hui ethnicity, dropped out of high school and migrated to Beijing from a small town in adjacent Hebei Province 15 years ago to take over her family's poultry business. "My family has run this business for almost 40 years, and as a child I knew well the name of each part of a cattle or a goat. I can make the best prime cuts for my customers and tell them how to cook for the best taste," she said excitedly during an interview with CGTN. The high-quality meat attracted a lot of foreign chefs and people eating halal food.

But the COVID-19 pandemic has caused her business to stagnate. "Sales have dropped over 50 percent over the past few months. It's the worst time ever." Meanwhile, she and her younger brother, who also works at the butcher shop, are seeking alternatives. "We're in the process of opening a packaged meat store in a mall in western Beijing's Shunyi District." 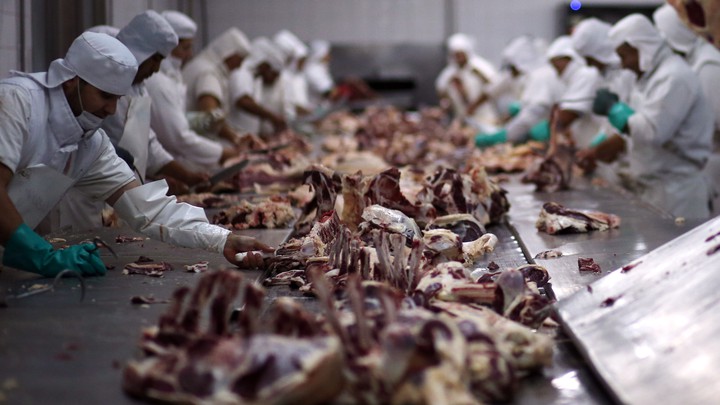 A meat-processing plant in Argentina. /Reuters

A meat-processing plant in Argentina. /Reuters

161 ways to stop the next pandemic

Despite growing calls to ban the trade and consumption of wildlife, this won't be enough to prevent the next pandemic, a team of international experts concluded in an analysis published on June 25. Instead, the research said humans must drastically change the way they interact with animals.

The team – composed of veterinarians and zoologists from seven countries – identified 161 possible options for reducing the risk of the next spillover infection from animals to human, from improving animal health on farms by reducing stocking density to eating a more plant-based diet, to bringing down demand for animal products. It also emphasized that simplistic approaches such as banning all wet markets will make living conditions more difficult for local communities around the world, as they still depend on wild animals as part of their limited source of food.

"A lot of recent campaigns have focused on banning the trade of wild animals, and dealing with wild animal trade is really important yet it's only one of many potential routes of infection," said Professor William Sutherland of Cambridge University's Department of Zoology who led the study. "We should not assume the next pandemic will rise in the same way as COVID-19. We need to be acting on a wider scale to reduce risk."

The paper, which is going through a peer-review process, identified seven major routes through which the next pandemic would likely to occur. Among them are wildlife farming, intensified animal agriculture, international trade of livestock and exotic animals, increased human encroachment into wildlife habitats and bioterrorism. 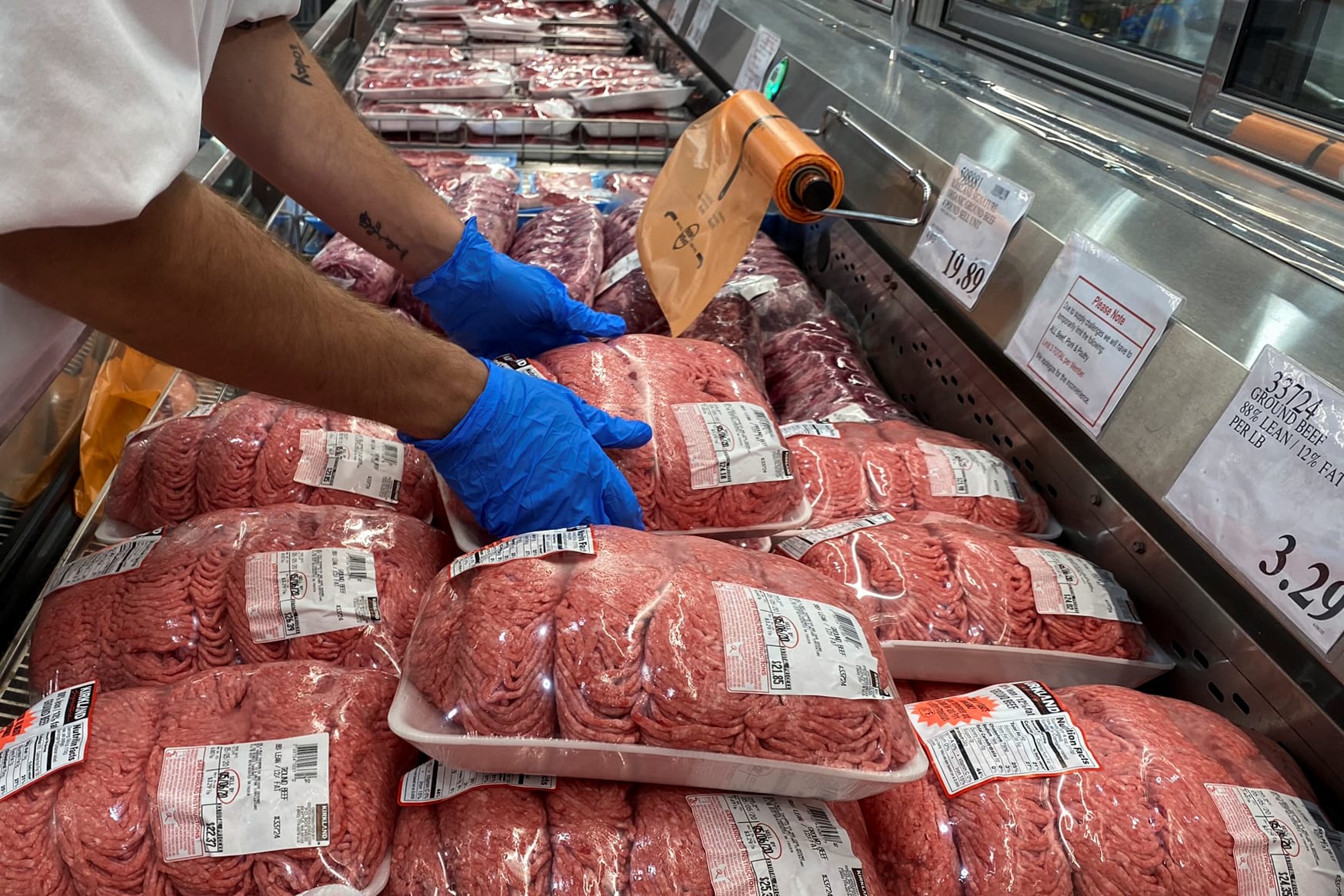 A worker stacks packets of ground beef in the meat section of a Costco warehouse during the coronavirus pandemic in Webster, Texas, May 5, 2020. /Reuters

A worker stacks packets of ground beef in the meat section of a Costco warehouse during the coronavirus pandemic in Webster, Texas, May 5, 2020. /Reuters

Compared to the risk associated with wet markets, our meat consumption habits and the gargantuan meat-farming industry they prop up is much more likely to facilitate the next deadly pandemic, according to some experts.

In the book Big Farms Make Big Flu, author Rob Wallace pointed out that modern agribusiness has been mainly responsible for previous outbreaks, including many forms of avian influenza. The highly monopolized industry has created the perfect environment for producing new pathogens in the pursuit of maximum profit.

In recent decades, big agribusiness powered by large capital from investment banks have invaded the last of primary forests and farmland belonging to small-scale owners around the world. Last year, deforestation in the Brazilian Amazon surged to its highest rate in a decade with some 9,762 square kilometers of rainforest cleared.

While destroying the natural habitats of wildlife, previously boxed-in pathogens have been released into local livestock and human communities and causing increasingly frequent spillover events, according to Wallace. Moreover, the public's lack of awareness of the bigger, structural issue represent a challenge of its own in preventing the next pandemic.

"When the new outbreaks spring up," Wallace writes in his book, "governments, the media and even most of the medical establishment are so focused on each separate emergency that they dismiss the structural causes that are driving multiple marginalized pathogens into sudden global celebrity, one after the other."