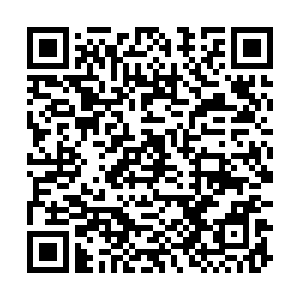 In a move that marks "a milestone advancing the 'One Country, Two Systems' framework," China's top legislature on Tuesday approved the Law on Safeguarding National Security in Hong Kong. While passage of the law has sparked a swirl of concerns from critics and local residents, legal experts say these concerns are neither justified nor necessary.

Zou Pingxue, a Hong Kong Basic Law expert who once said Beijing has an obligation to safeguard national security in the Hong Kong Special Administrative Region (HKSAR), has made a set of compelling arguments to clear up such concerns after the full draft of the law was released on Tuesday evening.

Critics of the law have attacked some of the provisions in the law, claiming freedoms of Hong Kong residents have been stripped as a result. The following are the stipulations over which they have raised their concerns.

Article 55 of the national security law grants the central government's security body the right to exercise jurisdiction over cases under special circumstances in the HKSAR.

Some Hong Kong residents have been alarmed by the assumption that mainland authorities may use this clause to launch mass prosecution, but government officials have repeatedly stressed that this stipulation will only apply to very few cases.

The central government will only exercise jurisdiction over "some extremely rare cases," while enforcement of the law largely falls under local authorities' purview, said Deng Zhonghua, deputy head of China's Hong Kong and Macao Affairs Office.

This provision is designed to prevent crimes from taking place, not maximizing its application to prosecute Hong Kong residents, said Zou Pingxue, director of the Center for Basic Laws of Hong Kong and Macao special administrative regions at Shenzhen University.

"If we look at Macao, where a national security law has been in place for more than 10 years but indictment under this law is completely absent, we can understand that the chief purpose of such law is to deter the erosion of national security," Zou said in an interview with CGTN.

Reserving jurisdiction over these cases is very necessary, he added. "The HKSAR is seething with a swath of divergent foreign forces, and some cases that may have far-reaching repercussions would require deliberate handling by national authorities as they are better prepared to navigate complexities and mitigate consequences." 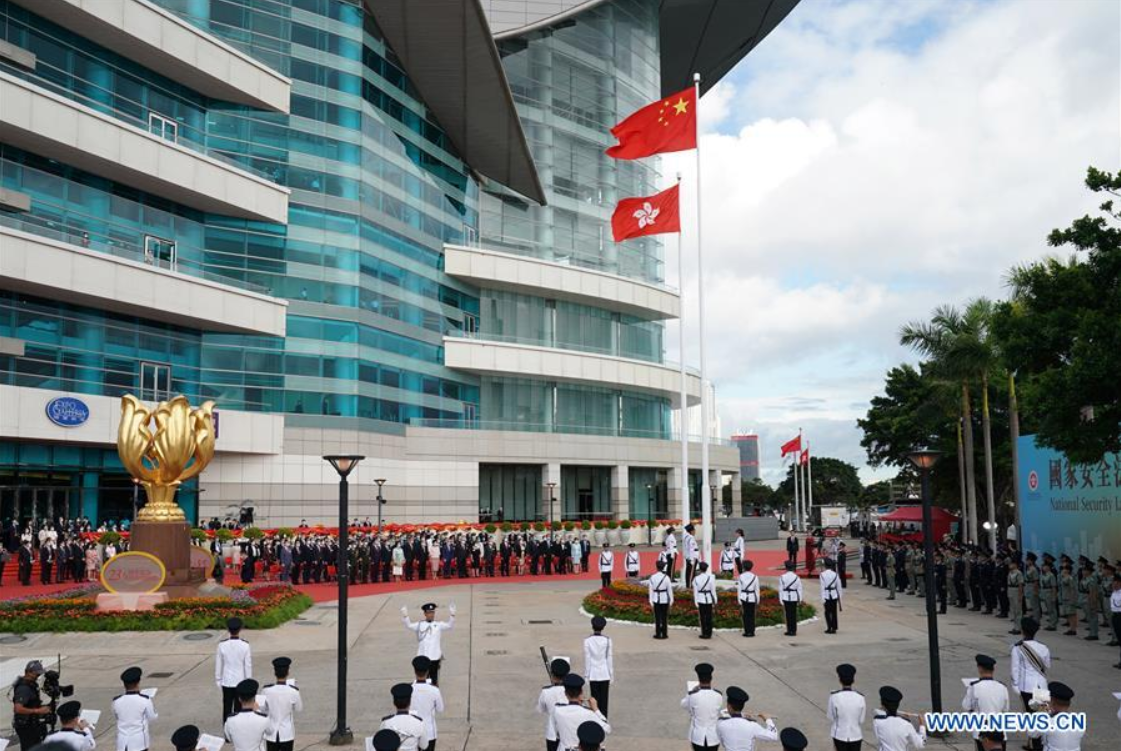 A flag-raising ceremony is held by the government of the Hong Kong Special Administrative Region to celebrate the 23rd anniversary of Hong Kong's return to the motherland at the Golden Bauhinia Square in Hong Kong, south China, July 1, 2020. /Xinhua

A flag-raising ceremony is held by the government of the Hong Kong Special Administrative Region to celebrate the 23rd anniversary of Hong Kong's return to the motherland at the Golden Bauhinia Square in Hong Kong, south China, July 1, 2020. /Xinhua

There is fear among critics that suspects who breach the national security law, once indicted under these circumstances, will lose the basic rights they enjoy within the HKSAR. Claiming this provision may raise the prospect of Hong Kong suspects facing trial on the mainland, they are also concerned that convictions in these cases would be guaranteed.

What's behind this fear is the prejudice and distrust that Hong Kong residents have long held against the Chinese mainland's judicial system, Zou said. "The assertion that courts and prosecuting bodies in the mainland may hold different legal standards from those in the HKSAR is untenable. Less known to them is that our judicial system has considerably improved over the years."

"The definition of national security does not apply differently between the mainland and the HKSAR because there is the principle of "One Country," Zou explained. "In terms of sentencing and conviction for crimes committed under the law, we can't say Hong Kong adheres to one standard and the mainland adheres to another. There is only one standard."

Critics claimed that empowering the chief executive to appoint these judges would undermine the judicial independence in the HKSAR, but Zou said it does not affect the HKSAR's judicial system from the very outset.

"It is important to note that this power has always been vested in the Hong Kong Basic Law," he added.

According to Article 88 of the Basic Law, judges of the courts of the HKSAR shall be appointed by the chief executive on the recommendation of an independent commission composed of local judges, persons from the legal profession, and eminent persons from other sectors. 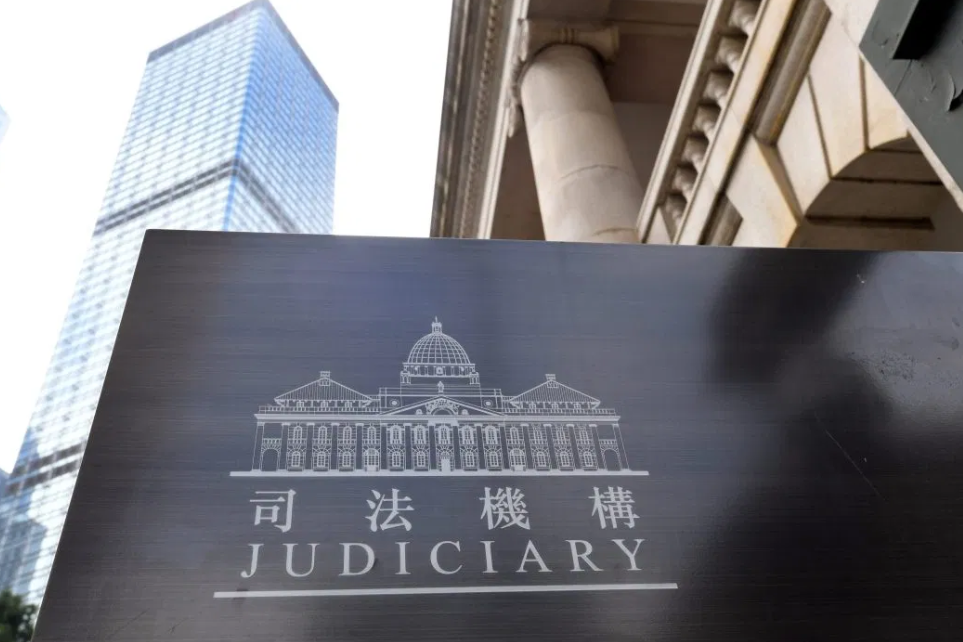 "That the chief executive has the final say over the appointment of judges is already stipulated under the Basic Law," said Zou. "This means giving him/her the power to designate those who chair national security cases is not an annex that has taken a departure from the Basic Law."

The national security law also specifies that the chief executive may consult the chief justice of the court of final appeal before selecting the judges from a pool of magistrates and local judges.

This is basically the same pool like the one that produces judges handling other cases, Zou added.

The new panel of judges, once appointed, will be protected by the law to hear cases at their own discretion and reach legal decisions based on the cases' own merits, said Zou. "The trials they preside over will be independent and free from any interference. Even though the chief executive has the power over their appointment, he/she does not have influence over the court."

Giving the chief executive this appointment power is to affirm he/she will play a more significant constitutional role, which is necessary because the chief executive is the one assuming primary responsibility for maintaining national security in the HKSAR, experts said.

Article 62 of the national security law says this law shall prevail where provisions of the local laws of the HKSAR are inconsistent with this law.

Zou dismissed the account that said this clause is a testament to the national security law overriding the Hong Kong Basic Law.

"Both laws are national legislation. They are on an equal footing," said Zou. "This is why the national security law, just like the Basic Law, takes precedence over Hong Kong local laws."

Critics claimed that officers of this security organ might take extralegal measures to persecute local residents, but as Article 50 specifies that not only do these personnel have to abide by both national and HKSAR laws, but they also fall under the supervision of China's oversight bodies, such claims do not hold many merits.

These are law enforcement officers who will be subject to supervision and public scrutiny, said Zou. "If they break the law, they would also be held accountable before the court of law."

There are similarities between the office's relationship with the Hong Kong police and that of the U.S. Federal Bureau of Investigation with local police, Lawrence Tang Fei, a member of the Chinese Association of Hong Kong and Macao Studies, said in an interview with the Global Times. 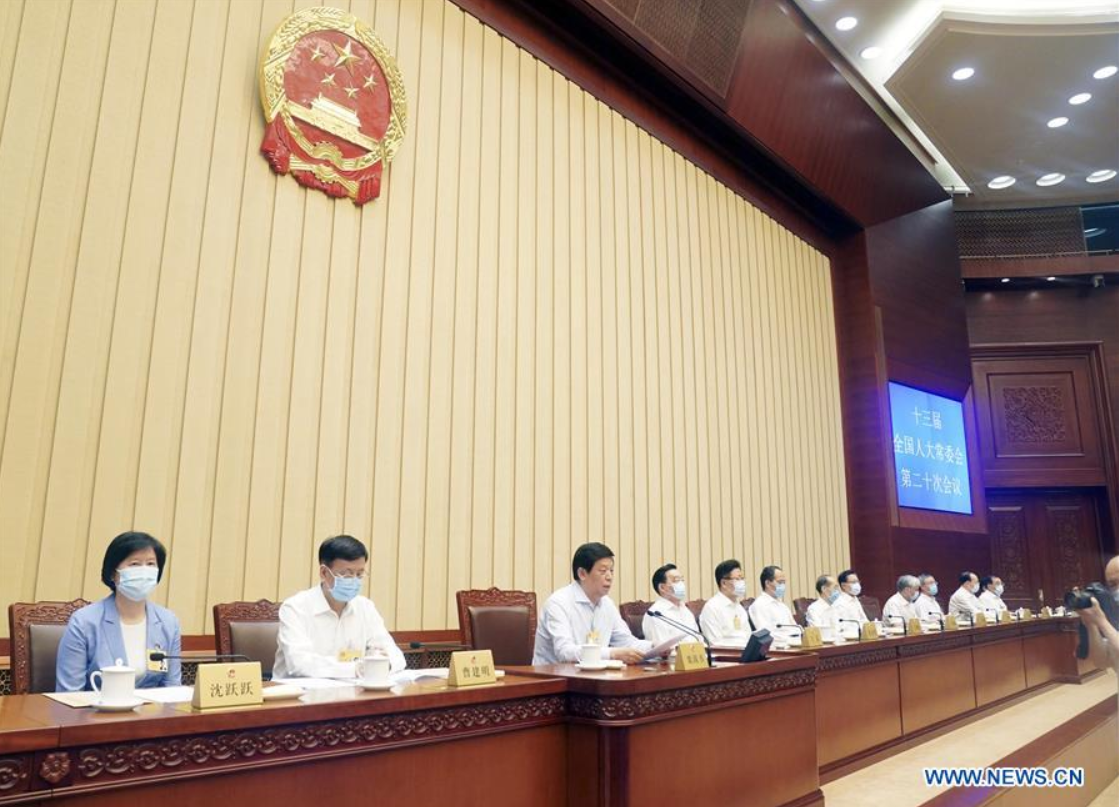 Article 39: This law shall apply to acts committed after its entry into force for the purpose of conviction and imposition of the punishment.

Before the law was approved, there were concerns that the law could be retrospective, meaning the law would apply to people responsible for crimes committed before its enactment, but this provision has clearly quelled such concerns.

The law would not be applied retrospectively, Zhang Xiaoming, deputy director of the Hong Kong and Macao Affairs Office of the State Council, also confirmed in a news briefing on Wednesday.

In reassuring the enforceability of this stipulation, Zhang also referred to Article 8, which says Hong Kong's law enforcement and judicial authorities shall fully enforce provisions of this law.