What is the national security law for Hong Kong all about?
Wang Guan 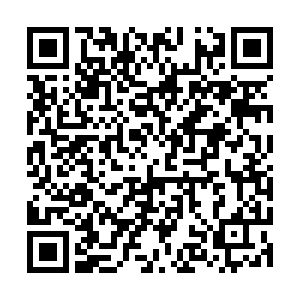 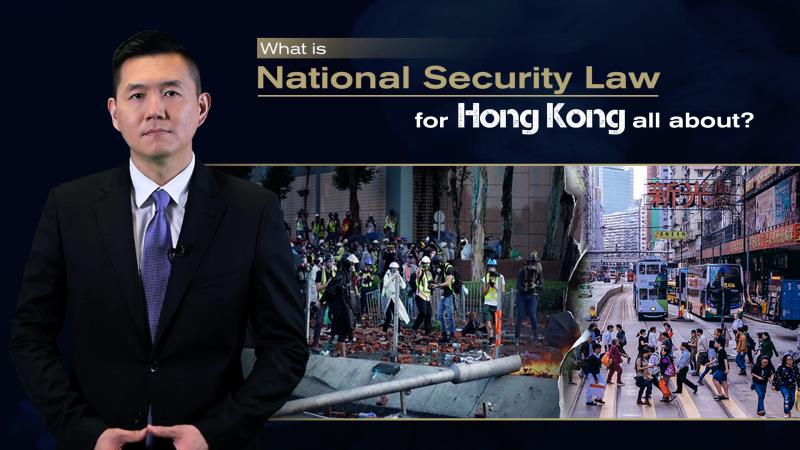 Editor's note: Beijing's new national security law for Hong Kong has sparked fear that this is the end of free speech and autonomy of Hong Kong. Is that true? What did Western politicians and commentators fail to understand about this law? CGTN anchor Wang Guan explains in this week's Reality Check with Wang Guan.

Beijing's new national security law for Hong Kong has sparked controversy and fear among many in the West claiming that this is the end of liberty, free speech, and the autonomy of Hong Kong.

Many Western politicians and commentators haven't read the full text of the new legislation, much less the Basic Law of Hong Kong or the Constitution of China. They reached their conclusion oftentimes by watching the news which, I am not sure if they realize, can be biased.

For example, during the recent Black Lives Matter movement in the United States, when violent protesters and rioters burned down police buildings, vandalized stores and public facilities, the U.S. media said: "These people are not warriors, they are vampires. They melt in the light. When we show them we are not afraid, they go away."

Yet, during the protests in Hong Kong last year when violent rioters stormed government buildings, burned the national flag and vandalized stores and metro stations, the U.S. media called them: "Pro-democracy protesters."

Many believe these double standards are fueling misconceptions about Beijing's new national security law for Hong Kong. The law is not an all-encompassing legislation aimed at changing Hong Kong's political, economic and social systems. Hong Kong Special Administrative Region Chief Executive Carrie Lam made it clear that the law is not targeting freedom of speech, press, and assembly in Hong Kong, but "an extremely small group of people" who committed national security-related offences, such as secession and terrorism, a crime punishable by law in any country.

"Groups advocating Hong Kong independence and self-determination incited protesters, very often radicalized young people to desecrate and burn the national flag, vandalized the national emblem, and stormed the central government's office in Hong Kong, while others campaigned for foreign governments to interfere in Hong Kong's affairs or even to impose sanctions on Hong Kong. No central government could turn a blind eye to such threat to sovereignty and national security," said Chief Executive of China's Hong Kong Special Administrative Region (HKSAR) Carrie Lam.

Plus, there are a number of details in this law that Western politicians probably have missed. According to Carrie Lam, "the legislation upholds important legal principles such as presumption of innocence and protection of the right of the suspect. It will have no retrospective effect. For those foreign governments or politicians raising objections to the legislation, one could only lament the double standards they are adopting. All those countries which have pointed fingers at China have their national security legislation in place. We could think of no valid reason why China alone should be inhibited from enacting national security legislation to protect every corner of its territory and all of its nationals."

And yet, the U.S. Senate has passed a bill placing sanctions on Chinese individuals and companies with the U.S. Commerce Department revoking Hong Kong's special status as a trading partner, on the ground that Beijing's national security law for Hong Kong undermines Hong Kong's autonomy and freedom.

But according to America's heritage foundation 2020 rankings, Hong Kong's economy is the second freest in the world. It was THE FREEST a few years ago until the often violent demonstrations last year disrupted business activities and deterred investors.