Will India's app ban send a chill to Chinese tech presence in India?
By Yu Jing 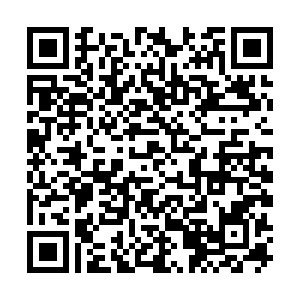 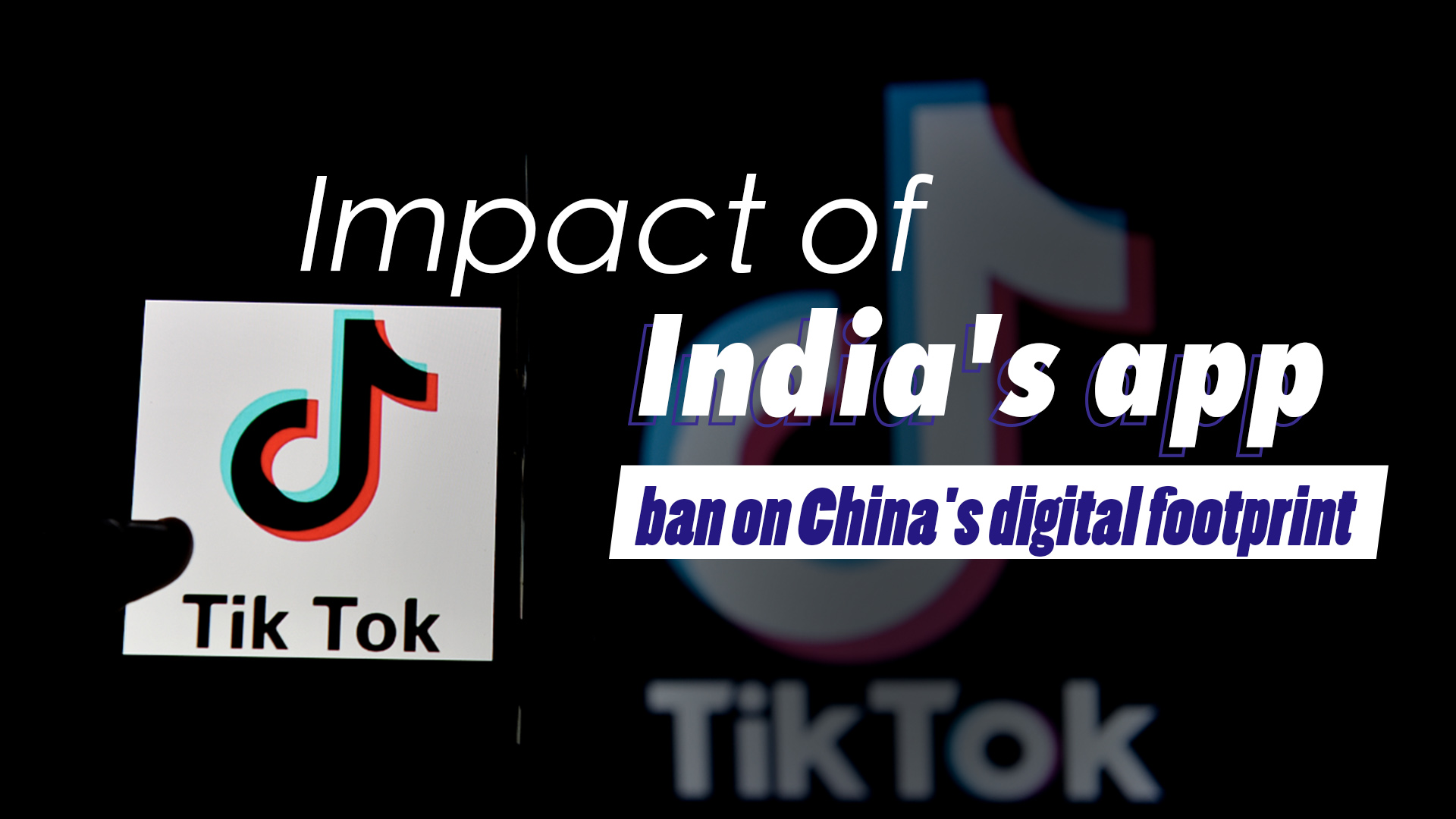 On Monday, India announced a ban on 59 mobile applications, including popular video sharing platform TikTok and messaging app WeChat, citing what it claims a threat to national security and sovereignty.

In a statement, the Ministry of Information Technology said the applications were found to be "engaged in activities which are prejudicial to sovereignty and integrity of India, defense of India, the security of the state and public order."

Though none of the applications are identified as Chinese in the statement, the 59 mobile apps appear to be all linked with Chinese tech companies. Listed in the ban are apps from different fields, including microblogging platform Weibo, e-commerce apps like Club Factory and Shein, utility apps such as UC Browser and Baidu Maps.

"It was a sudden change of events that took everyone by surprise," said Liu Zhaoning, CEO of Brive!, an international business consulting platform that helps Chinese companies go overseas, with India as a particular focus in recent years.

Most of the entrepreneurs from China are in the mobile application business in India, according to Liu, so the impact of the ban is significant. 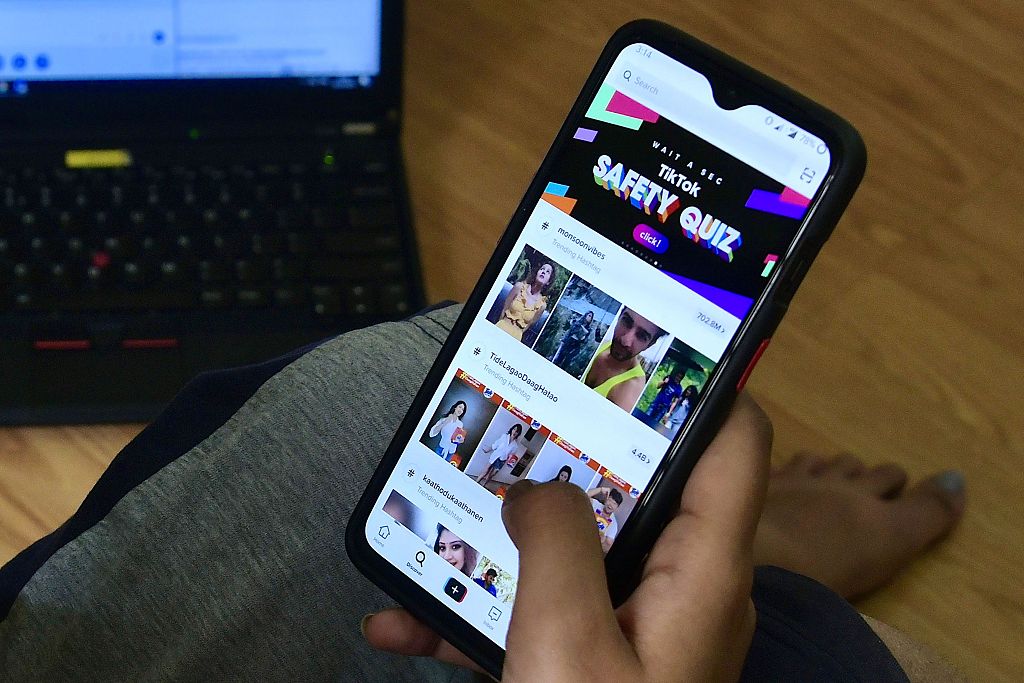 An Indian mobile user browses through the video-sharing TikTok app on a smartphone in Amritsar, India, June 30, 2020. /VCG

An Indian mobile user browses through the video-sharing TikTok app on a smartphone in Amritsar, India, June 30, 2020. /VCG

In 2017, two of the top 10 most downloaded mobile apps in India were Chinese. By 2019, that figure rose to six, with Bytedance's TikTok leading the chart.

India has been the biggest driver of TikTok's downloads, generating 611 million lifetime downloads since its launch in 2017, accounting for 30 percent of TikTok installs globally, according to data firm Sense Tower.

Implicated in the ban are not just app developers, business in other fields, e.g. sourcing and trading, are all affected. Club Factory, India's third-largest e-commerce firm, is also on the list. The platform is home to more than 30,000 sellers and most of the orders on the platform are handled by Indian small-and-medium-sized companies.

India's Ministry of Electronics and Information Technology cited reason for the ban as the apps were "stealing and surreptitiously transmitting users' data in an unauthorized manner to servers which have locations outside India."

Most of the apps subject to the ban have been in wide use in India for years and they have not shown that they posed any security threat to India, said Long Xingchun, professor at School of International Relations from Sichuan International Studies University based in Chongqing.

Some question why Chinese apps, in particular, are targeted for the ban, especially when many Indian home-grown apps are financed by Chinese tech companies or Chinese venture capital. 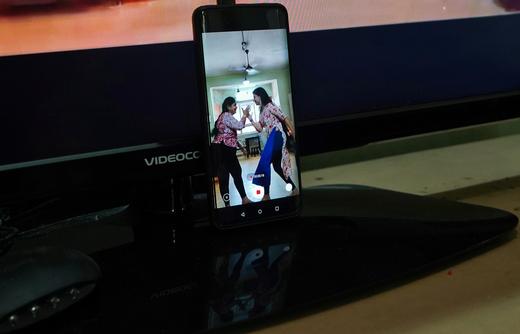 Two Indian TikTok users are seen in a mobile phone's screen as they make a short video inside their house in Mumbai, India, July 1, 2020. /Reuters

Two Indian TikTok users are seen in a mobile phone's screen as they make a short video inside their house in Mumbai, India, July 1, 2020. /Reuters

"If Chinese apps pose a national security threat, then what difference does it make when it comes to Chinese investment? So many Indian tech startups are financed by investment from China," said Liu.

Chinese investors are deeply entrenched in the Indian startup ecosystem. According to Gateway House, the Indian Council on Global Foreign Relations, more than half of India's 30 unicorns, have a China investor. China's two biggest tech giants, Alibaba and Tencent, have backed up more than a dozen promising Indian startups in recent years, including household names such as Ola, Oyo, Swiggy, etc.

Industry insiders say though the ban took most people by surprise, there are already signs of similar restrictive policies coming.

Earlier this year, the Indian government started tightening scrutiny of investments from companies based in neighboring countries, in what was seen as a move to prevent takeovers from Chinese firms amid the pandemic.

In mid-May, a campaign calling for boycotting Chinese products surfaced on the internet and a government letter directing a ban on Chinese apps in India later started to make rounds on social media. The Indian government came out and clarified that no such directive existed, a statement that many Chinese app developers found reassuring at the time. 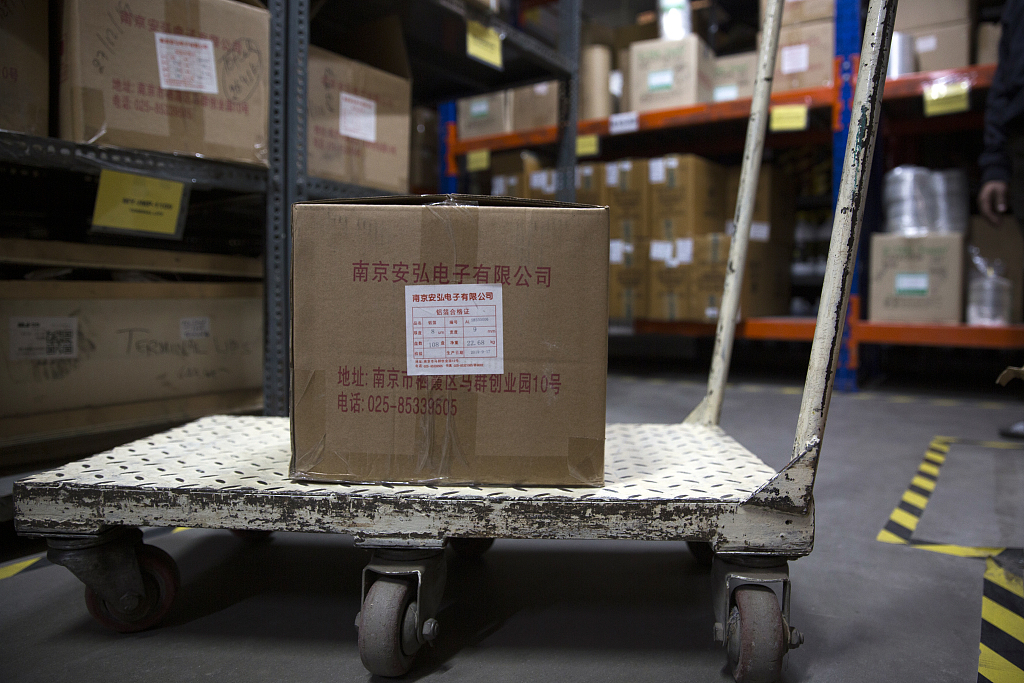 A box of materials imported from China sits on a trolley in a warehouse at the Deki Electronics Ltd. factory in Noida, Uttar Pradesh, India, February 11, 2020. /VCG

A box of materials imported from China sits on a trolley in a warehouse at the Deki Electronics Ltd. factory in Noida, Uttar Pradesh, India, February 11, 2020. /VCG

But Chinese goods destined for Indian market have been stuck at ports in India for some time, as part of the "Boycott China" campaign. According to the Indian Express, a group representing some of the firms whose goods were stuck at Indian ports have written to relevant authorities to express their concerns.

Trade protectionism has its historical roots in India, said Long. The pursuit of self-dependence and trade protectionism has pitted India against the U.S. for long. A new e-commerce rule which came into force last year banned Amazon from negotiating exclusive products or offering special discounts in a bid to protect small sellers.

Data is increasingly viewed as a strategic asset by the Indian government. Starting from 2018, American payment companies such as Visa, Mastercard and American Express were required to store all information about transactions involving Indians on local computers in the country.

"Even setting and operating a joint venture in India is very difficult for entrepreneurs, which is why most Chinese app developers tend to register at home and launch their apps in India," said Liu.

Tensions between China and India escalated after the recent border clashes. Amid calls in the country for boycotting Chinese goods, Prime Minister Modi urged on Sunday for people to buy local products, saying that buying local is "playing your role in making the country strong."

But many local app developers still find short of resources and capitals, said Long. They are caught in the dilemma between protecting local industries and relying on international investment for development.

"Restrictive policies as such are against the trend of development in the cyberspace," he noted. 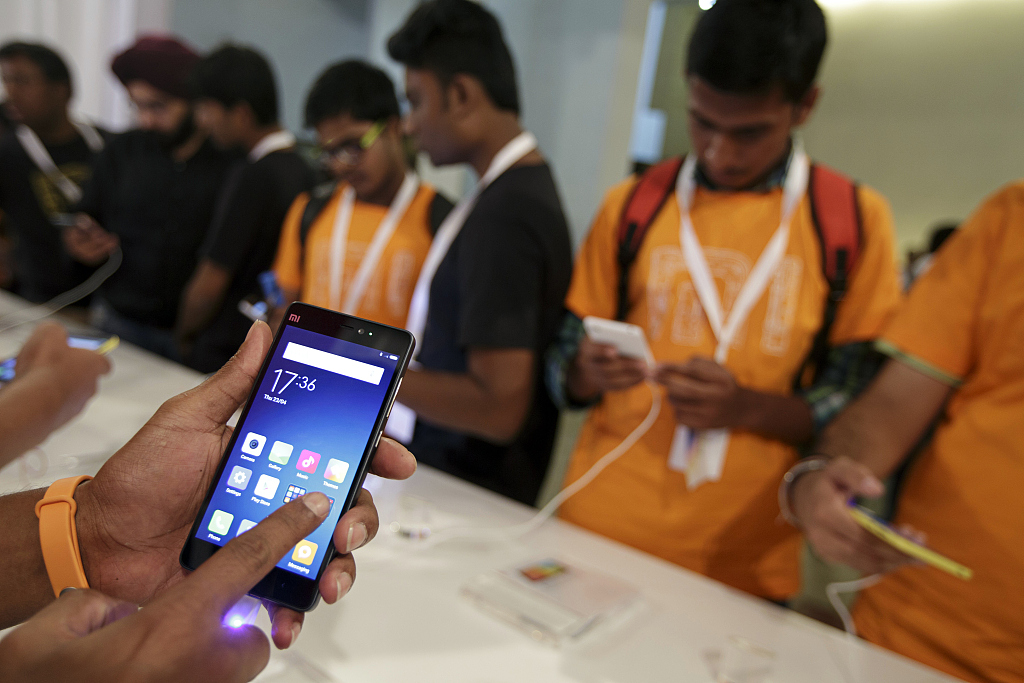 The move is largely a symbolic gesture aimed at domestic electorate, said Liu. After the border clash, emotions have been running high on social media. After the ban was announced, even a few TikTok influencers, who are part of the app's ecosystem, said they supported the ban.

But still, he called for optimism. TikTok was removed from the Indian app store last year, but the ban was lifted in one week. "Given that so many Indian companies rely on TikTok for marketing and promotion, I am optimistic that in the longer term, a permanent ban is unlikely to stay in place."

In their latest move, an Information Technology Ministry official said the banned platforms would be given a chance to submit their clarifications on privacy and security.

For Chinese companies, political risks are now the biggest risks in doing business in India, noted Liu. He said the attractions of the Indian market nonetheless stay, a dynamic market, a large user base, low cost of customer acquisition etc.

But a cool-down effect of Chinese tech firms and investors in India may be inevitable, he added. And when things get back to normal, hinges upon how the bilateral relations will go forward.