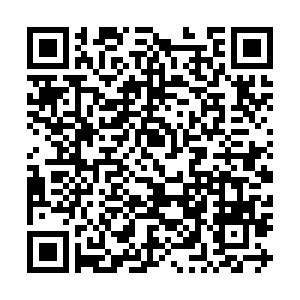 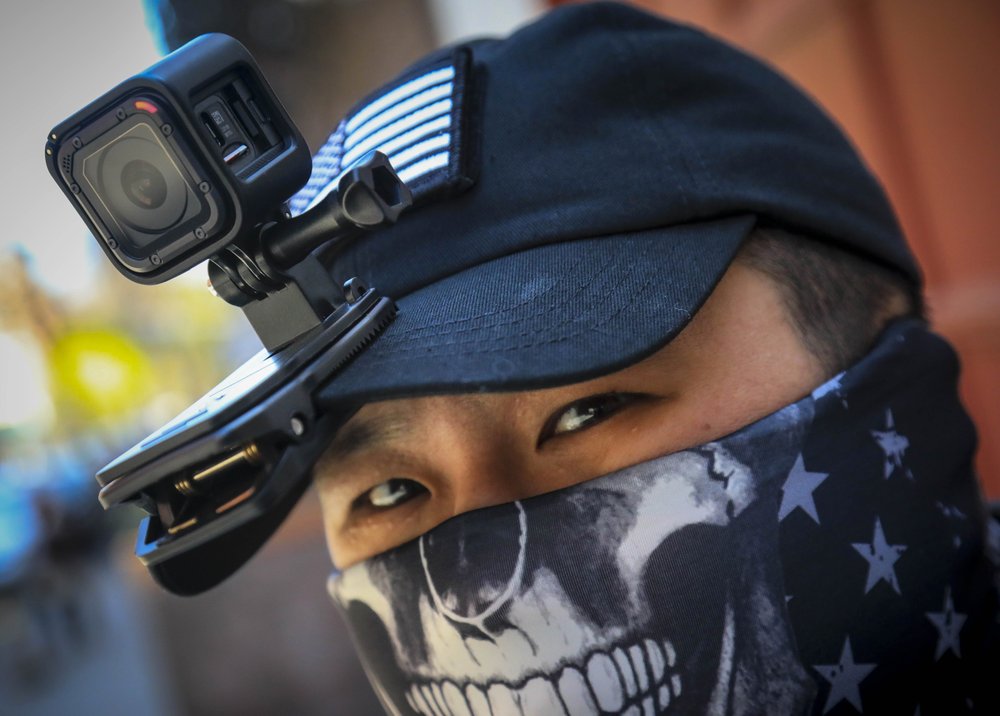 Eddie Song, a Korean American entrepreneur, arrives at his motorcycle storage garage wearing a video camera clipped to his cap and a face mask due to COVID-19 on April 19, 2020, in East Village neighborhood of New York. /AP

Eddie Song, a Korean American entrepreneur, arrives at his motorcycle storage garage wearing a video camera clipped to his cap and a face mask due to COVID-19 on April 19, 2020, in East Village neighborhood of New York. /AP

As the coronavirus first reported in China now ravages the U.S., Asian Americans are continuing to wrestle with a second epidemic: hate. Hundreds of attacks on Asian people have been reported, with few signs of decline.

Asian Americans in California reported 832 incidents of discrimination and harassment in the last three months, according to the new data collected by "Stop Asian American Pacific Islander Hate," the leading aggregator of incidents against Asian Americans during the pandemic.

The new report released on Wednesday by Stop AAPI Hate shows that incidents of racism and discrimination are not isolated to any particular area but are a statewide problem in California as Asian Americans have reported incidents in 34 counties so far in the most populous state of the United States, adding that incidents are reportedly taking place in California in retail stores, in the workplace and online.

"Anti-Asian American harassment has also been further stoked by President Trump's repeated use of the term 'Kung Flu' in recent rallies, and as recently as last night, comments on Twitter scapegoating China for the United States' devastating failure to control the coronavirus," said the group in a statement.

They noted that discrimination and harassment of Asian Americans in California has drawn national attention recently after a series of videos in Torrance, California featured a woman using graphic racist language against Asian Americans.

"The viral video of racism in Torrance is one example of hundreds. It's the tip of the iceberg of anti-Asian American hate and discrimination," said Russell Jeung, chair and professor of Asian American Studies at San Francisco State University. "Without government accountability, we risk COVID-related racism against Asian Americans becoming deeply entrenched, ultimately impacting the lives of millions of people in California and around the country."

"In California, we have to do more than condemn racist rhetoric – we must take bold action today to address attacks whether they happen in grocery stores, in the workplace or in the schoolyard," Choi added. 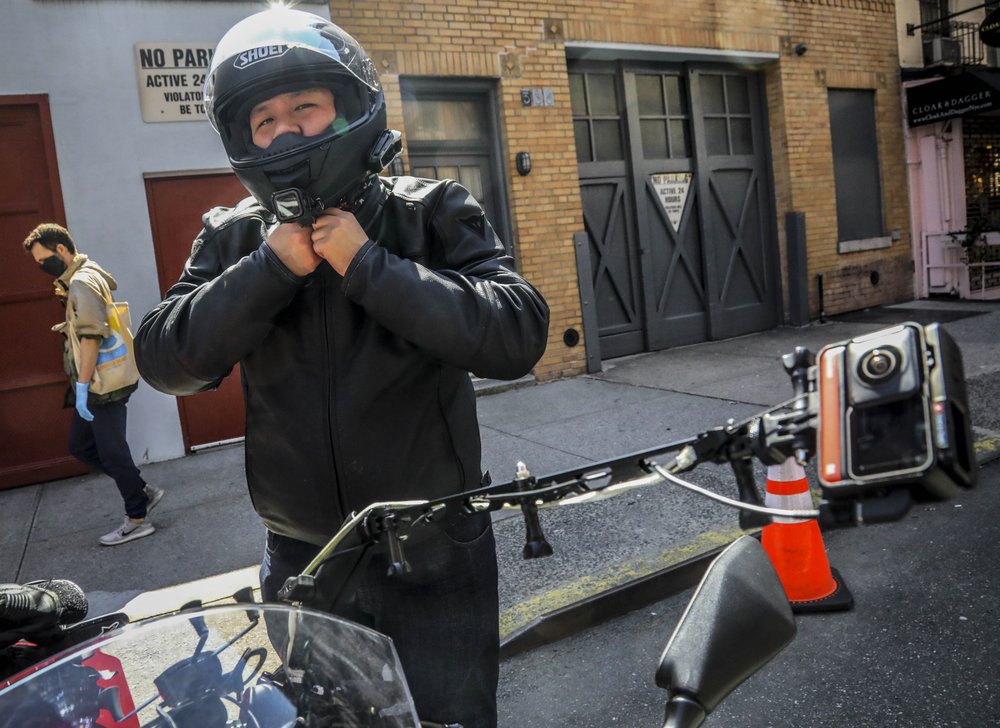 Eddie Song, a Korean American entrepreneur, prepares to ride his motorcycle wearing a jacket over extra body padding while equipped with video cameras, on April 19, 2020, in East Village neighborhood of New York. /AP

Eddie Song, a Korean American entrepreneur, prepares to ride his motorcycle wearing a jacket over extra body padding while equipped with video cameras, on April 19, 2020, in East Village neighborhood of New York. /AP

Meanwhile, Asian Americans in New York have been helping themselves confronted with the increase of targeted hate crimes by equipped themselves with GoPros and guns.

When Eddie Song leaves his Manhattan home, it can feel like heading into battle. The Korean American startup founder and avid rider dons his armored motorcycle jacket, motorcycle gloves, a skull face mask and a GoPro camera.

"The GoPro is on all the time whenever I leave the house now. Basically it's a rolling camera," Song said. "With the combination of looking intimidating and having the camera – if they pick a fight with me, they know I'm prepared."

During the pandemic, an online hate reporting center has received nearly 1,500 reports of racist abuse against Asians nationwide since it launched March 19. Stay-at-home orders mean in-person run-ins are down somewhat but vandalism of Asian-owned homes and businesses is up, according to the advocacy groups running the portal.

It's difficult to predict whether incidents will dramatically drop once society goes back to "normal," Levin, a former NYPD officer, said, noting that the pandemic is unprecedented.

"Generally, when there's a catalytic event, hate crimes tend to decline and have a bit of a half-life," he said. "But that presupposes a singular catalytic event as opposed to a rolling one."