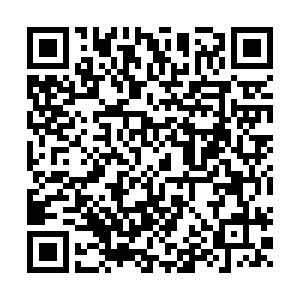 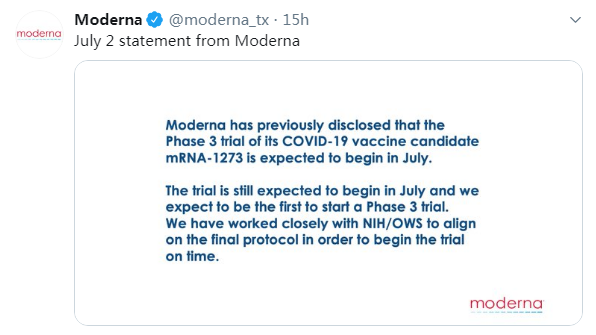 COVID-19 vaccine candidates will enter late-stage clinical studies by the end of the month, with others beginning in August, September and October, the U.S. government's top infectious diseases expert said on Thursday.

The news comes as Moderna Inc, which is at the forefront of the country's vaccine development efforts, reiterated earlier in the day that a late-stage trial with 30,000 volunteers would begin this month.

The company made the announcement in response to one of its vaccine project investigators, Dr. Carlos del Rio, who also is an infectious disease expert at Emory University School of Medicine, who said that the trial has been delayed in an interview with health and medicine-related news platform STAT.

"We won't start until July 27, probably," del Rio said. "But July 27 would still be absolutely amazing. Even if it happens in early August, that's still amazing. This is going at a speed no other vaccine has ever gone."

According to Moderna, volunteers who have undergone the phase II trial in May have shown positive early results, developing antibodies against the virus.

Dr. Anthony Fauci, head of the National Institute of Allergy and Infectious Diseases, noted in an interview with medical journal JAMA Network that "We may be able to at least know whether we are dealing with a safe and effective vaccine by the early winter, late winter, (or) beginning of 2021." 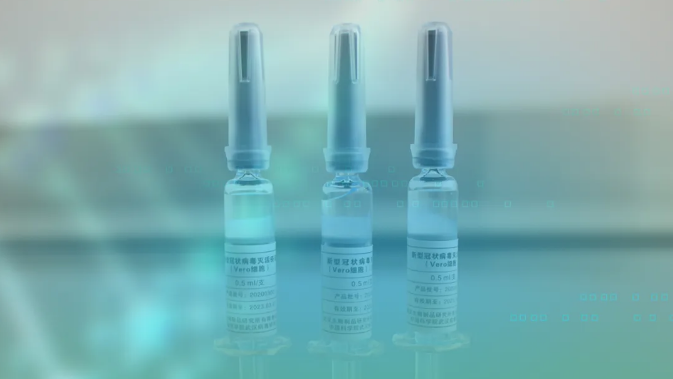 The vaccine showed no "serious adverse reactions" with all volunteers generating antibodies after two doses in 28 days, the company said.

The human trials began in Wuzhi County, central China's Henan Province on April 12. A total of 1,120 volunteers aged between 18 and 59 were inoculated with two doses in 28 days, according to CNBG.