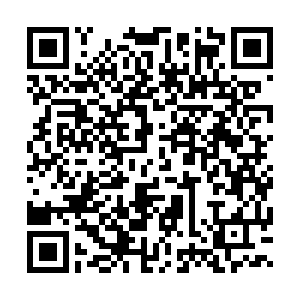 After Cuba made a joint statement on behalf of the 53 countries at the 44th Session of the United Nations Human Rights on Tuesday, welcoming the adoption of the law on Safeguarding National Security in the Hong Kong Special Administrative Region (HKSAR) by China's top legislature, representatives from other over 20 countries also expressed their support for the passage of the legislation during the session.

Laos welcomes China's efforts to protect national security by establishing and improving the legal system and enforcement mechanisms for the HKSAR, said the country's representative.

Myanmar and Cambodia representatives pointed out legislation on national security, a matter of national sovereignty falls within a state's legislative.

They both agreed that enactment of the law in the HKSAR can safeguard national security and "One Country, Two Systems" and wished to see the SAR continue to enjoy peace, stability, harmony and prosperity.

Voicing its support for "One Country, Two Systems" policy, Cape Verde said the legislation that aims to safeguard China's national security is a matter of national sovereignty and has nothing to do with human rights issues.

Burundi welcomes China's efforts in promoting and protecting human rights, the country's representative said and urged relevant countries to stop violating the Charter of the United Nations and stop using so-called "human right issues" in Hong Kong and Xinjiang as a pretext to interfere in China's internal affairs.

Representatives from the Democratic People's Republic of Korea (DPRK), Venezuela and Cameroon also voiced firm opposition to the use of Hong Kong or Xinjiang issues to interfere in China's internal affairs.

Serbia, Armenia and Chad all expressed their adherence to the one-China principle and support China's sovereignty and territorial integrity while Tanzania and Kyrgyzstan stressed that both Hong Kong and Taiwan are inseparable parts of China and opposes politicizing human rights issues.

Saying that China is an important cooperative partner of Maldives, the country's representative said the development of bilateral ties has always been based on the principle of mutual respect for sovereignty and territorial integrity.

Representatives from Ethiopia, Ivory Coast and Madagascar all said the UN Human Rights Council should follow the principles of objectivity, impartiality, depoliticization and non-selectivity not to politicize or adopt double standards on human rights issues.

Countries including Indonesia, Vietnam, Bahrain, Sudan, Algeria, Nigeria and Morocco said countries should all abide by the principle of non-interference in the internal affairs and oppose the practice of interfering in internal affairs of other countries on the pretext of human rights issues.

Over 70 countries have voiced support to China's legislation for HKSAR and asked certain western countries to stop interfering in China's internal affairs, which shows that people have no problem telling right from wrong, Zhao said.

(Cover: Carrie Lam, chief executive of the HKSAR, addresses by video link the 44th session of the Human Rights Council at the European headquarters of the United Nations in Geneva, Switzerland, June 30, 2020. /Reuters)