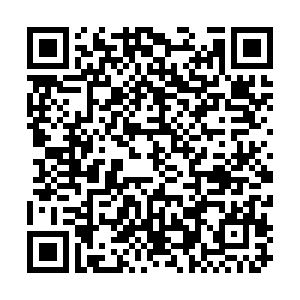 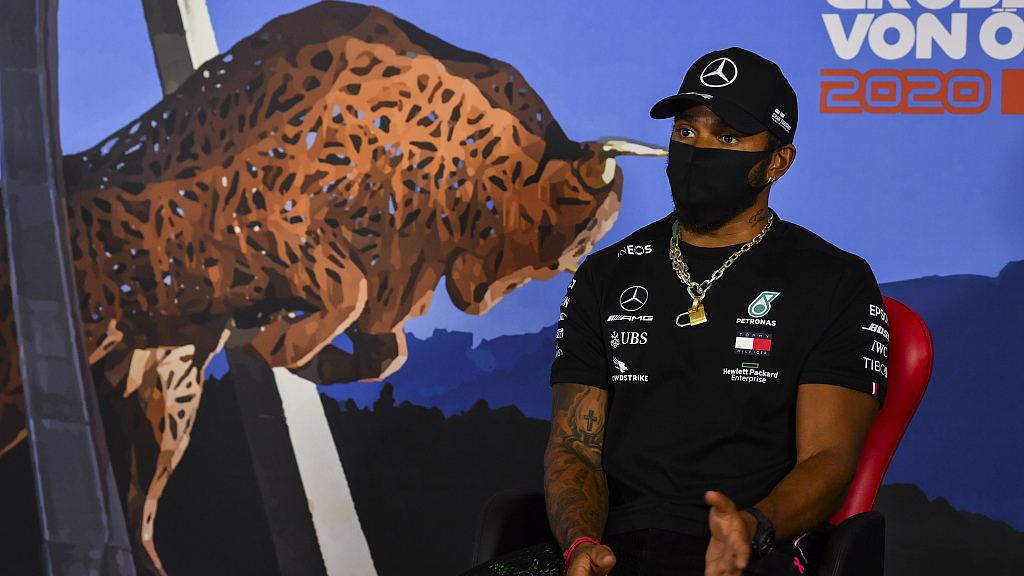 Six-times world champion Lewis Hamilton expects Formula One drivers to be united against racism at Sunday's season-opening Austrian Grand Prix, and that could mean taking a knee before the start.

There has been plenty of speculation about how the Mercedes driver might signal his support for the Black Lives Matter movement and those campaigning against racial injustice and inequality.

Speaking to reporters via video link at the Red Bull Ring, with a padlocked chain around his neck, the 35-year-old Briton said the drivers had not all spoken to each other but he was sure they would.

Hamilton added that he had not prioritized "a plan to come and kneel at the start line" but "we'll see on Sunday".

"I think whatever we do, we'll try to do it united," he said. 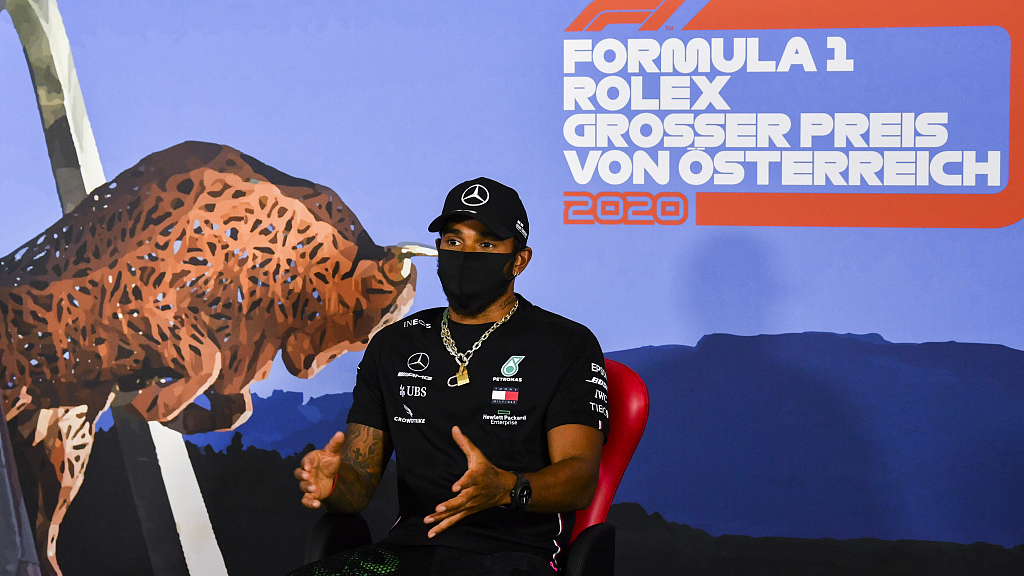 "I think it's really important that we remain united or become united in this sport," said Hamilton, who will be racing in black overalls and a black car with the message "End Racism" on it.

The champion last month criticized those, including "the biggest of stars", who had stayed silent on the killing of George Floyd, an unarmed Black man who died after a white U.S. police officer knelt on his neck.

He explained that he had been referring to the industry as a whole, rather than rivals.

"Our voices are powerful and if we bring them together collectively we can have a huge impact," Hamilton said.

"It's the first race. Already as a team we have shown quite a big acknowledgement of where we are in society today and that we are not standing still, we are moving ahead."

"We will I'm sure as drivers all stand to represent something." 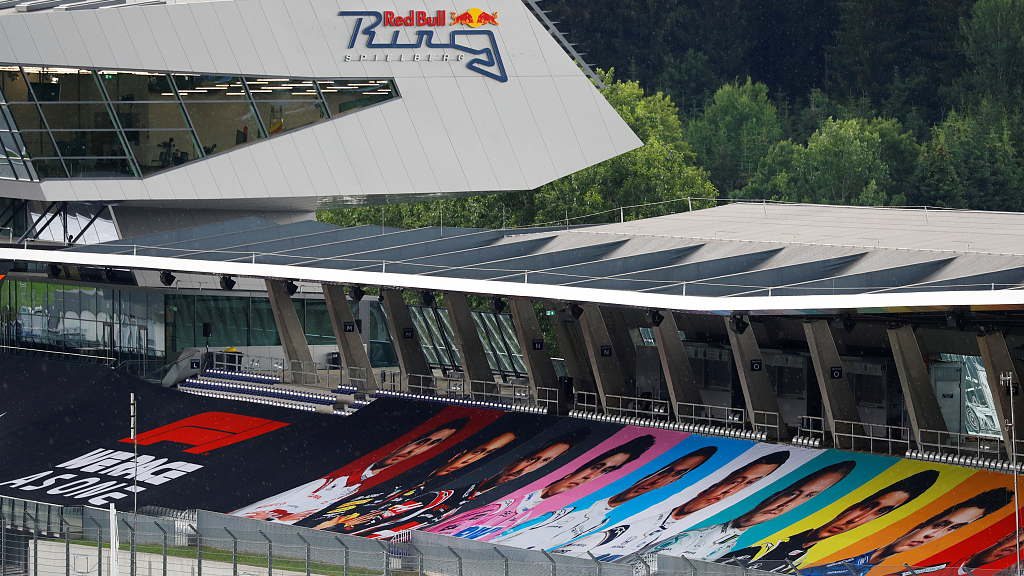 Banners with images of drivers are seen in the stands ahead of the Austrian Grand Prix at the Red Bull Ring, Spielberg, Austria, July 2, 2020. /VCG

Banners with images of drivers are seen in the stands ahead of the Austrian Grand Prix at the Red Bull Ring, Spielberg, Austria, July 2, 2020. /VCG

Sunday's race will end nearly four months of waiting for the season to start after the scheduled March 15 opener in Australia was cancelled due to the COVID-19 pandemic.

Drivers and teams must all wear face masks and operate in "bubbles" in Austria to minimize the risk of spreading the disease, with regular tests.

Hamilton, a vegan who is also outspoken on the environment and animal welfare, made clear he was wearing a cotton mask rather than a single-use disposable one.

"I'm wearing a cloth mask right now. I have not worn any of the paper ones because they are ending up in the oceans," he said.