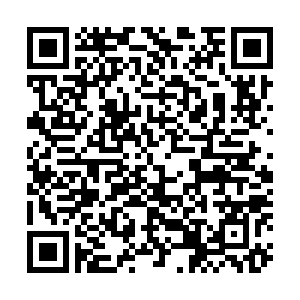 Tokyo Governor Yuriko Koike looks set cruise to victory in her bid for re-election on Sunday, buoyed by approval of her handling of the novel coronavirus even as a recent rise in infections triggers new concerns in the Japanese capital.

Koike, 67, often floated as a potential prime minister, won plaudits from the public for her straight-talking approach to the pandemic in contrast with what critics say was Prime Minister Shinzo Abe's initially slow and clumsy response. A former defense and environment minister, Koike is promising to prepare Tokyo - which accounts for about 20 percent of Japan's economy - for any second wave of infections and gain a public understanding for a "simplified" Olympics next year after the 2020 Summer Games were postponed because of the coronavirus.

"As China will make an all-out national effort for the 2022 Winter Olympics in Beijing, we need to demonstrate our victory in fighting the coronavirus," Koike said on the eve of Sunday's gubernatorial election in Tokyo.

"She'll win by a landslide," said independent political analyst Atsuo Ito, noting that a poll in late May put her approval rating at about 70 percent while her opposition is divided and Abe's Liberal Democratic Party is not fielding a candidate to run.

A former television announcer with well-honed communication skills, Koike warned in late March that Tokyo could face a coronavirus lockdown and called for an early state of emergency to tackle it.

She then tussled with Abe's government over what businesses to target for shutdowns after he declared an emergency in April.

Japan has not seen the explosive outbreak of the virus suffered elsewhere. But Tokyo, with a population of some 14 million, accounts for nearly 6,400 of its approximately 19,000 cases.

On Thursday, the metropolis confirmed 107 new cases, the most in two months, but the government - eager to revive a slumping economy - said it was not planning to reimpose the emergency that was lifted on May 25. More 120 new cases were found in Tokyo on Friday, the Nikkei newspaper reported.

Among other challenges that she will face include repairing the city's finances and coping with an aging population.

Challengers to the incumbent governor criticized her for favoring the Olympics over support for the coronavirus-hit economy. While Koike said it might be necessary to hold a more bare-bones Olympics next year because of the pandemic, her opponents went further and called for an outright cancellation of the Summer Games.

Koike's insistence on holding the postponed Olympics has also left a question mark over who will shoulder the huge costs of the delay and whether the Games can really go ahead in 2010.

Nikkei's recent survey found that 46 percent of respondents wanted the event to be scaled down, while 43 percent believed it would eventually get canceled. Only 8 percent called for holding the event in its entirety.

Koike, who has switched parties several times and shares many of Abe's conservative views, bolted from the LDP in 2016 to make a successful bid to become Tokyo's first female governor.

A year later, she formed an upstart party in the hope - quickly dashed - of ousting the LDP from power.