Japan floods leave some 20 dead, many in nursing homes
CGTN 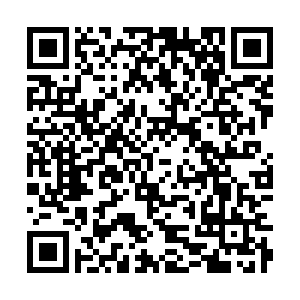 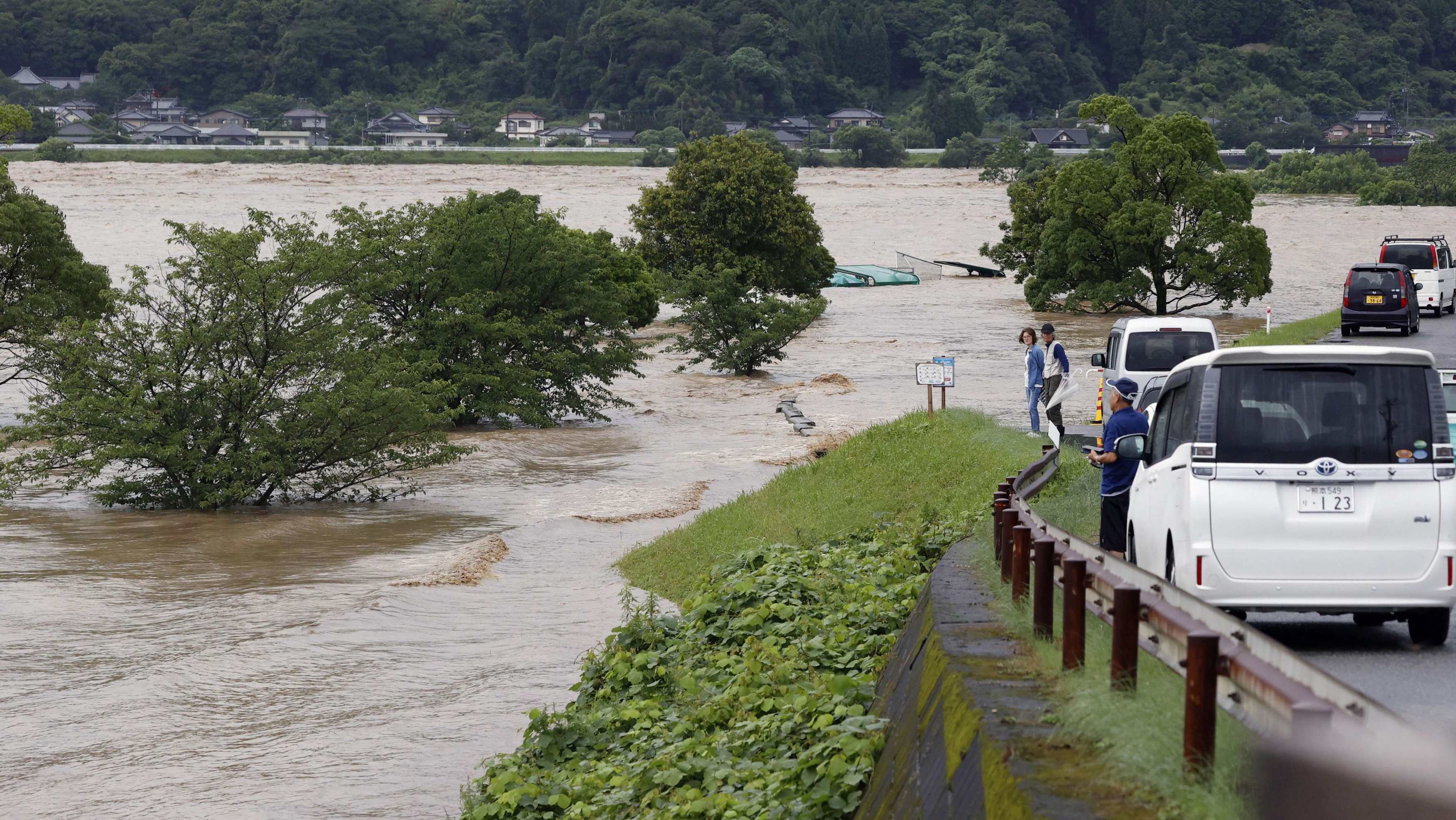 Deep floodwaters and the risk of more mudslides that left about 20 people confirmed or presumed dead hampered search and rescue operations on Sunday in southern Japan, including at elderly home facilities where more than a dozen perished and scores are still stranded.

Rescue helicopters and boats plucked more people from their homes in the Kumamoto region. Up to 10,000 defense troops, the coast guard and fire brigades are taking part in the operation.

One of the dead was a man in his 80s in the town of Tsunagi, with the other confirmed fatalities in Ashikita. Fourteen others without vital signs were found in a nursing home for the elderly in Kumamoto Prefecture, said the local governor quoted by NHK.

As of Sunday, about 50 people were rescued from the nursing home and around 203,200 residents were asked to take shelter in the two prefectures.

The country's meteorological agency downgraded its alert from the highest level it had initially posted to warn against floods and landslides, but Prime Minister Shinzo Abe urged residents to stay vigilant.

"The heavy rainfall is likely to continue until Sunday, and people in the area are required to be on the maximum alert," Abe said.

He added that as many as 10,000 troops were on standby for immediate deployment to join rescue and recovery operations and pledged that the central government would "do its best to take emergency measures, prioritizing people's lives."

Public broadcaster NHK said about 100 people were stranded as roads were cut off by floods and landslides. Television footage showed vehicles swamped in car parks near a flooding river, while several bridges were washed away. 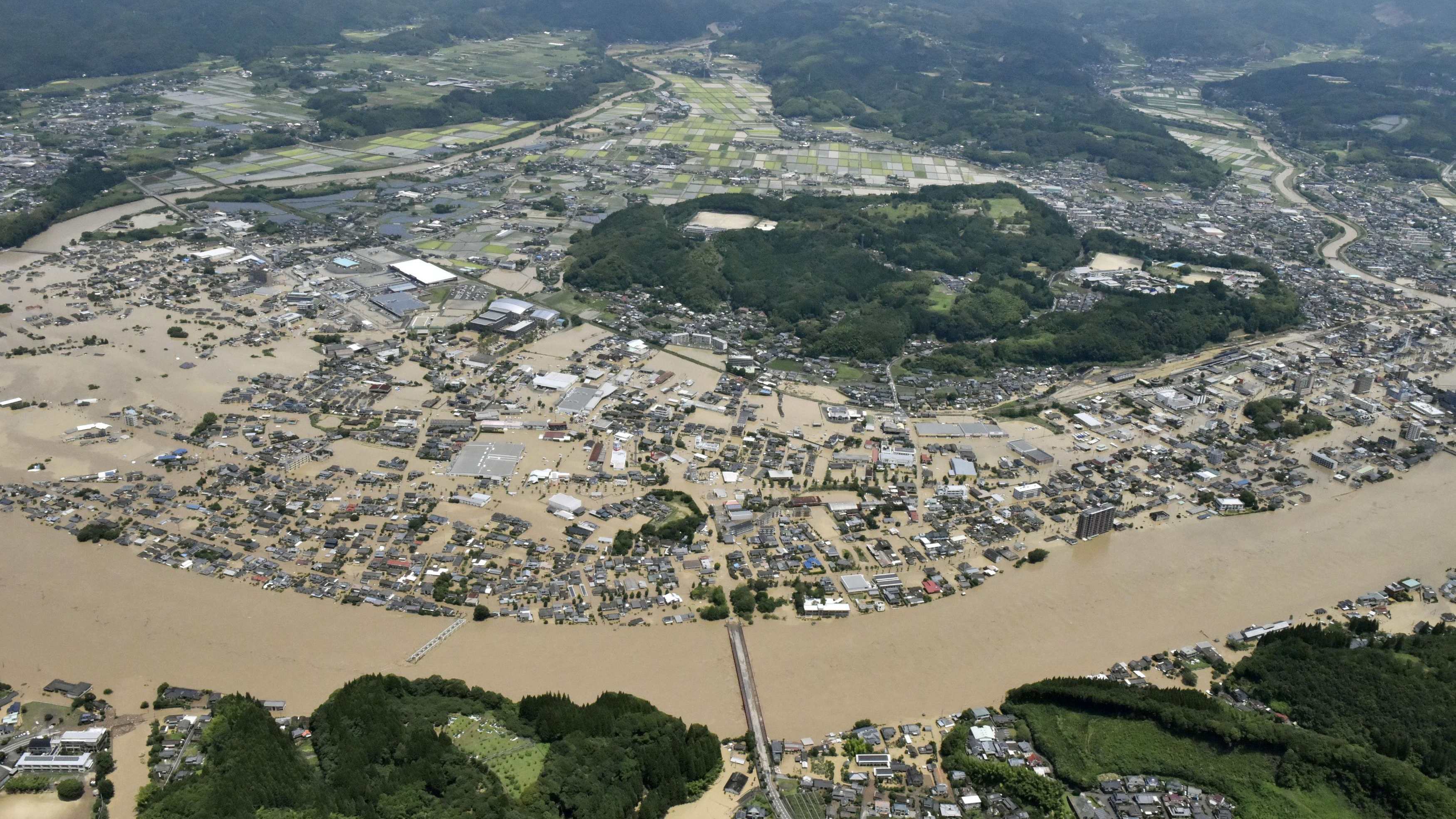 "I can't evacuate as a road turned into a river. It's so scary," a female resident told NHK. Aerial footage showed a resident being lifted with a rope from a roof to a military helicopter as an entire town was awash with muddy water. A massive landslide destroyed several houses with rescuers searching for missing people through half-buried windows.

"We strongly urge people to take action to protect their lives as it's still raining quite heavily," he said.

Kyodo News said more than 200,000 people in 92,200 households in Kumamoto and Kagoshima Prefectures have been instructed to evacuate. Some train services have been suspended in the region, while more than 8,000 households lost power.

Japan is currently in its rainy season, which often causes floods and landslides that prompt local authorities to issue evacuation orders.