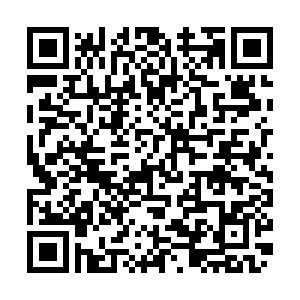 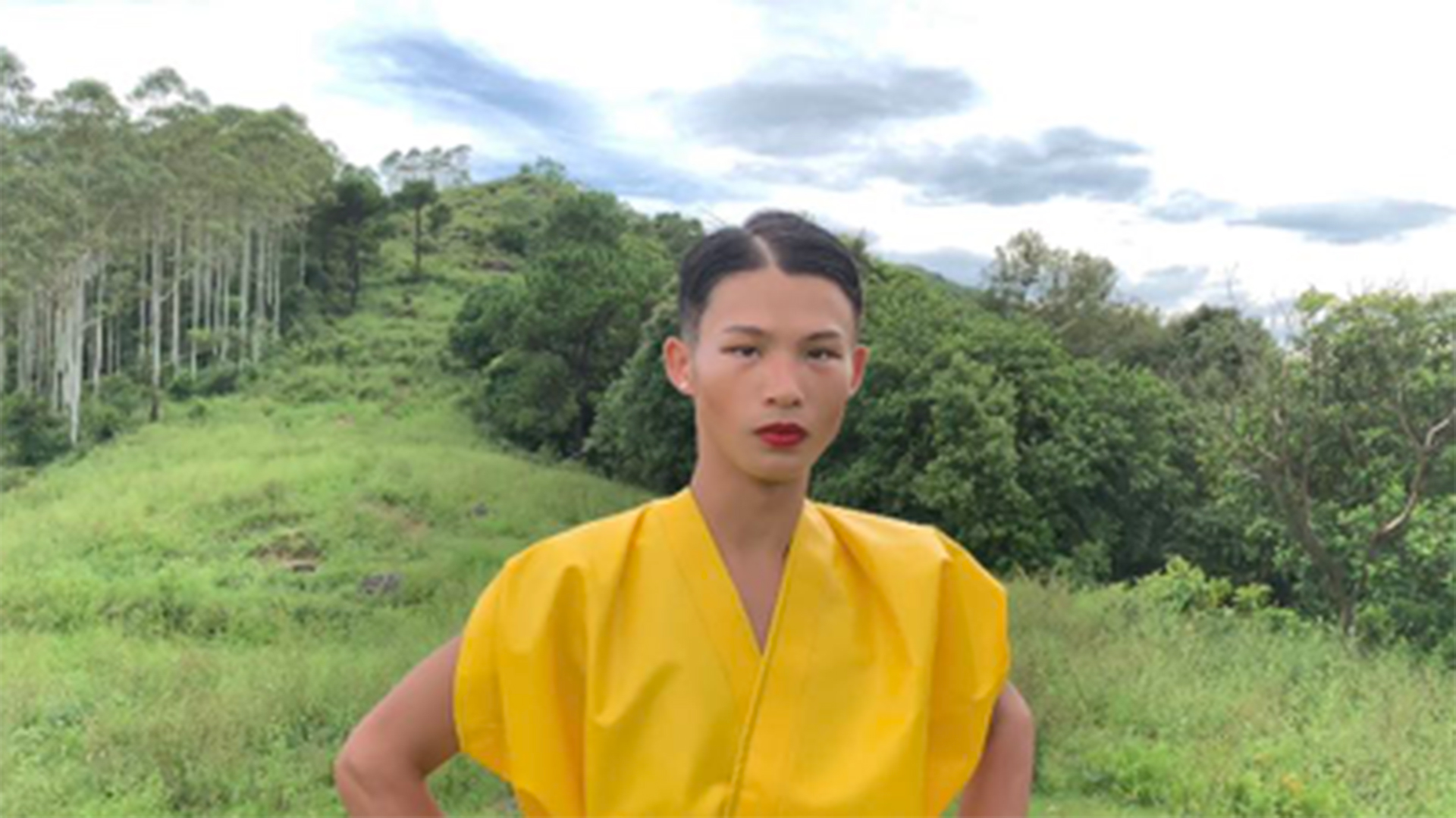 A 21-year-old villager from south China's Guangxi Zhuang Autonomous Region has dazzled viewers with his talent as a supermodel. Lu Kaigang, also known as Luxianren on Weibo, became an online sensation in 2019 after posting short videos of himself turning village dirt roads into his own runway and wearing avant-garde clothes that he makes from unconventional fabrics.  Lu has garnered more than four million followers on Douyin, the Chinese version of Tik Tok.

"When I was in fifth or sixth grade, I got to know fashion. My only access to it was by watching TV. I didn't know it was called 'runway'. I thought it was just a stage. I said to myself I would go on stage and become a supermodel," said Lu.

His online fame has helped him achieve that goal. He was scouted to walk in the Paris Fashion Week in 2019 and received an invitation to this year's London Fashion Week. 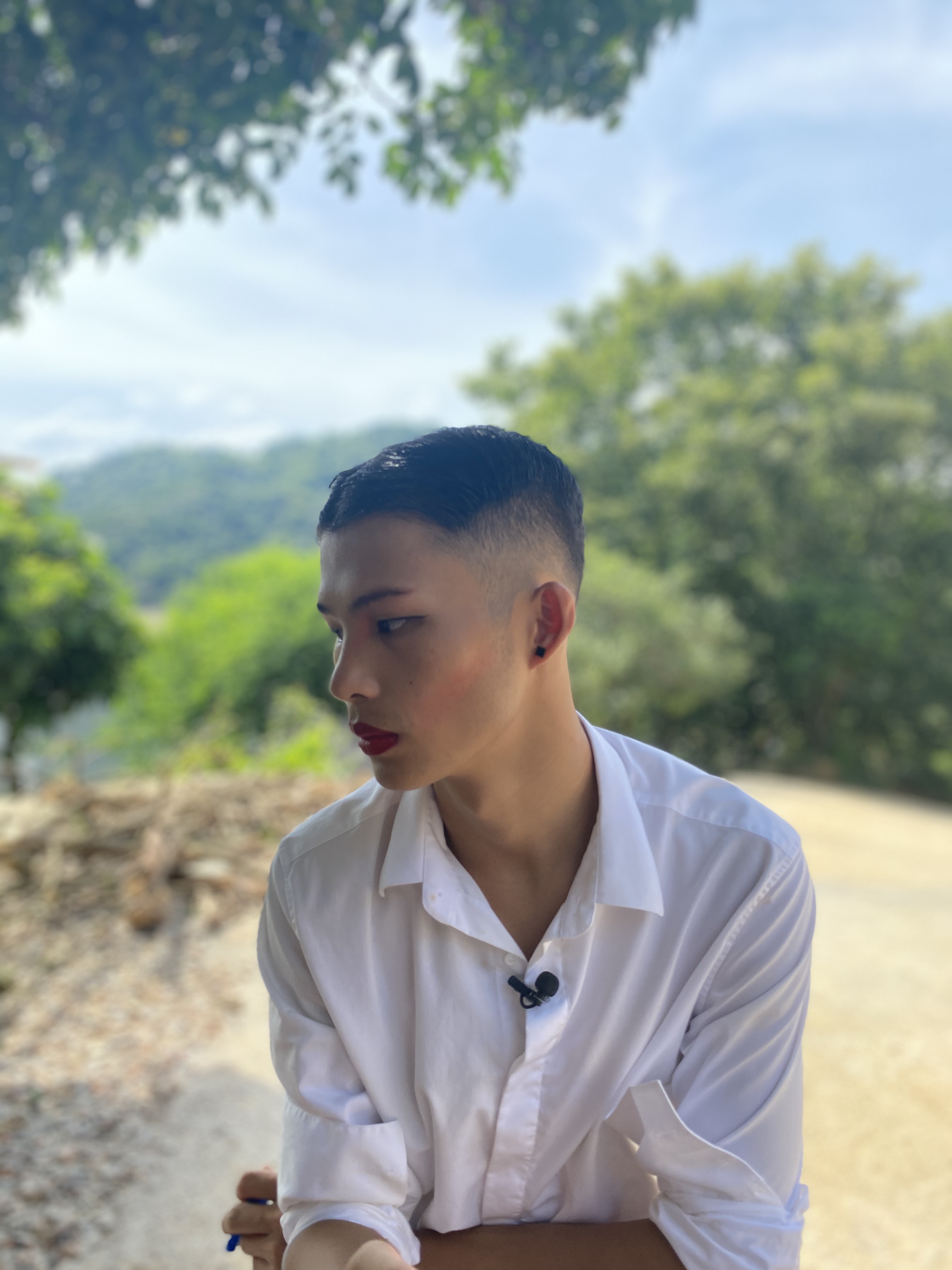 'I'm far from being a professional designer'

This may surprise many, but my first impression of him was a shy young man, wearing a simple white shirt, khaki trousers and flip flops.

With short hair, long and slender eyebrows, razor-sharp cheek bones, a dainty nose, and a slim figure of medium height, he seems to have ticked all the right boxes to be a model.

Lu is not very chatty. Most of the time, his replies are even a bit curt.

The CGTN crew came to his house, where he lives with his family. Lu showed us how he would turn a tarp into a fashion garment. Not relying on an entourage of designers or makeup artists – as I had assumed – his only help was from his cameraman, who also worked as a "mannequin." 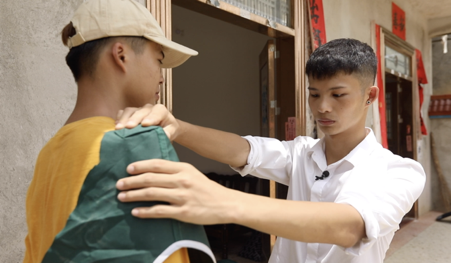 Lu Kaigang designs clothes with a tarpaulin in his village house in Guangxi. /CGTN

Lu Kaigang designs clothes with a tarpaulin in his village house in Guangxi. /CGTN

Without complicated needle work and simply by cutting the fabric, Lu said he could finish a look within an hour on average.

"I'm far from being a professional designer. Inspiration is required for designing clothes. Sometimes it's fast when inspiration hits," said Lu. "I started to make garments, model them and film videos in 2018. But the impact was not big, so I stopped for a while. I picked it up again in 2019."

Lu only makes and wears dresses, which has led to some controversy online, but Lu said that the feedback he's received has been overwhelmingly positive.

"My family actually is quite supportive. As for the general public, I think they support me and wouldn't point fingers at me. They don't think this is a female garment. I think this is innovation and a manifestation of fashion," Lu said.

Hoping to walk an international runway again, Lu said his plan is to learn a foreign language and continue improving his modeling skills.