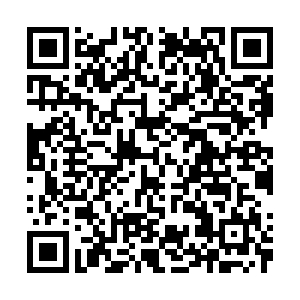 Well-known for sharing her idyllic life in a village in Sichuan Province, 30-year-old Chinese vlogger Li Ziqi has earned over 10 million subscribers on YouTube. However, her pastoral life was the subject of heated discussions among Chinese parents recently after a primary school teacher used her life to formulate a question on an exam paper.

A parent in Haishu District, in east China's Ningbo City, drew attention to the matter in an online query posted on a Chinese bulletin board system. According to local news outlet Qianjiang Evening, stories about Yuan Longping, a renowned  Chinese agronomist; Lei Haiwei, a deliveryman and Chinese Poetry Competition winner; and Li Ziqi were used in the reading and comprehension section of an exam paper. The students were asked to select one from the three figures and explain why they chose them.

The test paper also included Li Ziqi's online account information and the number of followers she has on Weibo and YouTube. 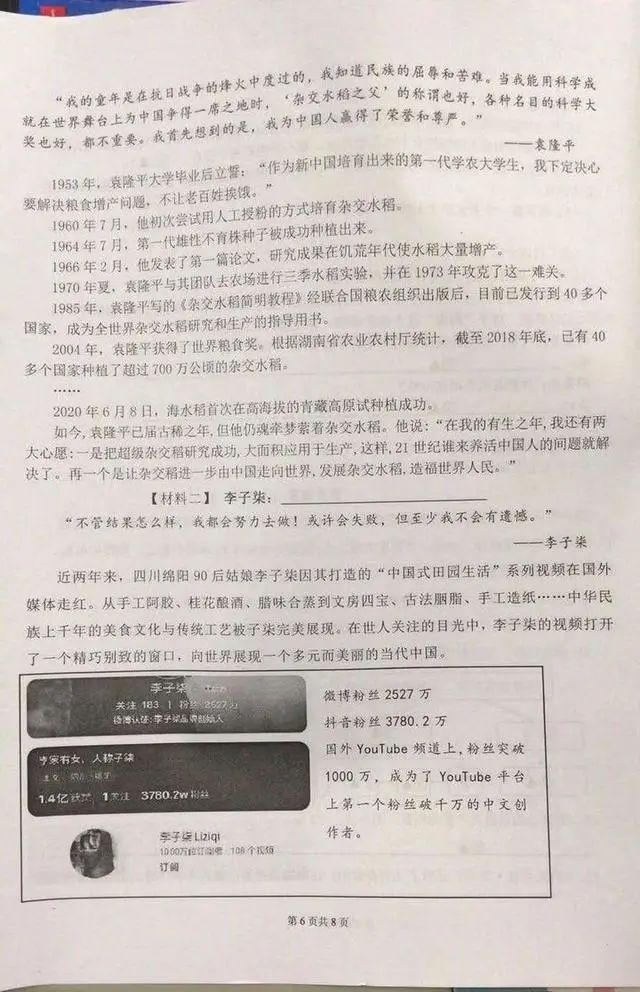 Li Ziqi's accounts and the number of her followers on social media are presented at the bottom of the exam paper. Some parents questioned whether it was appropriate to include internet celebrities in the exam. /Qianjiang Evening

Li Ziqi's accounts and the number of her followers on social media are presented at the bottom of the exam paper. Some parents questioned whether it was appropriate to include internet celebrities in the exam. /Qianjiang Evening

The parent enumerated seven questions to the education authorities, including whether Li's life represents all idyllic life in China; whether the digital economy based on influencer marketing distorts children's values, whether the teacher who set the exam paper is one of Li's fans and whether the number of followers listed on the exam paper is misleading.

These questions have also been echoed by some of the netizens who have similar concerns.

"It is unreasonable to let my kids open their eyes by spending much of time on social media," commented one Weibo user, questioning whether the teacher who came up with the question couldn't have chosen someone other than an internet celebrity to represent traditional Chinese culture.

Other netizens asked why an internet celebrity was selected when there were many great figures in Chinese history, while others pointed to flaws with the overall question.

"These questions are not suitable to pupils because there is no comparability between Yuan Longping and Li Ziqi whether to compare the industries or the influence," Qianjiang Evening cited a netizen as saying. 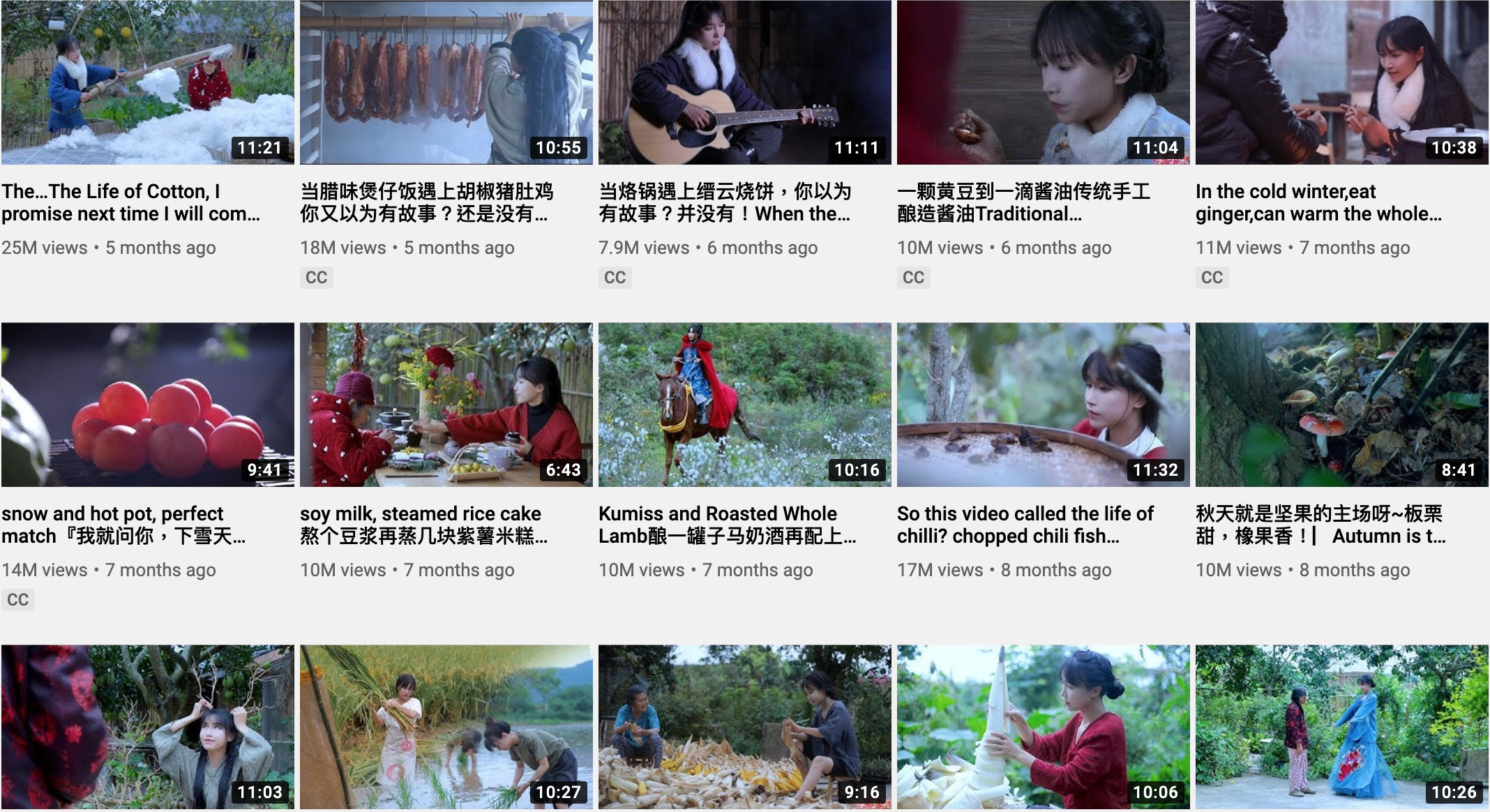 Li Ziqi has over 11 million followers on YouTube. /Screenshot

Li Ziqi has over 11 million followers on YouTube. /Screenshot

Starting her shooting in 2016, Li Ziqi has made a sensation both at home and abroad for an ideal idyllic life in her hometown. She uses the camera lens to document meal preparation, from cultivating the basic ingredients to sharing the food with her grandmother in the backyard. Li seldom speaks in her videos, choosing instead to show how she relishes her idyllic life with her grandmother, complete with traditional Chinese music and natural sounds playing in the background.

Chinese rural vlogger gains fame both in China and abroad

The parent's query has created two camps on Chinese social media, with some netizens standing on the side of the education authorities and others on Li's. 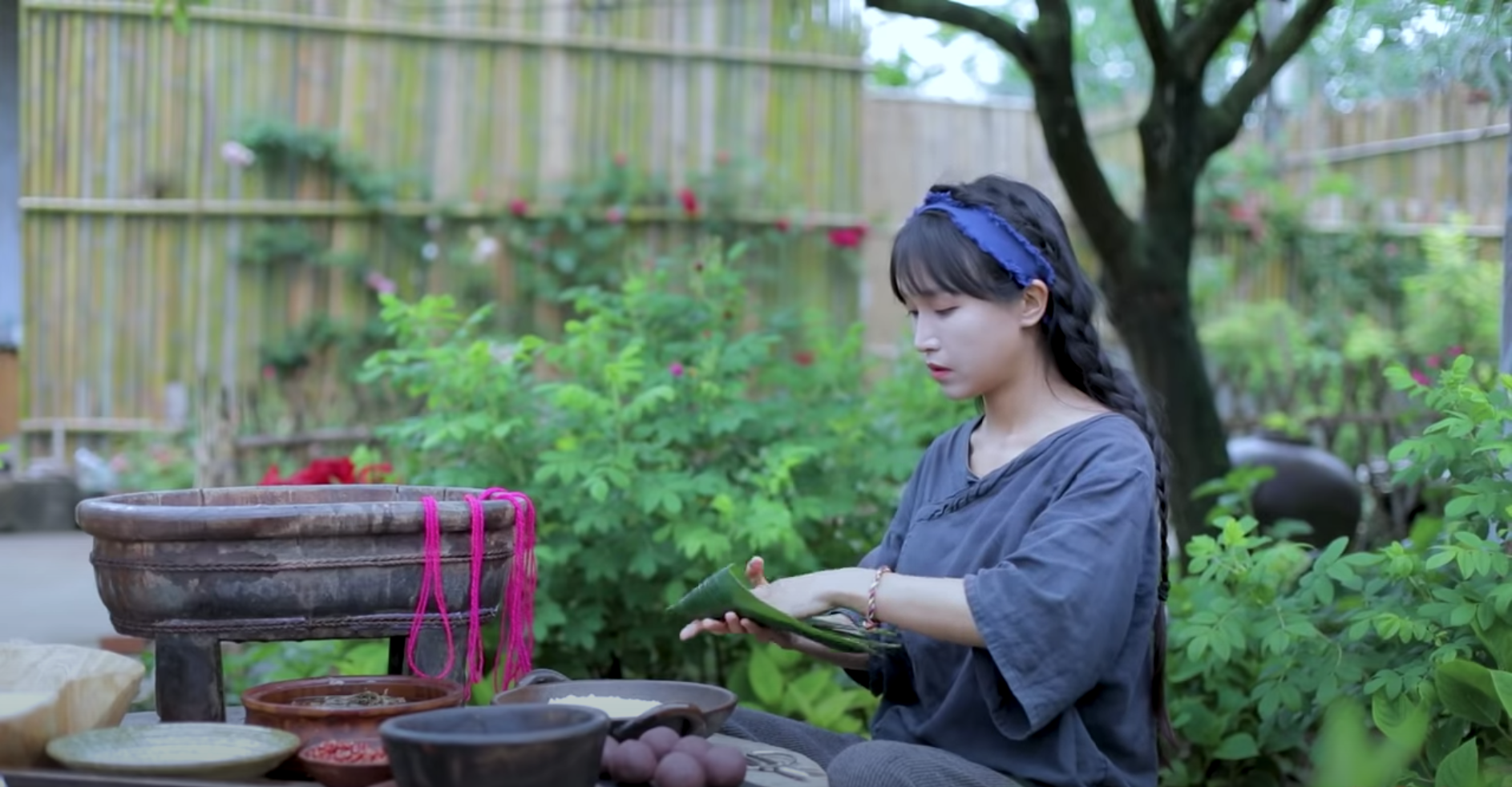 "Many have prejudice against internet celebrities. Li Ziqi is optimistic about life and carrying righteous values," a netizen who goes by the name of @kuaileshenghuozhishang commented.

"Being an internet celebrity is also a job. People who work hard are admirable and Li's videos exported Chinese culture," said another whose handle is @meiritianfen.

To reassure parents, Zhu Zifan, director of the district education department, explained that the inclusion was an attempt to follow the practice of current college and senior high school entrance exams, as they contain a lot of social topics.

A renowned teacher in the district also suggested that students should be open-minded and that they have to get information from the news and social issues.

This is not  the first time that Li's vlog has gotten her mixed up in controversy. Recently, Chinese fans accused a Vietnamese vlogger of copying Li's content format.