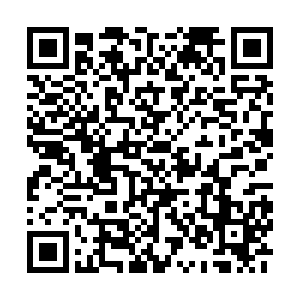 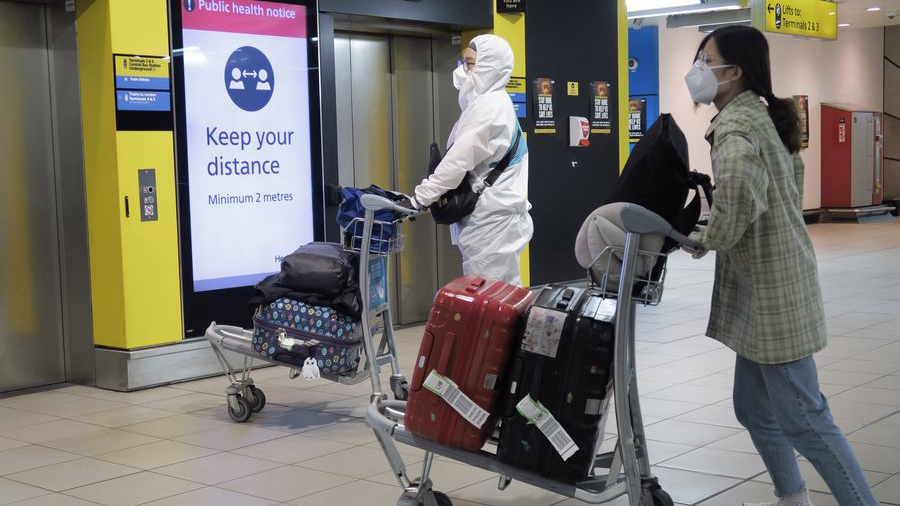 On July 3 afternoon, the United Kingdom government released a list of 50 or so countries which it now deemed were "safe" to travel to, lifting inbound quarantine restrictions on such nations. Boris Johnson said the "virus was under control" in the listed destinations, irrespective as to whether they were accepting British travelers or not.

However, the list appears to have been based on political rather than scientific and healthcare priorities, notably omitting China on the list (which only had five new cases yesterday) yet paving the way for unrestricted travel for nations in far worse conditions than Beijing, even still reporting thousands of new cases a day.

The move to exclude China obviously cannot be separated from broader disagreements over matters, such as Hong Kong, yet at the same time it marks yet another chapter in the government's wholly unjustified attempt to blame Beijing for its own failures and disorganized response which has seen the United Kingdom tally one of the highest COVID-19 death tolls in the world, and the worst proportionally within the G7 group of advanced economies.

Having been heavily lobbied by the travel industry to lift inbound quarantine restrictions, it is obvious that Boris' move is not being motivated by the common good and instead prioritizing countries based on politics, than an impartial judgement of who has done well and who has not.

There is little argument at this point in time that Boris Johnson's personal response to the COVID-19 has been an unmitigated disaster that far outweighs the metrics of blaming China, plagued by a growing number of scandals, controversies and perceived double standards which has seen government approval ratings sharply drop. 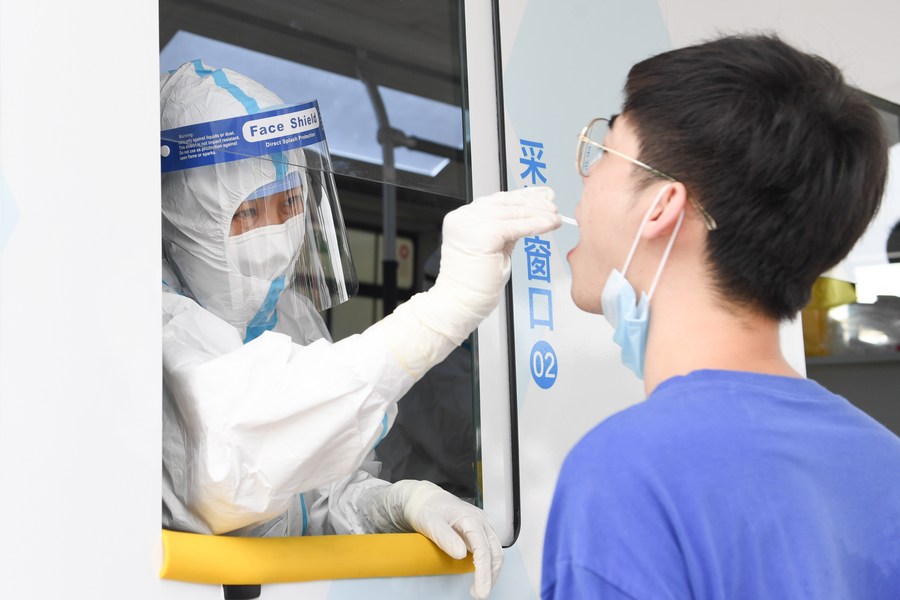 A medical staff member takes a throat swab sample from a man at a newly-adopted mobile testing vehicle in Xicheng District of Beijing, capital of China, June 28, 2020. /Xinhua

A medical staff member takes a throat swab sample from a man at a newly-adopted mobile testing vehicle in Xicheng District of Beijing, capital of China, June 28, 2020. /Xinhua

This has included the Dominic Cummings lockdown violation, an inability to prepare sufficient PPE, a failure to fulfill daily testing targets, a reported 20,000 deaths in elderly care homes (and a disputed 10,000 more), spinning case statistics under a "two pillar" approach, failures on the COVID-19 tracing app, the list goes on. The Labour Party has caught up in the polls, and its leader Keir Starmer now enjoys higher personal approval ratings than Boris.

Like the United States, Britain may face a second wave as the government moves to prematurely remove measures in the pursuit of corporate interests. This has included the bizarre push, after heavy lobbying by airlines, to remove inbound quarantine restrictions on travelers (which were implemented far too late anyway) and to effect reopen the travel industry. This comes irrespective of what other countries think about the UK's situation.

As a result, the UK government announced a series of "travel bridges" (which were not always reciprocal) whereby people who had been to listed destinations would not have to face quarantine measures. The government insists that these places are "safe."

However, an examination of the list shows that political and tourist industry interests have blatantly got in the way of a fair assessment which countries qualify and which ones do not, irrespective of how they have actually dealt with the virus, much to the risk of people in the United Kingdom.

Thus, China, with only five newly confirmed cases yesterday, is deemed "unsafe" yet Turkey, included because it is a popular British destination, is somehow deemed "safe" despite copping over 1,000 newly confirmed cases. Other European countries such as the Czech Republic, now also facing a small rebound of over 100 cases a day, are also "safe." How on any level is this justified? And what will the implications be for Britain's fight against the COVID-19?

Thus, concerning China, it is obvious the government have refused to declare it as "safe" as an extension of its own blame game against the country and as a token disapproval over the situation in Hong Kong. Naturally, authorities will respond to criticisms on this measure by claiming the government is "faking the numbers," yet empirical evidence such as authorities conducting millions of tests on Beijing residents and immediately stifling fresh outbreaks shows this is simply not credible.

If the mandatory quarantine was listed, inbound Chinese are not going to be a threat, as they are unlikely to come to Britain in meaningful numbers owing to London's own situation and an international lack of confidence in tourism.

Instead, the threat of a renewed outbreak lies closer to home as Britain happily opens the floodgates to countries where there are still lingering COVID-19 problems in the pursuit of economic objectives. To conclude, it is quite obvious that Boris's "safe list" is not meted on scientific and public health considerations, but instead on political and commercial objectives. It is a move which is sadly, as we have seen across the Atlantic, bound to backfire.