The coronavirus pandemic is fueling an exodus from New York City
By Yu Jing, Wang Yan 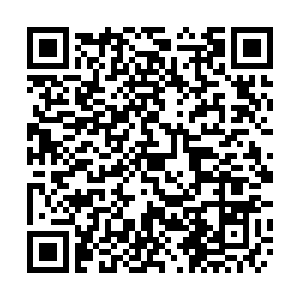 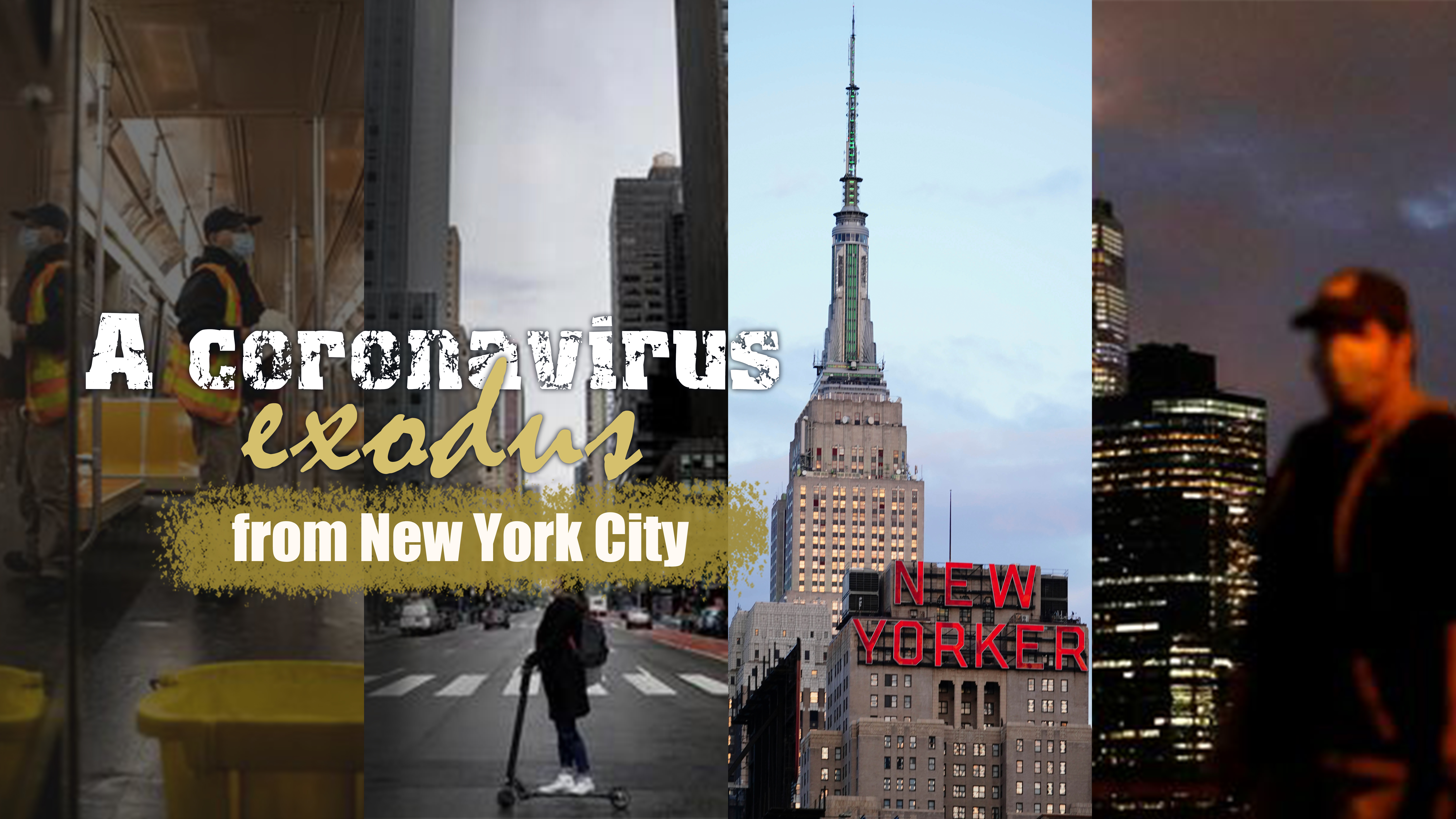 From the moment she decided to leave New York City to the time she arrived in California, it took Amira only two days.

She packed most of her essentials, posted an ad online for a temporary lease of her apartment, booked a plane ticket, and flew to California for her uncle's place, leaving the chaos and uncertainty behind in the epicenter of the pandemic in the U.S.

"I don't know if I could continue working, so I don't know how I can afford my rent for another three months," said Amira, a graduate student from New York University, who also worked as a student worker on campus. The salary is how she could afford rent, but as the coronavirus shut down school, she wasn't sure if she could sustain life in the city.

It was a sudden, unexpected change of events that everyone was a little taken back, she said. 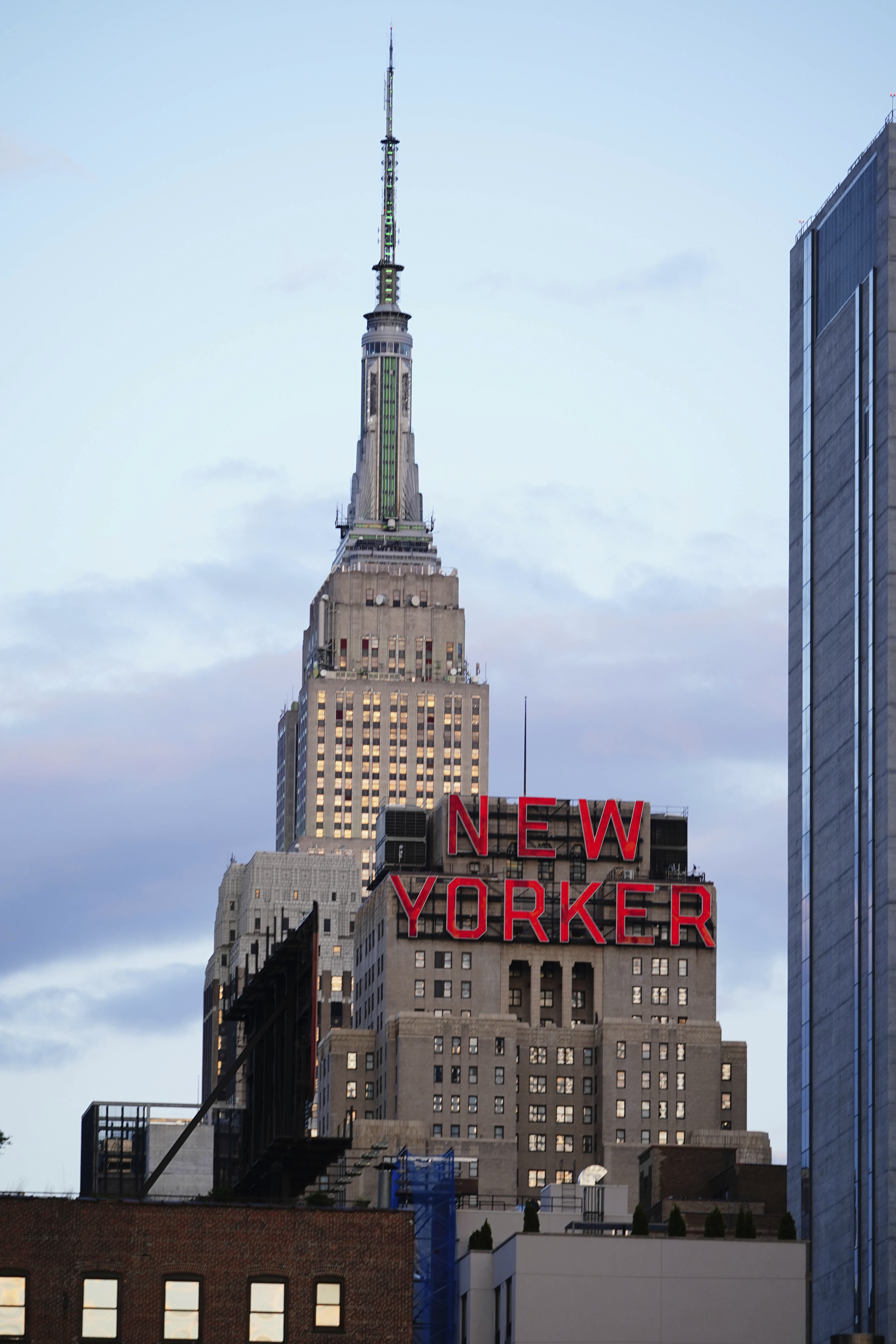 A view of the Empire State Building and the New Yorker Hotel on the foreground during the coronavirus pandemic, May 11, 2020, New York City. /AP

A view of the Empire State Building and the New Yorker Hotel on the foreground during the coronavirus pandemic, May 11, 2020, New York City. /AP

The coronavirus pandemic has struck the Empire State hard. By June 30, more than 23,159 New Yorkers had died from COVID-19. The city has the highest infection rate among all states, more than 2,500 cases per 100,000 and the rate of infection is especially high among the population who are old, poor, and of racial minority backgrounds.

According to The New York Times, between March 1 and May 1, in the city's wealthiest blocks, the residential population decreased by 40 percent or more, including the Upper East Side, Upper West Side, and SoHo area. It presents a plain fact that high-income families have the resources that allow them to be more adaptable to disasters like a pandemic.

Before Amira was about to leave in the second week of March, she went on a search for masks and hand sanitizers. Across the city's supermarkets – she went to 15 of them – she could not secure a single mask and got one from a friend. Luckily, as she got on the plane, she found it almost empty. 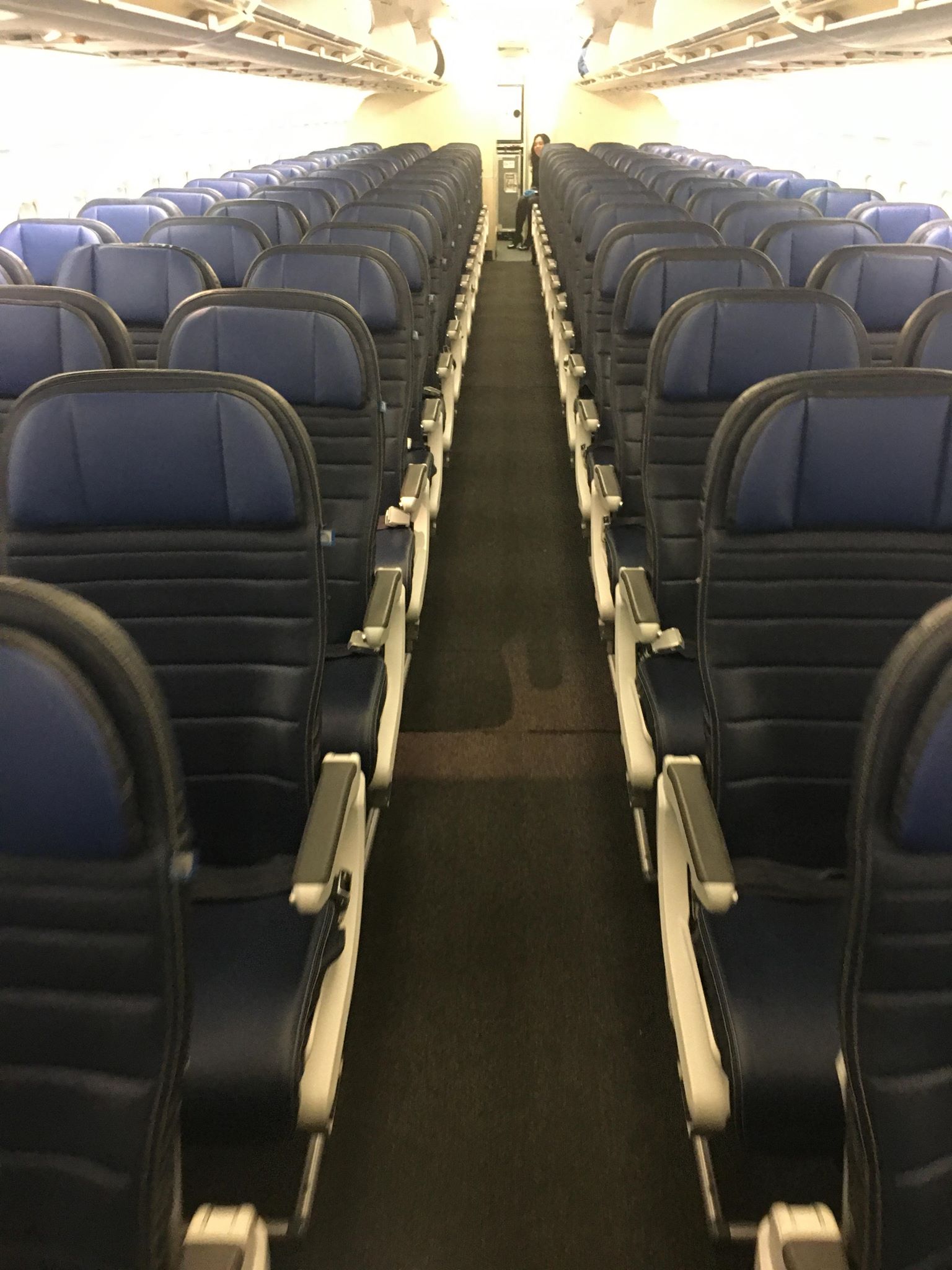 The plane from New York to California was almost empty. /Courtesy of Amira

The plane from New York to California was almost empty. /Courtesy of Amira

However, the deteriorating pandemic situation is not the only drive for people leaving the city. The city is expensive, and for people subject to furloughs or pay cuts, not to mention those among the 1.9 million in New York State who lost their job since mid-March to early May, retreating to the suburban area is financially more sensible.

Ava, a 26-year-old working an entry-level job in the city's education department, is considering this option.

She and her husband moved to an apartment in Brooklyn about two years ago. Rent is 2,600 dollars per month, for a two-bedroom apartment, that's only 60 square meters, with barely enough space for the two to work at the same time.

She has been working from home since March and her husband was just informed by the his company that they decided everyone should work from home until the end of 2020.

"Maybe we are going to move upstate, or somewhere closer to the farm of my husband's family," Ava said. "With this amount of rent in the city, we can afford a spacious house in the countryside." 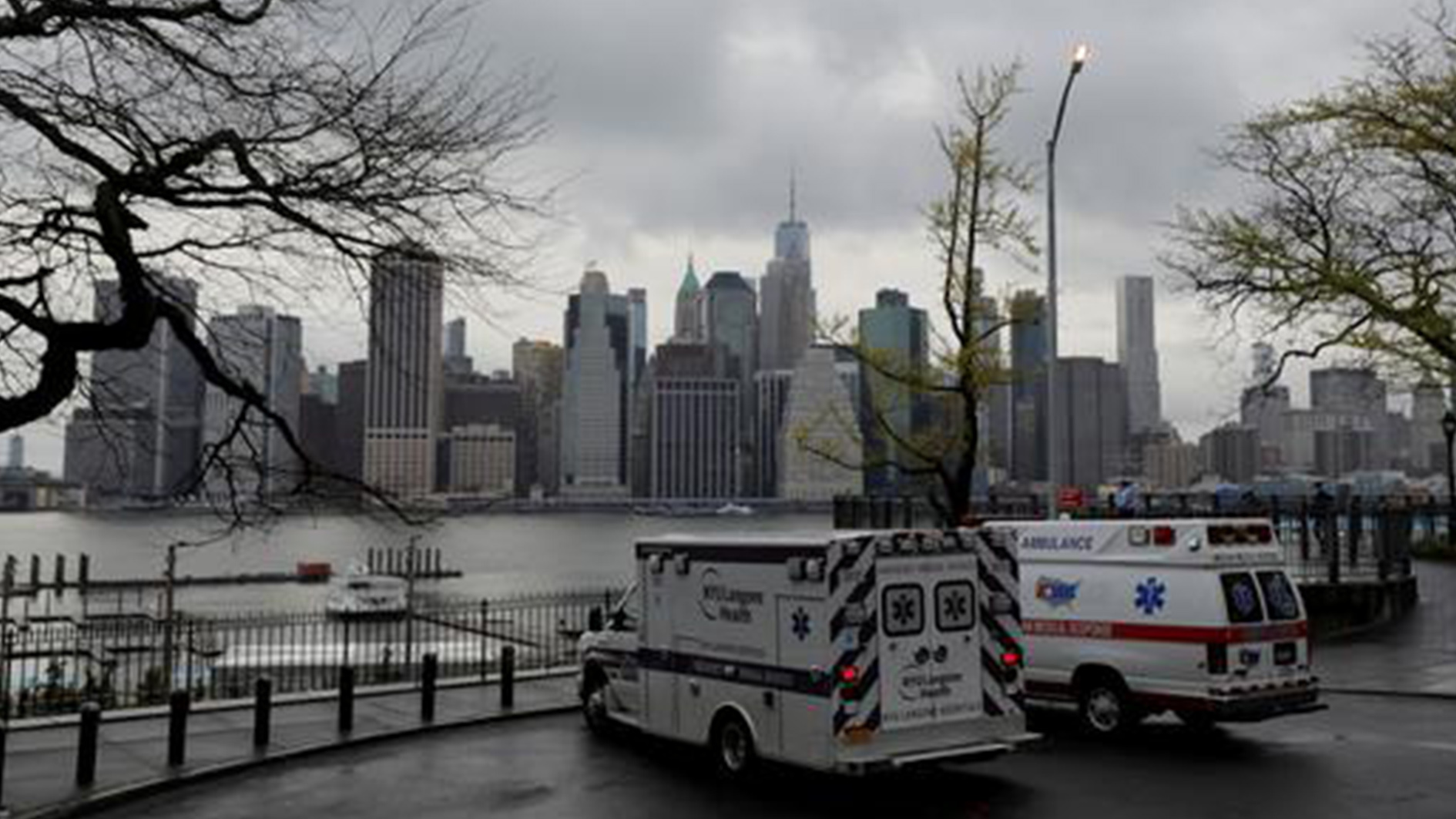 Alison Bernstein, founder and president of Suburban Jungle, a company that matches city-dwellers with suitable suburban towns, said that the demand for Suburban Jungle's service is up 450 percent from last year.

"A lot of people live in New York when they are young, but when they have kids, they move to the suburbs. I see a lot of people doing that earlier than they would have done normally," said Paul, founder of Man with a Van, a company based in New York City and Philadelphia that offers cargo delivery and moving services.

When the pandemic first hit the city, he got lots of requests from people to ship their furniture because many had left the city and abandoned their apartments. And as the pandemic unfolded, more intra-state moving occurred, with people going to suburbs, upstate, and a lot more people moving back home to live with their family.

Simon, a lawyer who works in a New York City law firm, is among the young people who left the city to hunker down in the suburbs with their parents.

He left at the beginning of April, when the case counts started to go above the curve. He considered himself lucky because he could work from home and had a car so that he did not have to use public transportation. "It was not so debilitating, because my life doesn't depend on going out." 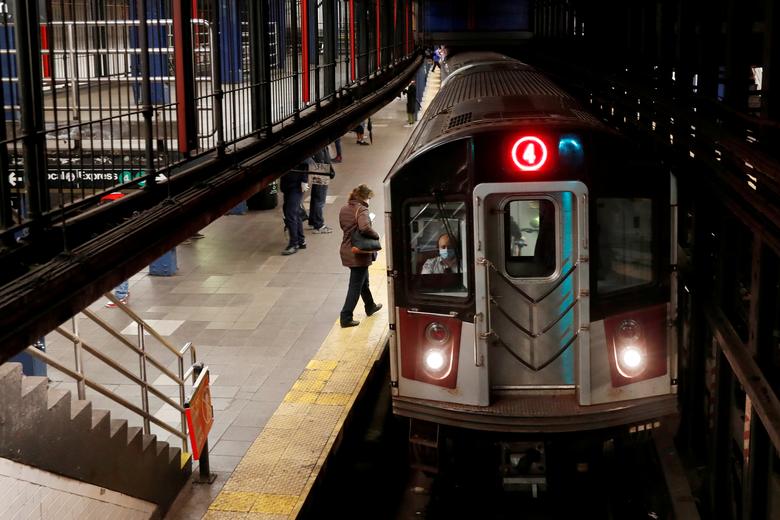 A conductor wears a mask while waiting for passengers to load into the New York City subway, U.S., April 30, 2020. /Reuters

A conductor wears a mask while waiting for passengers to load into the New York City subway, U.S., April 30, 2020. /Reuters

But his parents wanted him to return to his home state of Oregon, which at the time was the state with the second-lowest number of infections. "It was objectively more dangerous in New York given the caseload," and with the added benefit of spending time with his family, he flew back to his home state and started his 14-day quarantine.

Moving can be costly in the midst of the pandemic. "I'm catching a flight tomorrow back home," said Clément, an exchange student from France who studies political science at Columbia University. "Many of my classmates have already left."

He said since he had to end the lease of his apartment earlier than the contract stipulates, he had to pay two months of rent, a total of 4,000 U.S. dollars, for breaking the contract. "I also have to sell my furniture at lower prices to empty my apartment as soon as possible, which I didn't want to."

He contemplated leaving the city because his summer internship can't go through without a Social Security Number (SSN). But with the immigration office partly shut down after the coronavirus outbreak, the processing of his SSN request barely made any progress over the weeks.

"I can't afford the living expense in New York without my internship payment." 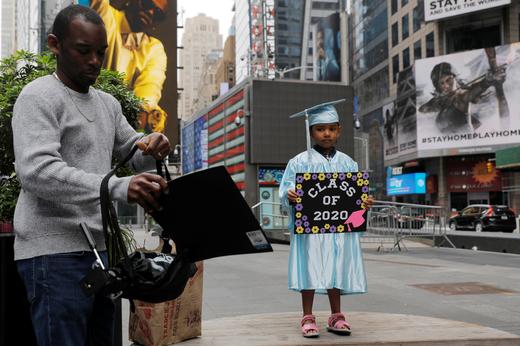 A pre-kindergarten graduate is prepared for a graduation photo in an almost empty Times Square in Manhattan, New York City. /Reuters

A pre-kindergarten graduate is prepared for a graduation photo in an almost empty Times Square in Manhattan, New York City. /Reuters

But because of the pandemic, some medical personnel are coming into the city to help. According to Marie Reine Jezequel, founder of New York Habitat, the company has almost entirely relied on providing accommodations for the medical personnel during the peak of the coronavirus spread.

With strict shelter-in-place orders, there are signs that the state is regaining control. Next week, New York City will enter its third phase of reopening. Amira has decided that she will go back to the city in a matter of weeks because school is going to reopen by the end of August.

"Now at least we know what it is," she said of the coronavirus, "and we can be smart about it." She hasn't yet got to experience what the city can offer – gourmet food from all over the world, all-season Broadway shows, or simply the feeling of immersed in diversity.

Simon, similarly, is planning on going back to New York. With a new job at hand at a local court, he needs to take part in training as part of the job preparation.

"I am worried but I realized that this is part of my job," he said. "Now it is less about being worried but more so, how I could minimize my risks."