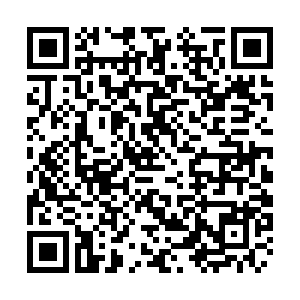 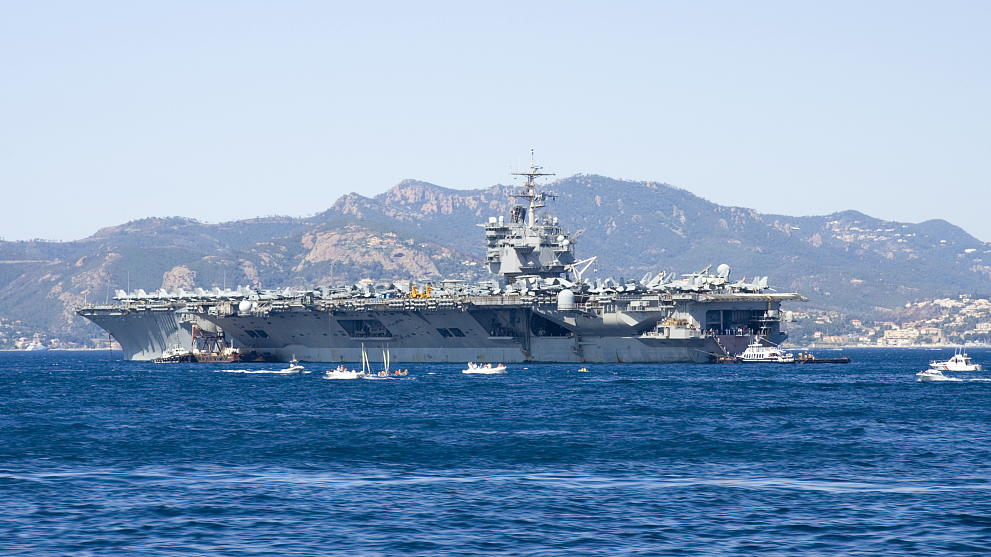 Editor's note: Ji Xianbai is a current affairs commentator. He holds a doctorate in International Political Economy. The article reflects the author's opinions, and not necessarily the views of CGTN.

In a provocative move, the U.S. Navy sent the USS Nimitz and USS Ronald Reagan Carrier Strike Groups (CSGs) to the South China Sea for a large-scale naval exercise beginning July 4 as China performed drills nearby. The U.S. claimed the purpose of involving two aircraft carriers in the exercise was to counter China's so-called "unlawful" territorial claims in the South China Sea and to ensure regional stability.

The justifications offered by the U.S. are pathetically self-defeating. For one, it was not China but the U.S. that was engaged in dangerously "unlawful" maneuverers. China has all sovereign rights and every reason to conduct defense-oriented naval operations within the borderline of its territorial sea – which has been inclusive of the South China Sea since the bygone era – whereas the U.S. possesses no legal basis whatsoever to practice with offensive weapons in the region.

For another, dispatching two U.S. CSGs to the South China Sea does not in any way promote regional stability or safeguard freedom of navigation as officially proclaimed. If anything, it serves only to escalate regional maritime disputes and provide incentives for a great power naval arms race in the South China Sea. At the same time, emboldened by the U.S. naval presence, regional countries laying territorial claims to the South China Sea maritime features and natural resources may step up brinkmanship, asserting maritime rights in unpredictable ways that increase the likelihood of confrontations and conflicts with China.

If the ostensibly "public-spirited" U.S. was really concerned with easing regional tensions surrounding the South China Sea, it should above all show greater respect for international law by ratifying the United Nations Convention on the Law of the Sea (UNCLOS) to which China is a long-standing and faithful party.

The U.S. cannot pretend to uphold international law by challenging China's legitimate South China Sea claims on the one hand while consistently doing down international law by refusing to sign up to the UNCLOS on the other. The apparent U.S. double standard on the UNCLOS shows that Washington has been treating international law with geopolitical expediency, invoking it when telling others how to behave over the governance of world's oceans and junking it when it turns around to restrain the U.S. naval hegemony. 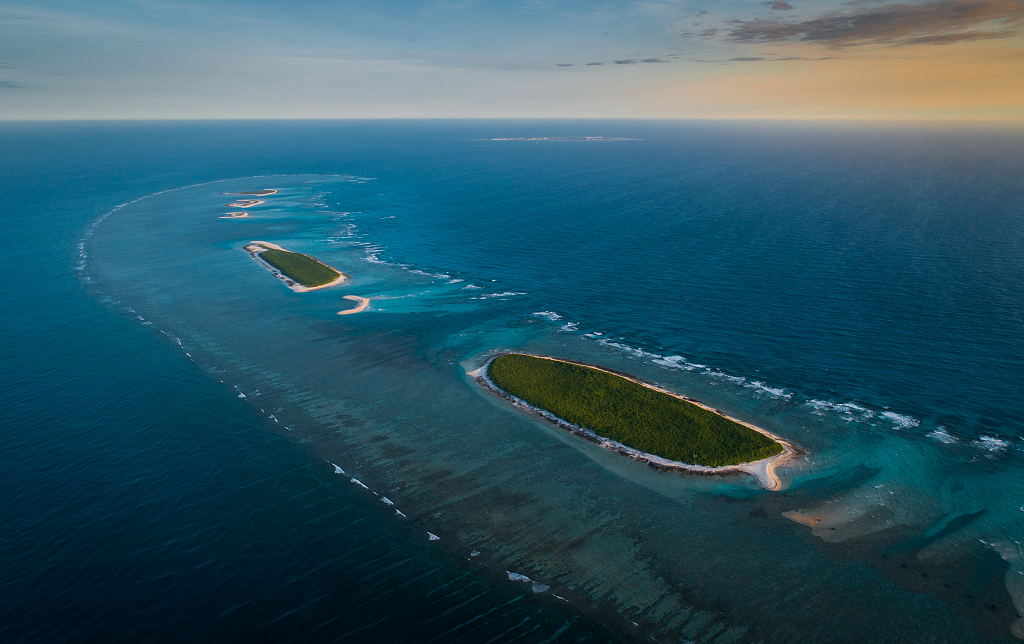 Apart from writing the UNCLOS into law, the U.S. must also demilitarize in China's neighborhood. The U.S. operates a dense network of military installations in the Pacific and Eurasian regions to strategically contain China's peaceful rise and economic advancement. According to the Base Structure Report released by the U.S. Department of Defense for fiscal 2018, the U.S. commanded 514 military bases in 45 foreign countries across the globe.

The majority of the U.S. foreign bases are located in Japan (121 sites) and South Korea (83 sites) after Germany which hosts 194 sites. Besides its heavy military presence and posture in Northeast Asia, the U.S. has considerable arsenal in Australia (six sites) and Singapore (two sites). Along the second and third island chains conceptualized partly to constrain China, the U.S. maintains a substantial contingent of forces in over 200 military and paramilitary sites across, among others, the U.S. territories of Hawaii (143 sites), Guam (52 sites), Marshall Islands (11 sites) and North Mariana Islands (five sites).

At an aggregate level, the U.S. Indo-Pacific Command has at its disposal more than 2,000 aircraft, 200 ships and submarines, and more than 370,000 military and paramilitary personnel. As the U.S. carries through the "Free and Open Indo-Pacific" strategy of the Trump administration on the back of the legacy of the Obama "Pivot to Asia" doctrine, the U.S. military presence is set to be ramped up further from the Pacific Ocean to the Indian Ocean near China.

The entrenched militarization by the U.S. in and around China's immediate neighborhood and territorial waters, including the South China Sea, is the fundamental source of regional acrimony and mutual distrust among major geostrategic stakeholders. When China is frequently confronted by the U.S. nuclear aircraft carrier combat groups at sea and encircled by layers of numerous U.S. military bases and installations in the Pacific Asia region and beyond, it is only logical and responsible for Beijing to be on high alert and stand ready to defend its territorial integrity in any eventuality and at any given time.

In short, the latest U.S. naval drill staged last weekend in the name of preserving regional stability and security in accordance with international law was a thinly-veiled self-serving geostrategic stratagem to contain China's regional clout and to encroach on China's territorial interest in the South China Sea. Make no mistakes, such devious and dangerous tactics are not conducive to regional stability. On the contrary, observing international law and ceasing the militarization of the region on the part of the U.S. point to ways to improve the volatile geopolitical dynamics in the Asia/Indo-Pacific region.