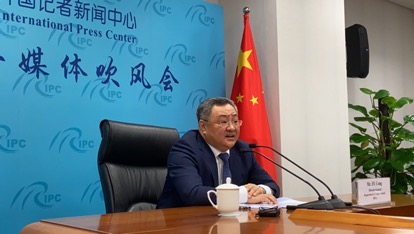 Zhang Jun, China's permanent representative to the United Nations, on Monday deposited the instrument of accession to the Arms Trade Treaty (ATT) of the People's Republic of China to UN Secretary-General Antonio Guterres.

After depositing the instrument of accession, Zhang said that the Chinese government "attaches high importance to the problems caused by illicit transfer and abuse of conventional arms. China supports the purposes and goals of the treaty and agrees on taking necessary measures to regulate international arms trade and combat illicit arms transfer."

Meanwhile, China always strictly regulates export of military articles, "with policies and management measures meeting or in some areas even exceeding ATT requirements." It is worth pointing out that China only allows export to sovereign states, not non-state actors. This fully demonstrates its high sense of responsibility. China calls on all parties to strictly regulate export of military items, disallow export to non-state actors and stop interfering in sovereign states' internal affairs through arms export, he said. 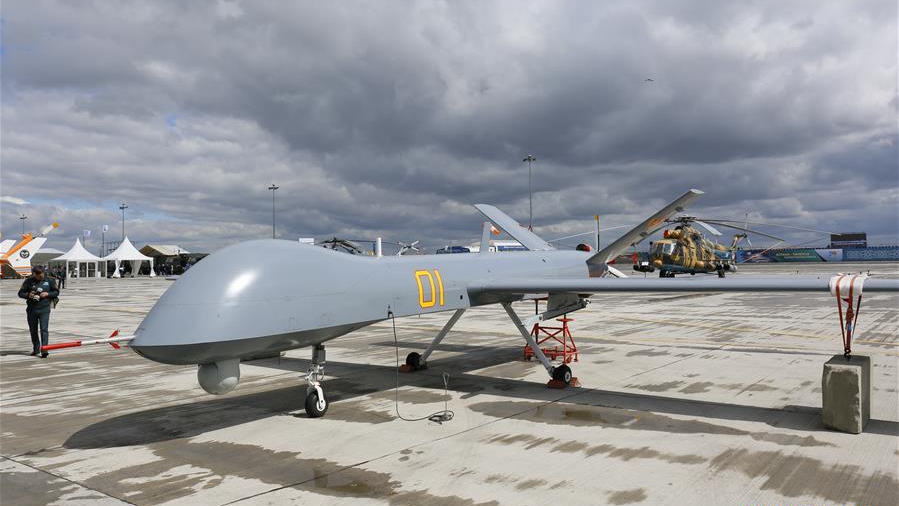 A Chinese-made military drone is displayed at the Kazakhstan Defense Exhibition in Astana (Nur-Sultan), Kazakhstan, May 23, 2018. /Xinhua

A Chinese-made military drone is displayed at the Kazakhstan Defense Exhibition in Astana (Nur-Sultan), Kazakhstan, May 23, 2018. /Xinhua

The envoy noted that accession to the ATT is another important step in China's active participation in global arms trade governance to safeguard international and regional peace and stability. "It demonstrates China's resolve and sincerity in maintaining international arms control regime, supporting multilateralism, and forging a community with a shared future for mankind. It will further enhance the treaty's universality and contribute to global security governance and international arms control process."

The Arms Trade Treaty, which aims at regulating the trade of conventional arms and cracking down on illicit arms transfers, was adopted by the UN General Assembly on April 2, 2013, and entered into force on December 24, 2014. It now has 107 states parties with China's accession. 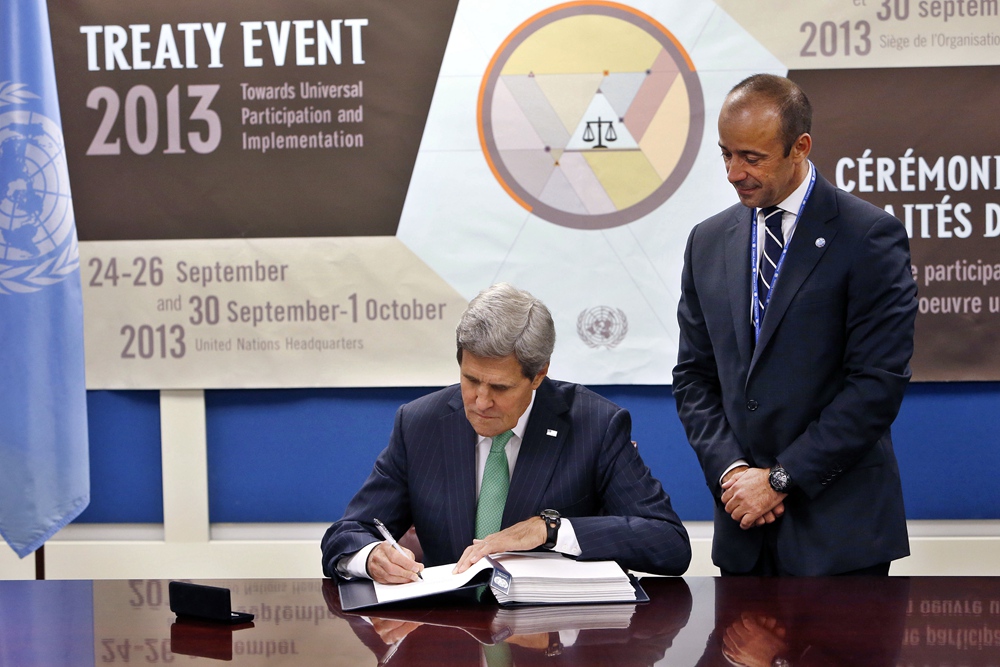 Then U.S. President Barack Obama's administration signed the treaty in 2013, but it was opposed by the National Rifle Association and never ratified by the U.S. Senate.

President Donald Trump said in April last year that he intended to revoke the status of the United States as a signatory.

In July 2019, the U.S. told Guterres that Washington did not intend to become a party to the treaty and that it had no legal obligations from its 2013 signature.

The world is facing many challenges, and unilateralism has become the source of trouble. A certain country has quit multilateral arms control agreements and international treaties and organizations in succession, walked away from international commitments, and launched acts of unilateralism and bullying, said Zhang. 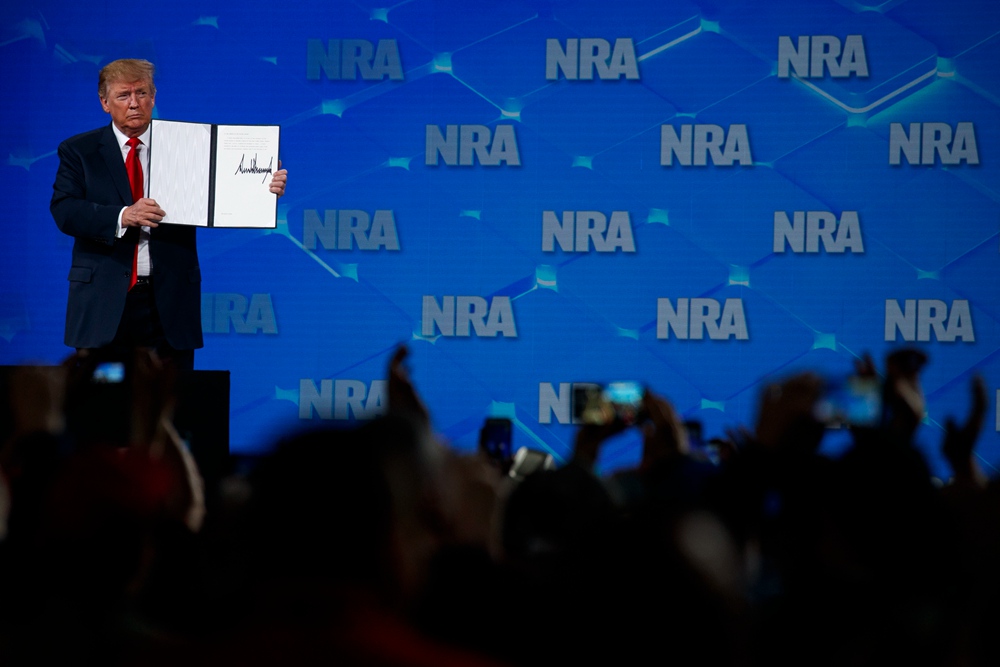 U.S. President Donald Trump holds up a letter to the Senate about the Arms Trade Treaty as he speaks to the annual meeting of the National Rifle Association in Indianapolis, U.S., April 26, 2019. /AP

U.S. President Donald Trump holds up a letter to the Senate about the Arms Trade Treaty as he speaks to the annual meeting of the National Rifle Association in Indianapolis, U.S., April 26, 2019. /AP

"This has brought huge uncertainties to the global strategic balance and stability, and seriously undermined the joint efforts of all countries to tackle global challenges. At this critical moment, major powers need to honor commitment, shoulder responsibilities, and set an example by contributing to safeguarding the international order, the rule of law, the role of the UN and multilateralism," said the envoy.

Zhang said that China will continue to "take the side of multilateralism and fairness and justice, abide by the purposes and principles of the UN Charter, uphold international arms control treaties and regimes, and make greater contribution to shaping a well-regulated and sound order for arms trade, maintaining international peace and stability, and promoting common development of the world."