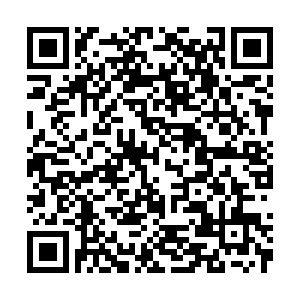 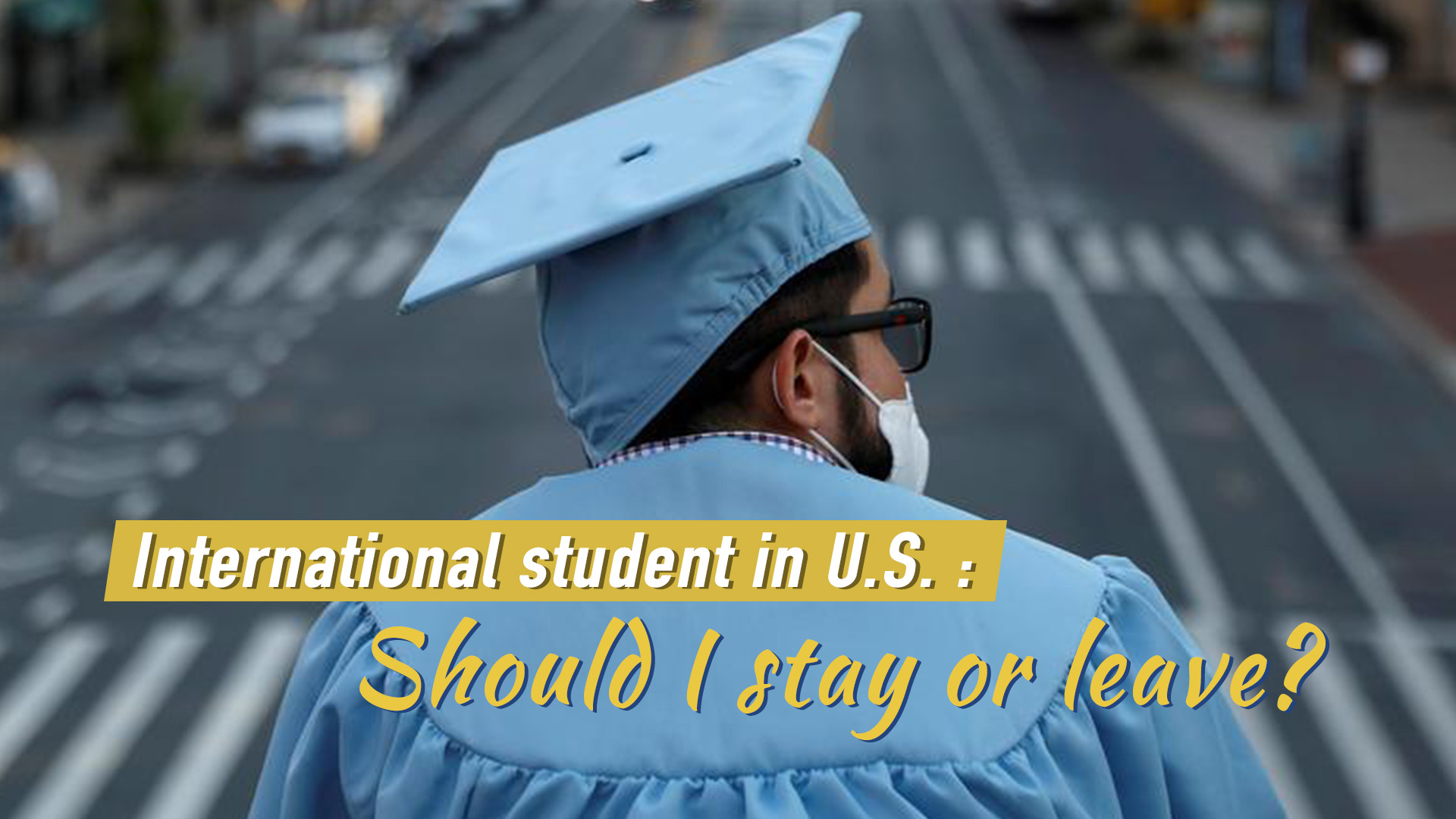 The United States said Monday international students may have to leave the country if their universities switch to online-only courses for the 2020 fall semester due to the COVID-19 pandemic. Otherwise they will risk violating their visa status.

The guidance announced by the U.S. Immigration and Customs Enforcement (ICE) agency applies to holders of F-1 and M-1 visas, which are for academic and vocational students. According to the agency's data, the State Department issued 388,839 F visas and 9,518 M visas in fiscal 2019.

"Nonimmigrant F-1 and M-1 students attending schools operating entirely online may not take a full online course load and remain in the United States," ICE said in a statement.

"Active students currently in the United States enrolled in such programs must depart the country or take other measures, such as transferring to a school with in-person instruction to remain in lawful status," ICE said.

If not, they may face immigration consequences including, but not limited to, the initiation of removal proceedings, the statement further read. 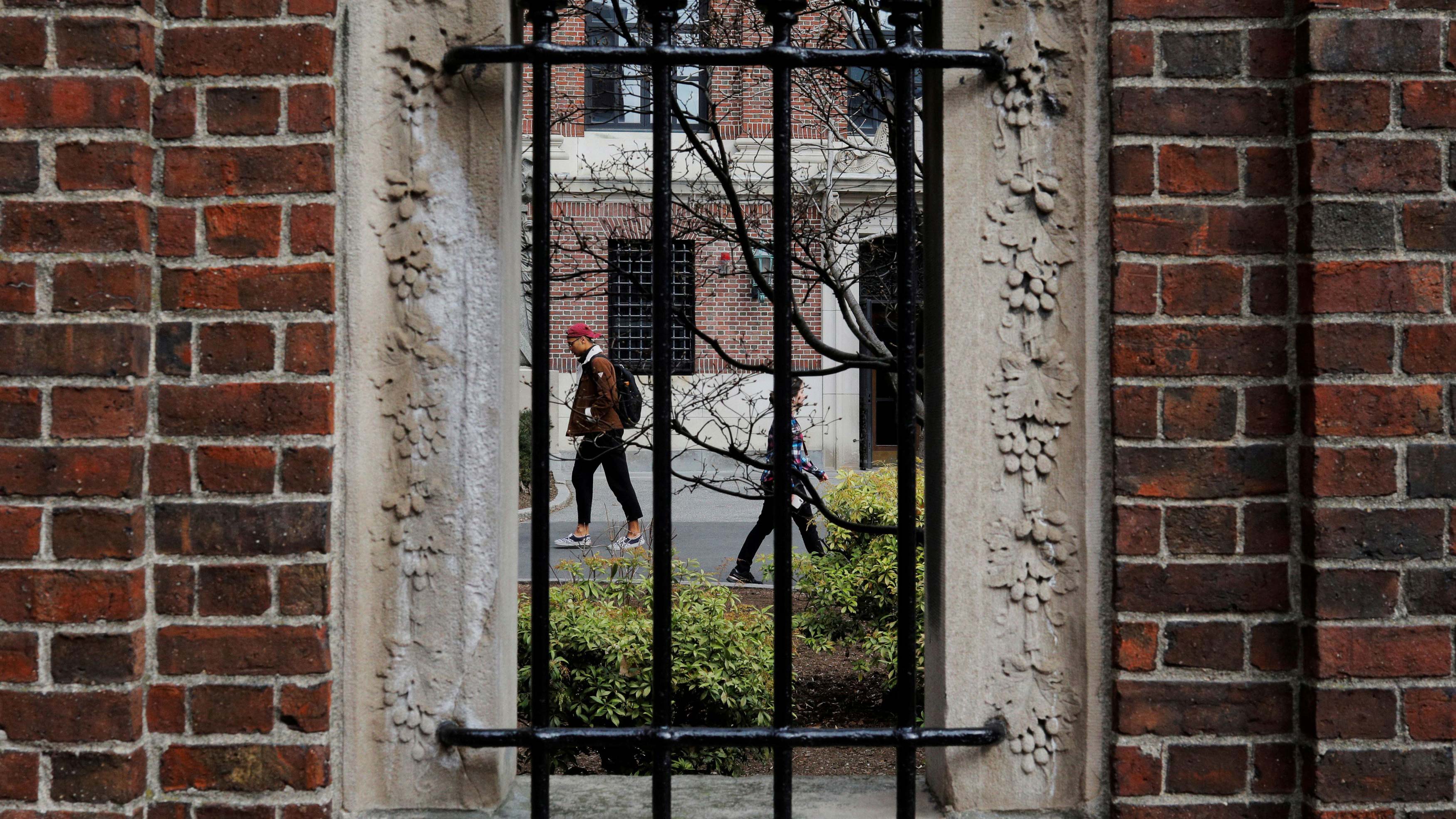 The new rule is likely to force U.S. colleges and universities to make a tough choice: reopen schools amid the pandemic at the risk of further spreading the virus, or keep the schools shut down while running the risk of losing international students.

China remained the largest source of international students in the U.S., followed by India, South Korea, Saudi Arabia and Canada.

Though the new rule states that students can transfer to a new school to remain in lawful status, many say this is not a viable option.

"Transferring to a new school amid the pandemic is difficult. On top of that, how could schools have the capacity to host so many international students?" asked a J.D. student at Berkeley Law School who requested to stay anonymous.

After the new rule was announced, he sent a letter to the dean of his law school, inquiring if the school is going to take any action. He was then approached by the school's dean, asking if he would be interested in being one of the plaintiffs if a lawsuit is filed challenging the new rule. 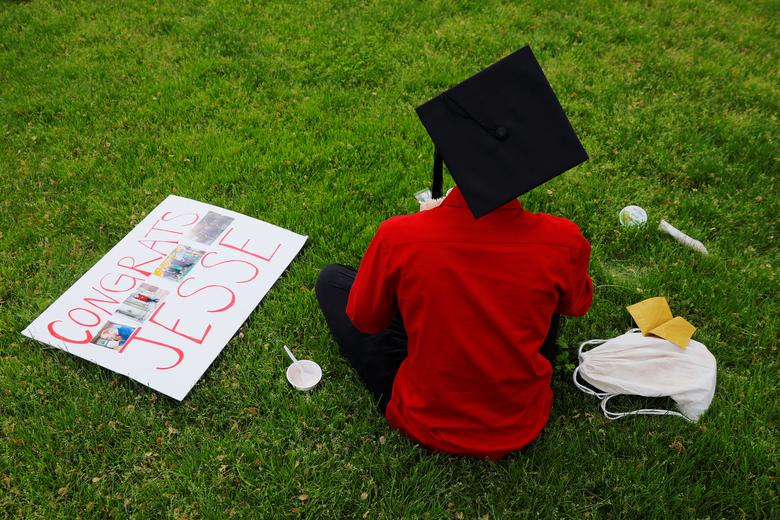 A graduate from the School of Law before Harvard University's virtual Commencement Exercises in Cambridge, Massachusetts, May 28. /Reuters

A graduate from the School of Law before Harvard University's virtual Commencement Exercises in Cambridge, Massachusetts, May 28. /Reuters

As they file the lawsuit, they are also going to ask for a nationwide preliminary injunction to block the new rule from coming into effect, according to the student. Similar to the litigation challenging the Trump administration's decision to terminate Deferred Action for Childhood Arrivals, the new rule can be challenged on the ground that "it is arbitrary and capricious" and is in violation of equal protection and due process rights.

According to Aaron Reichlin-Melnick, who works as the policy counsel at the Washington-based think tank American Immigration Council, the new rule is "almost certainly going to be challenged in court."

This is not the first time in the year that modifications to international student policies were announced.

Earlier in the year, a temporary exemption for online courses in the spring and summer semesters were announced, which allowed non-immigrant students to take more online courses than normally allowed to maintain their non-immigrant status during COVID-19, as schools nation-wide came to adopt online-learning. 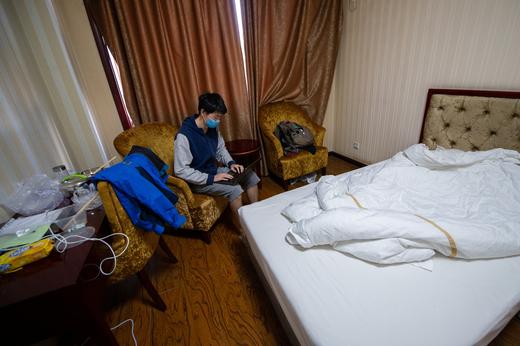 An overseas Chinese student wearing a face mask uses a laptop at a room inside a hotel being used for centralized quarantine, Taiyuan, Shanxi province, China. /Reuters

An overseas Chinese student wearing a face mask uses a laptop at a room inside a hotel being used for centralized quarantine, Taiyuan, Shanxi province, China. /Reuters

An incoming Chinese graduate student from Johns Hopkins University said that many international students around her are planning to request an admissions deferral, as visa processing is very slow in the midst of the pandemic.

On top of that, a new Department of Transportation Order banning Chinese airlines from flying to and from the U.S. means it is very hard for Chinese students to book a flight to the U.S. to catch the fall semester.

But for students on a one-year master program, or programs of shorter term, such as an MBA program, whether or not the school will grant deferral is uncertain, said Fu Yingtao, founder of Uncle Cherry (Beijing) Culture Development, an education consulting agency that helps students apply for universities abroad.

President Donald Trump, who is campaigning for reelection in November, has taken a bullish approach to reopening the country even as virus infections continue to spike in parts of the country, particularly the south and west.

"SCHOOLS MUST OPEN IN THE FALL!!!" he tweeted Monday.

With more than 130,000 deaths linked to the novel coronavirus, America now is the hardest-hit country in the global pandemic. 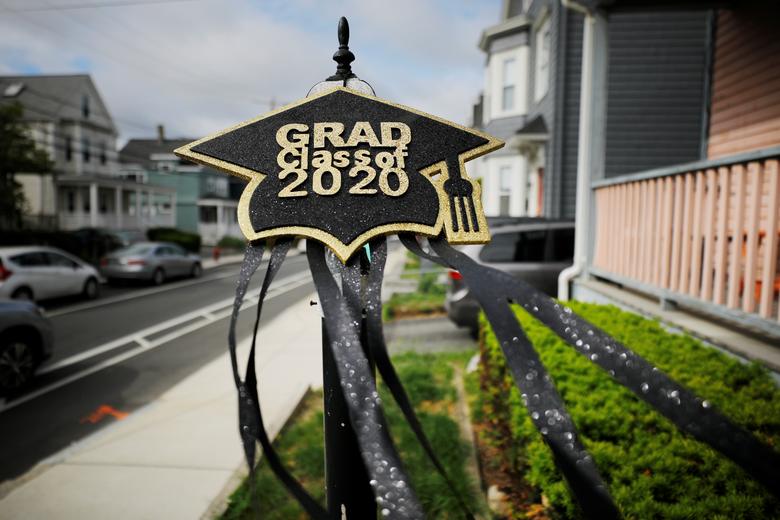 A graduation sign outside a home reads "Grad Class of 2020" as in-person high school and college graduations and commencements have been cancelled in Somerville, Massachusetts, May 28, 2020. /Reuters

A graduation sign outside a home reads "Grad Class of 2020" as in-person high school and college graduations and commencements have been cancelled in Somerville, Massachusetts, May 28, 2020. /Reuters

Starting from March, the Department of State suspended routine visa services at all embassies and consulates worldwide, leading to the application of employment-based and family-based immigration virtually impossible.

In June, President Trump froze the issuing of green cards, which offers permanent U.S. resident status, and some work visas, particularly those used in the technology sector, with the stated goal of preserving jobs for Americans.

The administration has used the pandemic to pursue policy changes it has sought to implement for years, according to a report published by the American Immigration Council, such as a near elimination of asylum at the southern border and a reduction of family-based immigration.

It appears that Trump is targeting immigrants to placate his political base, which are considered crucial to help him win the re-election this year. Restrictive immigration policies are often touted by the Trump campaign team as prime examples of Trump's "America First" approach.

"If the economy does not reopen, then Trump loses the chance to tout an economic recovery under his administration policy, which is not favorable for his reelection campaign," said Diao Daming, associate professor at Renmin University of China.

The administration's hostile approach to immigration has already forced many international students to reconsider their choices of studying in the U.S.

Shortly after the new ICE rule was published, parents and students scrambled to reach out to educational consulting agencies asking for solutions, said Fu.

"The Trump Administration's frequent policy changes left students and parents in disarray…If he is re-elected, I would advise my students to transfer to non-U.S. schools because of the unpredictability," he noted.