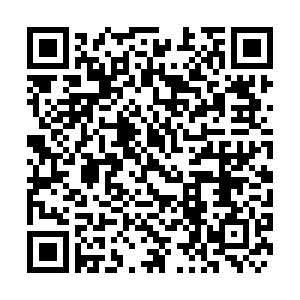 Xi made the remarks during his telephone conversation with Russian President Vladimir Putin.

He added that the Chinese side is willing to continue working with the Russian side in firmly supporting each other, rejecting external sabotage and intervention, safeguarding respective national sovereignty, security and development interests and upholding common interests.

China and Russia have been supporting each other at the height of the battle against coronavirus, which has enriched strategic connotation to Sino-Russian relations in the new era, Xi said.

Calling for preparedness in mind for and work to cope with a prolonged pandemic, Xi said the two sides should study and adopt flexible and diverse ways to promote cooperation in various fields and speed up the resumption of work and production.

Xi also called on the two sides to take the Year of Scientific and Technological Innovation as an opportunity to enhance exchanges and cooperation in fields including high technology, vaccine and drug research, and biosafety to push forward bilateral ties to a higher level, assist the development of both countries and better benefit the two peoples.

Beijing stands ready to work with Russia to coordinate and cooperate closely within the UN and other multilateral frameworks, safeguard multilateralism, oppose hegemonism and unilateral acts and jointly safeguard international equity and justice, Xi said.

The Chinese president believes that the two sides can make greater contributions to improving global governance and promoting the construction of a community with a shared future for mankind.

He stressed that the Russian side opposes all kinds of provocative actions that violate China's sovereignty, and believes China is fully capable of ensuring long-term prosperity and stability in Hong Kong.

Recalling how Russia and China reached out to help each other since the epidemic outbreak, and the recent participation of the Guard of Honor of the Chinese People's Liberation Army (PLA) in Russia's Victory Day parade, the Russian president said they demonstrate that China and Russia both cherish their own sovereignty and security and will always firmly support each other.

Noting that bilateral ties are at their highest point in history, Putin said Russia is prioritizing its diplomatic relation with China.

Moscow is willing to work with China to continue to promote pragmatic cooperation between the two countries in various fields, strengthen strategic communication and coordination under the framework of the Shanghai Cooperation Organization (SCO) and the UN and safeguard global strategic stability and security, he added.

Putin also passed on his sympathy to those suffering from the rainstorms and flooding in southern China.