Fighting the coronavirus pandemic amid the China-U.S. rift
By Wang Xiaonan 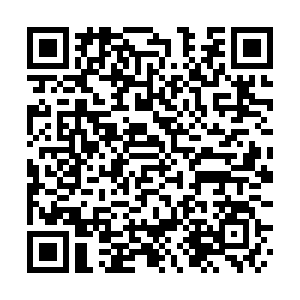 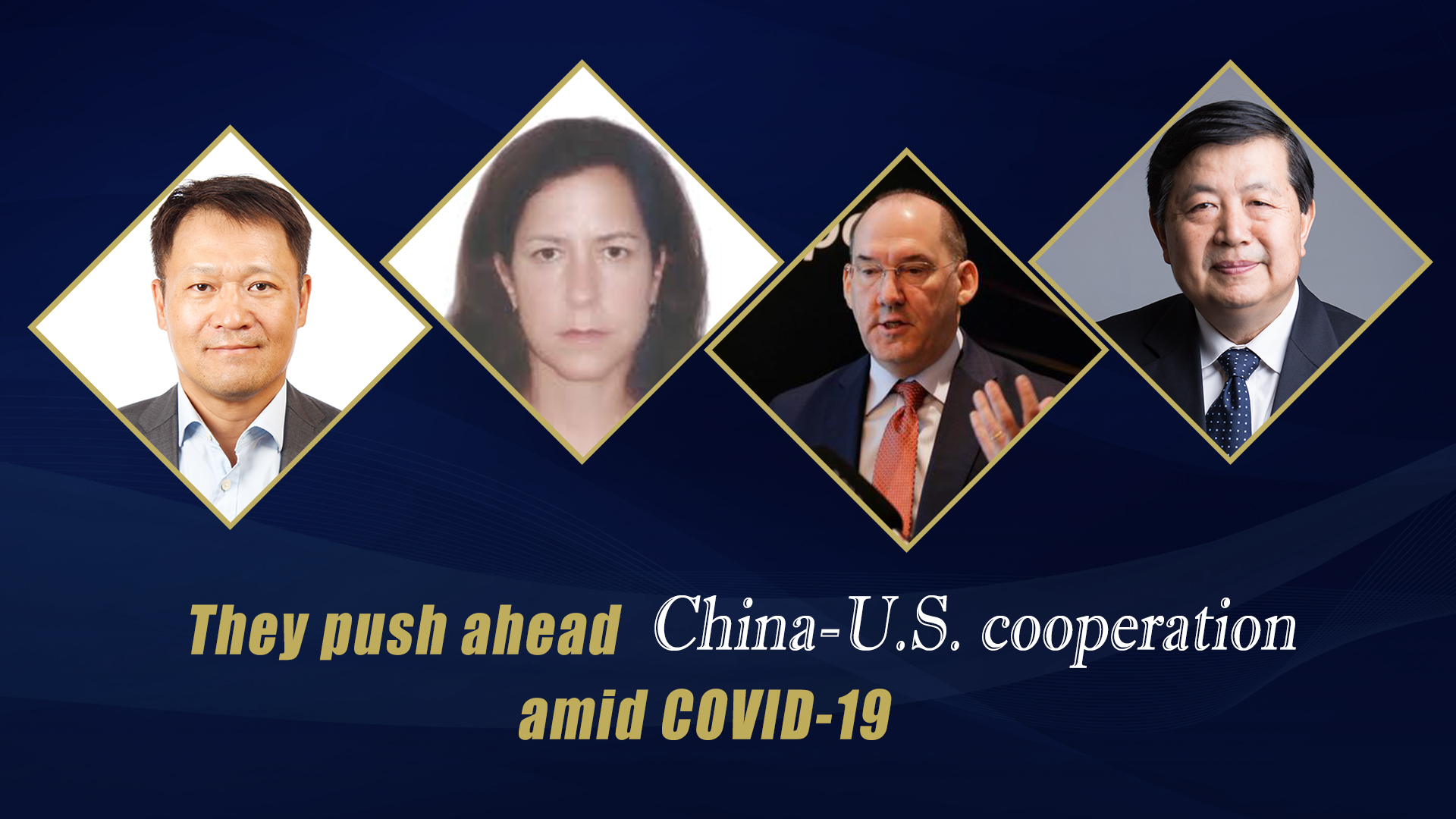 While the years-long trade war has yet to recede, the coronavirus pandemic is further fueling the estrangement between China and the U.S. Over the past months, toxicity from COVID-19 has evolved into toxicity in politics as the two nations drift further from their four-decade-long engagement policy. Fears of decoupling and a new cold war dominate today's rhetoric about the entanglement of the world's two economic titans.

In the worst crisis since World War II, China-U.S. collaboration is crucial to guaranteeing the world's supply chains and value chains as well as to the revival of the global economy, which is projected to shrink by 3 percent this year because of the pandemic. But given the Beijing-Washington political rift, could the two sides still close ranks to help people in distress?

A report released by the Center for China and Globalization (CCG), a Beijing-based non-governmental think tank, reveals efforts by the business community, the tech realm and the medical sector, as among the forces that go against the tide of bilateral adversity. CGTN talked to several experts at a recent CCG-hosted forum in Beijing. These individuals provide a glimmer of light through the dark channel in the development of China-U.S. ties.

Alan Beebe, president of the American Chamber of Commerce in China

Half of our job (the American Chamber of Commerce) is just providing information, sourcing it, verifying it, then communicating it. The availability of information and the transparency of information – that was a big challenge (during the COVID-19 pandemic) and I think that needs to be improved in both China and the United States. In the United States, for example, how do you coordinate all the different signals that are coming from the federal level versus at the state level?

For the most part, everybody is well intentioned, but aligning all of the various interests whether they be from government, NGOs or from companies in a way that was the most efficient. So there was a fair amount of duplication of effort out there that I think if we are going forward that there are ways that we could coordinate more effectively.

What we're doing in the next half of 2020 is to focus on social impact. So beyond financial donations, what other ways that our member companies can support China in the areas of pubic health reform and revitalizing small and medium-sized enterprises.

Unfortunately, we've seen and continue to see national interests and politics entering the fray, whether that be between the U.S. and China or other countries. I think that's something we need to continue to work on, especially non-governmental organizations, to really focus on human lives, human health and the economics, to minimize the impact that this will continue to have on the economy.

Let's not forget COVID-19 doesn't recognize politics or borders. This is a matter of science.
-  Alan Beebe

The Peking Union Medical College was founded in 1921 by the Rockefeller Foundation – a symbol of China-U.S. friendship.

Even since the COVID-19 outbreak, I caught the last flight from Boston to Beijing. I organized my students to translate CDC guidelines to deal with public health emergencies. Now we need to go from bringing in international experiences to the other way around. It's like fighting against terrorists. You don't know how many cells, or where they are, so the first responders naturally became the masters of the fighters of the second or third wave of the pandemic.

I often give online courses to American faculty members and students. My wife, serving as the president of the U.S.-China health summit based in Boston, has organized a volunteer group from MIT, Harvard and other institutions in the Greater Boston area. One is to publish special research papers – they've already published 75 editions of COVID-19 Daily. The other is to host weekly webinars inviting both American and Chinese scientists to share what's the cutting-edge status of science because ultimately science will save the world. Everybody is very curious about where science is going right now.

Information and science are important, but not sufficient. We need a really enlightened, informed leadership. As a scholar back from the U.S., my expertise was fully utilized here. China, in my view, has been practicing evidence-based policy-making process. A recent example is President Xi personally chairing an experts' committee, composed of seven leading public health emergency and legal experts providing briefings to him. The interaction between scientists and policymakers are going on a daily basis.

I would be the last one to expect that the U.S. has become the new epicenter of the pandemic, with the confirmed cases exceeding two million and a death toll of over 200,000. Come on, this is the richest country in the world, it has the largest reservoir of scientists, but the scientists in the U.S. nowadays are often sidestepped, and we are disappointed that politics is entangled with the fight to save human lives.

We only have one enemy. We are really fellow soldiers on a united front. This is a global war and nobody can be spared.
-  Liu Yuanli

On healthcare and education side of things, I do a lot of philanthropic activities.

From the outset, NGOs have played a critical role from the beginning to today.

Now, you see a lack of leadership at the national level.

I started getting calls from hospitals and healthcare providers in Massachusetts and New York, (my father was a doctor at Massachusetts General,) and from friends in Washington, the state department and the World Bank. They started actually in March lobbying the FDA to change the import restriction on ventilators. So basically these are doctors and healthcare providers in the United States who are panicking because they didn't have masks and PPE. So I started working through the private sector in China through my husband, through friends, through organizations like ByteDance, Alibaba and Tencent that were very helpful in getting a New England Patriots team plane landed so we could get PPE and masks here in Massachusetts.

So this was all really company-to-company and people-to-people. As we mentioned, very rarely did we get a shout out in the media or from the Trump administration saying thank you.

The lack of local leadership to address the pandemic leads to the outcomes that we have today.
-  Dede Nickerson

On January 29, Qualcomm donated 7 million U.S. dollars to China in the wake of the coronavirus outbreak. Within half a month, a total of 20 negative pressure paramedic ambulances purchased with part of the donation were sent to Hubei Province and then allocated to Wuhan, Xiaogan and Huanggang – all the hardest-hit cities throughout late January and February. In addition, we sent nearly 2,000 protective gears to medical workers in the Wuhan Union Hospital by the end of February.

Apart from the medical essentials, we also helped students in remote or impoverished regions gain access to online learning. As schools shut down nationwide, a number of students with patchy home internet connections, especially in rural areas, were put at risk of trailing their better-connected peers. To address this problem, we provided laptops and other mobile devices through China Children and Teenagers' Foundation for students in Tongjiang, a county in northeast China's Heilongjiang Province. Tongjiang is home to most of the Hezhe people, one of China's smallest minorities, and was only lifted out of poverty in May 2019.

Across the pond, Qualcomm donated 1 million U.S. dollars to The San Diego Foundation to help vulnerable populations in the U.S., now the epicenter of the pandemic. We also offered investments to the The United Nations International Children's Fund in purchasing essential emergency equipment and remote learning devices.