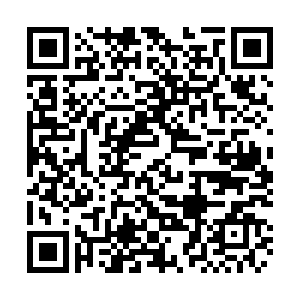 The metallic element lithium can be generally produced in Sun-like stars after they go through a helium flash, according to a study by Chinese astronomers, published in the latest journal Nature Astronomy, solving a mystery that has baffled astronomers for 40 years.

As one of the three elements generated during the Big Bang 13.7 billion years ago, lithium has been an important topic in studying the evolution of the universe and the stars.

In previous studies, astronomers regarded lithium as fragile, and easily destroyed in the hot interiors of stars. They believed that lithium gradually disappears as stars evolve.

However, some lithium rich Sun-like stars were discovered as observation technology improved. Where the lithium originated has been a puzzle for astronomers until now.

Researchers from the National Astronomical Observatories of the Chinese Academy of Sciences found that the lithium content on Sun-like stars surges after a helium flash, based on data from China's spectroscopic survey telescope (known as LAMOST), the Australian stellar survey GALAH, and another star survey from a space mission known as GAIA.

A helium flash is a symbolic event in the evolution of Sun-like stars. In the late stage of a star's evolution, as helium accumulates at its core and causes its temperature and pressure to rise, the huge helium core is finally ignited, releasing enormous amounts of energy within minutes with a violent, nuclear combustion.

The researchers discovered that the lithium content of the observed stars is 200 times higher than theoretical predictions, on average, after a helium flash. This is an inevitable event in the evolution of Sun-like stars, indicating that they generally produce lithium after a helium flash.

The research to follow will focus on exploring the nuclear fusion related to the production of lithium, said Zhao Gang of National Astronomical Observatories, Chinese Academy of Sciences, leading researcher of the study.

(Cover image: A cosmic homicide in action, with a wayward star being shredded by the intense gravitational pull of a black hole that contains tens of thousands of solar masses in an artist's impression. /Reuters)